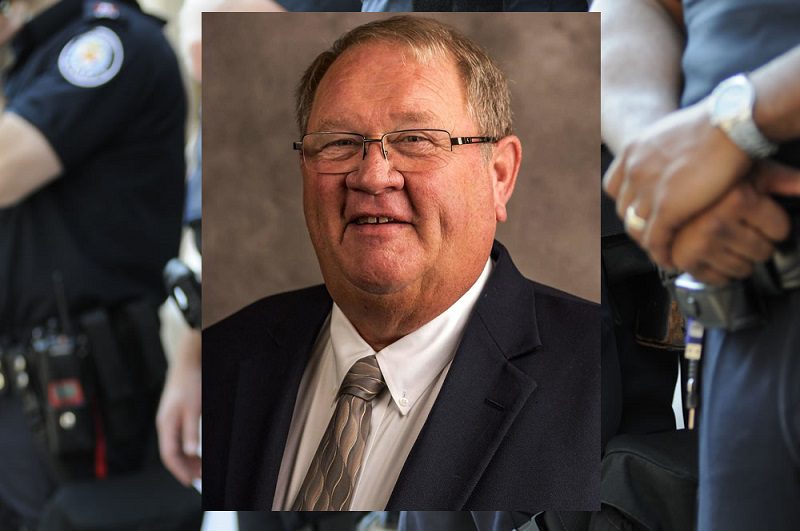 On Monday, April 20, 2020, Louisiana lost a veteran law enforcement officer, a top prison warden, to complications from coronavirus. Warden Wilmot Sandlin “Sandy” McCain, age 67, was exposed to the virus while on the job at the Raymond Laborde Correctional Center. He had served the Department of Corrections for 24 years. Warden McCain achieved a great life-long career. Always one to give back, Sandy had been holding a Lifetime Ambassador for the United States Jaycees.

DOC Secretary James LeBlanc made a brief public statement regarding Warden Sandy McCain. “Warden Sandy McCain died following a lengthy battle after testing positive for COVID-19. Warden McCain had been with the department for more than 24 years, serving the last four years as Warden of Raymond Laborde Correctional Center. In addition to being a respected leader and a gentleman, he was a dear friend.”

It was a month before his passing that Warden McCain decided to self-quarantine when he tested positive for the virus. Since then, he had been treated at the Rapides Regional Medical Center.

Sandy McCain was a graduate of Northwestern State University in 1977. For the first 21 years, McCain worked in the private sector. He was hired by the Louisiana Department of Corrections in 1996. His first assignment was as an administrative director at Work Training Facility North.

He received a promotion in 2002 and moved to the rank of deputy warden of the J. Levy Dabadie Correctional Center. He eventually attained the rank of Warden at the facility, but the center was closed in 2012.

His position moved to a variety of assignments when in 2016, he returned as Warden of the Raymond Laborde Correctional Facility. Overall, he gave 24 years of his life in service as a law enforcement provider for the DOC.

Louisiana correctional facilities are all fighting the onslaught of coronavirus throughout the population of inmates, guards, and other administrative workers. The same day that it was announced that Warden Sandy McCain passed away from this deadly virus, others also lost their battles with the disease.

From the same facility, the Raymond Laborde Correctional Center, the Medical Director Dr. Casey McVea, passed away just a day before Warden Sandy. Dr. McVea had served the department for more than ten years.

On the same day that Warden Sandy’s death was announced, the prison where he was the Warden, the Raymond Laborde Correctional Center, announced a severe outbreak along with the death of an inmate. The inmate was 69 years of age and had underlying health issues that caused complications with the virus. His name has not been released.

Warden Sandy McCain was assigned to the Raymond Laborde Correctional Center. This facility is where it is suspected that he caught the illness.

Warden McCain will be missed most by his large family. He leaves behind his wife of 45 years and two sons. He also had siblings, seven grandchildren, and many nieces and nephews. The family had looked to him as their respected leader. In light of the health crisis, the funeral was held privately.