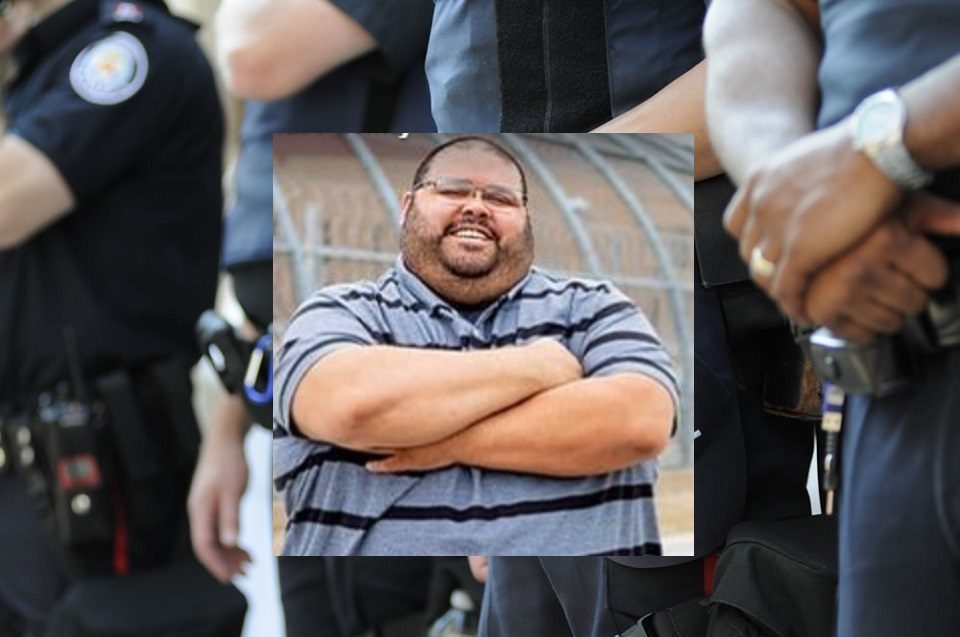 Kansas authorities are facing the loss of a local law enforcement officer. COVID19 has severely impacted the lives of officers and first responders across the country. On Tuesday, December 22, 2020, Unit Team Supervisor Gabe Morales passed away from complications of the virus. He was 42 years old. Morales likely contracted the virus during his duties at the El Dorado Correctional Facility. He was a family man who lost his life protecting his community during a pandemic.

Staff at the El Dorado Facility gave some history regarding Supervisor Morales. He began his career with the KDC with an assignment at the Winfield Correctional Facility in May 2014. His first position was as a Corrections Counselor. In July 2015, Morales was promoted to Program Provider at the El Dorado. He was excited when recently, on November 1, 2020, that he had received a promotion to Unit Team Supervisor.

Morales was proud of the work he had been doing with the KDC. Part of his responsibilities was working to prepare inmates for their life after their sentence was up. He also created a partnership with Youth Entrepreneurs to offer business and life-skills courses at the prison.

When the program took off, Morales stated to the local media. “They can learn to be passionate about something positive, and they understand that win-win inside the facility can be good for everybody. If it’s good for them and the facility, life will be a little bit easier. You want these guys to learn to think positively.”

The Kansas Department of Corrections employed Morales. The agency manages all of the state’s correctional facilities for juveniles and adults. Headquartered in Topeka, Kansas, the department also oversees the state’s parole system and the state Prisoner Review Board.

The KDC maintains approximately 3500 employees to cover their twelve correctional facilities. Eight are adult prisons, three are smaller satellite locations, and there is one juvenile facility in the state.

Supervisor Morales was assigned to the El Dorado Correctional Facility. El Dorado is located in Butler County, Kansas. It is a mixed custody prison that holds over 1,600 medium and maximum custody prisoners. The prison itself consists of the Central Unit, the Southeast Medium Unit, and the Southeast Minimum Unit. The Central Unit houses maximum-security offenders who are challenging to manage or show signs of violence.

The El Dorado facility is also responsible for receiving and diagnosing all male offenders in Kansas. After processing, many are sent to their permanent facilities, which have programs that match the offender’s needs.

Unit Team Supervisor Gabe Morales was a family man who sadly passed away just days before Christmas. He is survived by his wife, two children, mother, and three siblings. The pandemic is changing holidays for families today and their futures, as it leaves an emptiness in its path. The community, coworkers, friends, and neighbors will help hold this family together in their time of grief.

The El Dorado Correctional Facility gave a brief statement sharing their grief and their condolences for the Morales family. “Gabe was a wonderful asset to the department and to the residents that participated in his programs. Please keep Gabe’s family, friends, and coworkers in your thoughts and prayers.”

Ruth Morales, Gabe’s wife, spoke of how his presence will be sorely missed. She also commented on how Gabe was an excellent father and very close to his children. She stated that he was”‘involved’ was one of the best ways to describe her husband, especially when it came to their two children. He was at all of their sports stuff and loved it. If he had a weekend off with no sports, he was upset because he was always wanting to do something with the kids.”