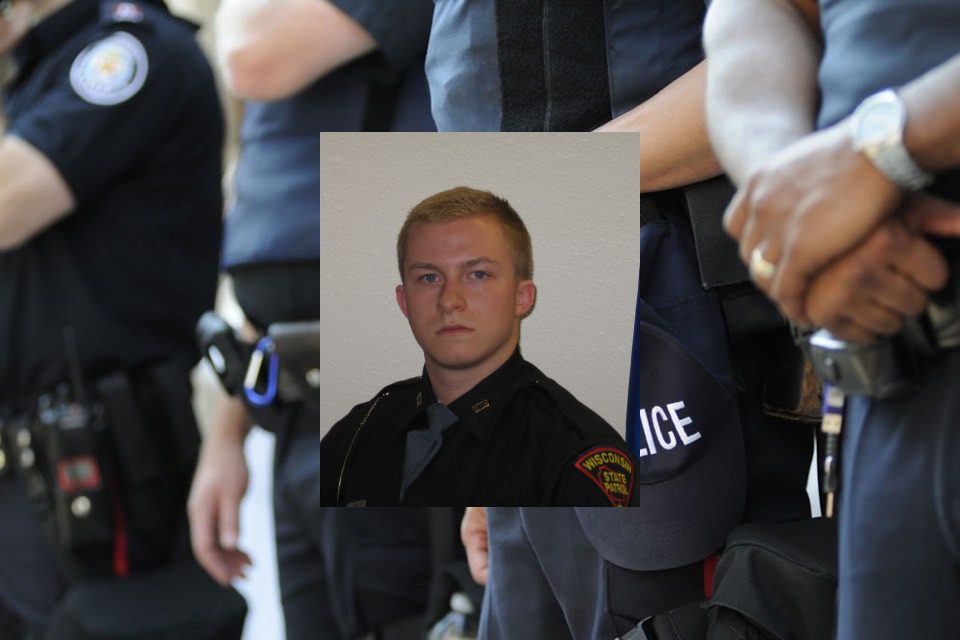 There is something about this job that attracts youth. Maybe it’s recruiting efforts, maybe it’s the idea that it’s a physical job dressed as a professional career. Maybe it’s the idea that among all other professions available, this one offers work that is so incredibly different from what a young person can find. Whatever it is, law enforcement is defined in the modern era by a youth movement. Which brings us to our next officer.

Trooper Casper was 21 years old. While most 21-year-old citizens are in academic crisis concerning their undergraduate minor, or are still living at their parent’s home, Trooper Casper was not. Known always as a young man who helped people, it was clear early on in his childhood that Trooper Casper was heading for a career in service to others. While attending Lakeshore Technical College, he participated in the school’s color guard, and was president of the student government. Growing up, Trooper Casper was a competitive soccer player and wrestler. He was well known as being a true big brother to his sisters, Lauren and Olivia. When he made selection as a Wisconsin State Trooper Cadet, his father, Kevin, noted how ecstatic he was, that it may have been his greatest sense of accomplishment.

Trooper Casper completed the six-month training academy, and then entered the 14-week field training program. If you asked Trooper Casper about going on shift by himself, he was more than ready. He remarked to his father that he had been waiting for this day, and now it finally arrived.

He went out on shift at 3:00 P.M., on Tuesday, March 24th, 2015. He was on a traffic stop, just completing the task when he was dispatched to respond to an armed robbery suspect location. Earlier in the day, Steven Timothy Snyder had robbed the State Bank of Florence in Wausaukee, and had shot 59-year-old Thomas Christ, who confronted him after the robbery about where Snyder had parked, without knowing what Snyder had just done. The FBI had quickly been involved in the bank robbery investigation, and were able to ascertain that Snyder fled south, at which point they contacted WSP to have on-duty troopers make a high-risk traffic stop.

Trooper Casper spotted Snyder’s vehicle travelling on Interstate 41, southbound into Fond du Lac, and followed behind without lights or sirens as Snyder took Exit 99 onto West Johnson Street, and made a left, to head east, and then make a right turn back a pizza restaurant, entering the parking lot of shopping complex. Snyder had caught onto the fact that Trooper Casper was behind him, and what authorities did not know was that Snyder had decided he was not going to jail. Snyder was armed with several firearms, and had armor-piercing rounds with him. He used the loop-style of the complex parking lot to get parallel with Trooper Casper’s patrol vehicle and began firing, with his first round striking in a manner that would prove fatal.

Trooper Casper returned fire, and Snyder fired back as well. Snyder died quick, Trooper Casper died slowly, finally passing as additional troopers arrived. Trooper Casper served three months in the Wisconsin State Patrol, and at the time of his death and been on duty for two and half hours.

The community of Fond du Lac has been completely shaken by the incident. In his short time stationed at the Trooper Post in the community, Trooper Casper had already made in-roads with many community members. His memorial a short five days later brought thousands, all reeling from a young life taken so quickly. Two years later, another memorial was carried out for Trooper Casper. This time at, it was held at the spot of Trooper Casper’s death, along North Berger Parkway. The troopers of Wisconsin entered into a fundraising effort with the Pick ‘n Save grocery, the anchor to the shopping complex where this incident happened, and bagged groceries of patrons to raise money necessary to have a beautiful flower garden, complete with a marble and slate bench remembering Trooper Casper and the price he paid to save the residents of Fond du Lac. Some may not understand the significance of the bench, and even in law enforcement communities, the meaning behind it can fluctuate. Our knowledge of the what memorial benches mean in this context, is that despite the weight carried by those in law enforcement, the ever-grueling hours, the frustrating pace of the criminal justice system, the separation from family and friend, that no matter what that officer is carrying with them, they are always there to carry you when in need. We can’t think of a more fitting tribute, for a more deserving civil servant.