In Memory of Trooper Ted Benda 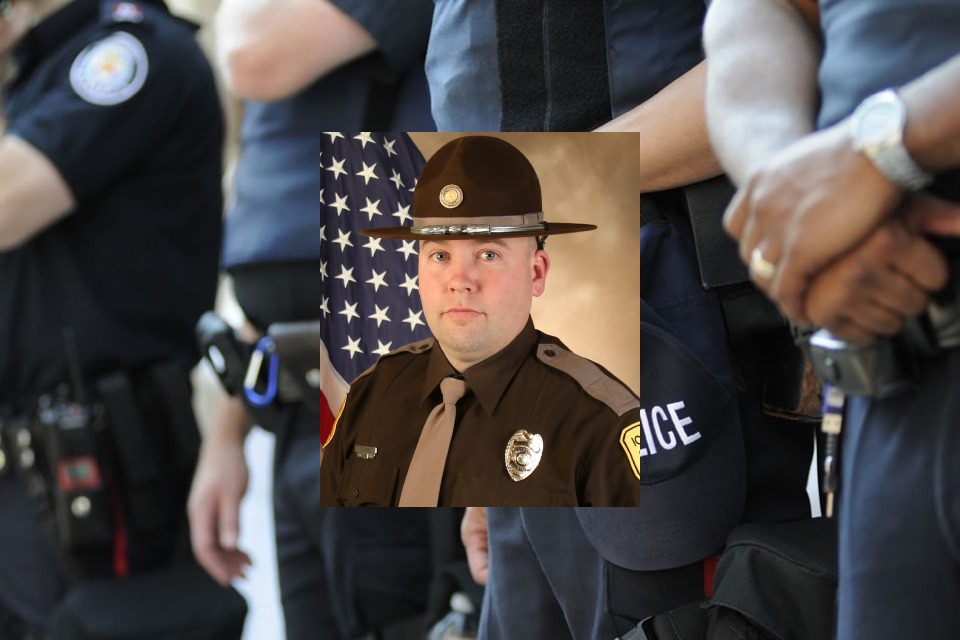 It was tragic news to Iowa residents to hear that a local state trooper had died in an accident. Unfortunately, on Wednesday, October 20, 2021, Trooper Ted Benda, age 37, died due to injuries that occurred in a single-vehicle crash. Benda had been involved in the accident six days before his death.

Calls came into the 911 center about a wanted subject. The Clayton County Sheriff’s Office had requested assistance. Trooper Benda responded to the call to assist the deputies at about 11:30 pm. Unfortunately, trooper Benda’s car left the road before reaching his call. The accident occurred on Iowa Highway 51, about six miles north of Postville.

After the accident, officers had searched for Benda and found that he had crashed. Benda was air-lifted to the Gunderson Lutheran Hospital in La Cross, Wisconsin. Six days later, he succumbed to his injuries.

Trooper Benda, badge 313, was a sworn member of the Iowa State Patrol. He had been a Trooper for about five years. Before his work with the state police, Benda served with the Iowa Division of Criminal Investigation. Total, Benda had been in law enforcement for approximately sixteen years.

Benda began his law enforcement career in 2005. While working for DCI, Benda had been assigned to Special Enforcement Operations. He loved working in law enforcement and spending time with his family.

The Iowa State Patrol is the primary state police agency for Iowa. Benda had worked diligently for many years to be able to join this prestigious force. Currently, the department is running with about 267 officers. The total strength of the staff is 455 officers. Now the ISP is broken into sixteen defined districts.

The primary responsibility of the Iowa State Troopers is in enforcing motor vehicle laws. Other responsibilities include assisting other departments with riots, prison disturbances, labor disturbances, and event security. The Iowa Department of Public Safety oversees the ISP. This department also runs the Iowa Division of Criminal Investigation or DCI, the first department at which Benda had been employed.

Benda is the second officer lost by the Iowa State Patrol since January.

Trooper Ted Benda leaves behind his wife, four children, parents, and siblings. It will take the support of every member of their community to help the Benda family through their difficult loss. Many area honor guards, made of volunteer officers, are working with families like the Benda’s to make the final service memorial for them and the community.

Iowa Homeland Security and Emergency Management shared in the grief with fellow law enforcement. “Iowa HSEMD mourns the loss of Iowa State Trooper Ted Benda. We extend our deepest sympathies to our friends at Iowa Dept. of Public Safety and Trooper Benda’s family.”

Sergeant Alex Dinkla shared the details of the loss with those in the community. “Please keep the Benda family in your thoughts and prayers as they face this unimaginable loss. Rest in peace, Trooper Benda. We have your six from here.