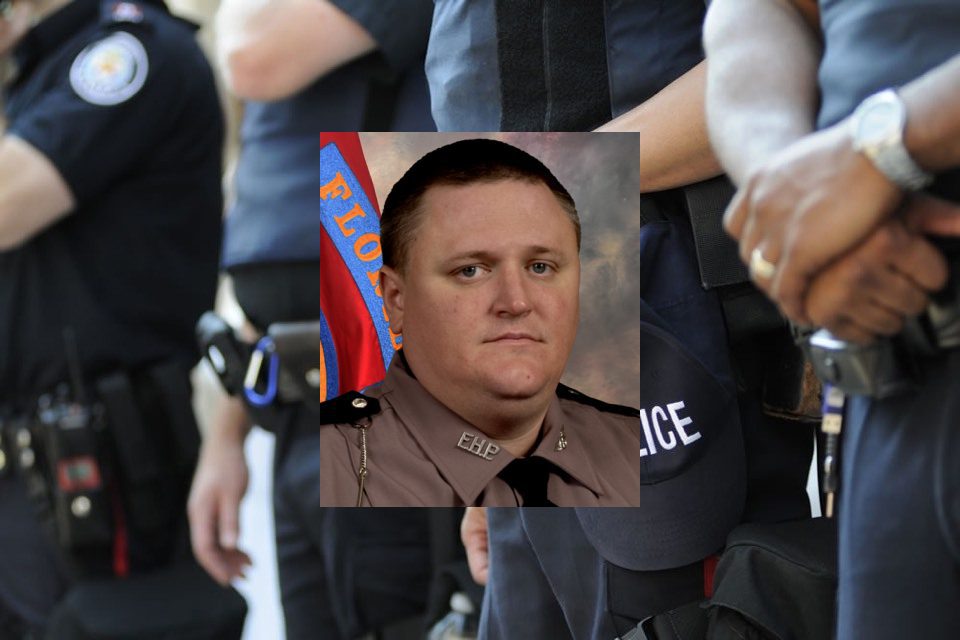 On Saturday, August 28, 2021, the Florida Highway Patrol announced to Florida residents that they had lost one of their own to COVID19. Trooper Sean C. Hryc, badge number 697, passed away due to complications resulting from contracting the virus. He was 50 years old.

The US has lost hundreds of law enforcement officers during the COVID19 pandemic. The numbers are often overlooked as the overall number of losses for families everywhere is so great. However, COVID19 has taken the lead as the number 1 risk to life for an officer. Police officers have trained to face a significant number of threats, but it is the invisible one that is most deadly.

During funeral services, Lt. Col. Troy Thompson gave the eulogy. It made him smile to talk about the 17 years that Hryc had served and all the trouble he had with saying his last name correctly. He said Hryc would smile, but Thompson was left with a feeling he never got it quite right. So to honor him, the department presented his wife a framed proclamation at the service – promoting Hryc to the rank of Sergeant.

The Florida Highway Patrol is the primary law enforcement agency in the state of Florida. The agency investigates crashes on highways and crimes that are committed on Florida roadways. In addition, troopers are responsible for enforcing motor vehicle laws throughout the state. These officers follow the policies and procedures of the local county sheriff’s office, so they often work very closely with those departments.

The Florida Highway Patrol is a part of the Department of Public Safety which was created in 1939. It was part of a ruling made on November 21, 1930, when then-Governor Doyle E. Carlton decided that it would be the duty of the State Road Department to preserve state roads and enforce the laws. This was when state law enforcement began in Florida.

Trooper Hryc dedicated his entire career to the Florida Highway patrol. He was well-liked by his fellow officers and community members. He was assigned to Troop I in Ocala, Florida. He is the second Florida Highway Patrol officer to die from the COVID19 virus and the 51st officer to die in the line of duty in the agency’s history.

Trooper Sean C. Hryc leaves behind his wife and two children. As communities look toward the future, they must not forget the hundreds of thousands of children facing uncertain futures with the losses to families everywhere. Neighbors, friends, and extended family will join many area police officers working hard to honor the sacrifice that Hryc has made on their behalf and support the Hryc family into their future.

The Florida Department of Highway Safety and Motor Vehicles or FDHSMV posted their grief online to share with others. “Today, we honored the life and career of Trooper Sean Hryc, a 17-year member of the Florida Highway Patrol. Trooper Hryc’s commitment to service will never be forgotten.”