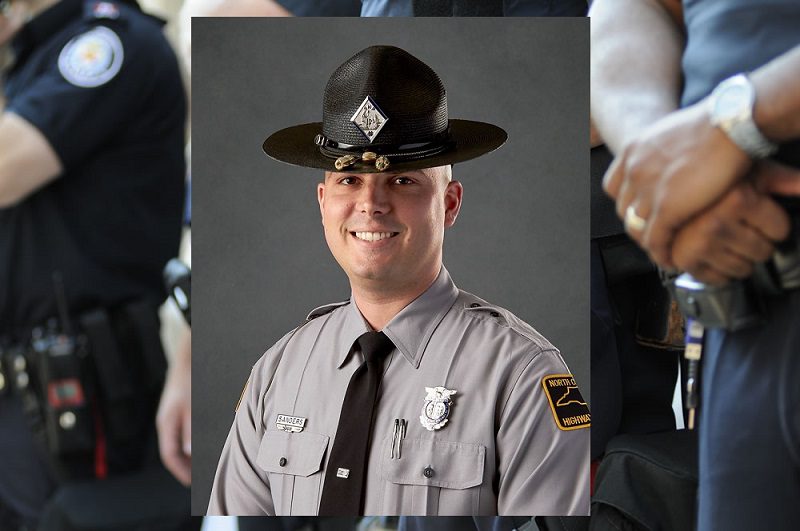 On Friday, March 27, 2020, at approximately 7:17 pm, a driver following behind a North Carolina Highway Patrol car witnessed a tragic accident. Trooper Nolan J. Sanders was patrolling his route, and while driving north on I-795, he lost control of his vehicle and crashed near a 19.5 mile marker. The driver who had witnessed the accident immediately called for help.

Trooper Sanders’ patrol car had struck a concrete culvert, causing the vehicle to turn on its side and crash. Sanders, age 28, was pinned inside his car as several small fires started. Troopers who responded to the scene extinguished the blaze. The five-year veteran was pronounced dead at the scene.

The North Carolina State Highway Patrol Collision Reconstruction Unit is investigating the cause of the crash, which is still unknown. They are working to reconstruct what led up to the crash. No other vehicles were involved.

North Carolina has no state police force due to early political disagreements. However, things began to change as by 1921; there were over 150,558 registered vehicles in the state of North Carolina and more vehicles from neighboring states driving on North Carolina highways every day. By 1929, the number of registered vehicles in North Carolina rose to 503,590. The death toll on the state highways that year from traffic accidents was 690 citizens. At that time, traffic control became such a concern that the State General Assembly authorized the establishment of the State Highway Commission, which began initially with ten men, one captain, and nine lieutenants.

Today the department has 1,600 state troopers who wrote 330K speeding citations in 2019. They cover 48,711 square miles, and in 2019 they investigated 968 highway fatalities. Also, during 2019, state troopers stopped and arrested 17,685 impaired drivers for being intoxicated while driving on North Carolina roads and highways.

Trooper Nolan J. Sanders also gave of his time to his community in other ways. He was a volunteer fireman at the Seven Springs Volunteer Fire Department. The Seven Springs Volunteer Fire Department consists of 30 volunteers. Trooper Sanders was a Lieutenant of this volunteer only department. Sanders gave his time to serve and protect, both in his career and his free time, to the people of North Carolina.

Trooper Nolan James Sanders, age 28, lived with his young family in Dudley, North Carolina. He is survived by his wife, Alexis, and their beautiful baby girl, Laney. He also left behind his parents, grandmother, sister, and nephew and niece. He was a member of the Mount Olive First Pentecostal Holiness Church, where he could be found regularly with his family. A private graveside funeral will be held with Patrolman honors at the Wayne Memorial Park in Dudley. Due to the current health crisis, a memorial service will be held at a later date to include the NC Highway Patrol, local fire and law enforcement agencies, as well as friends who wish to celebrate the life of Trooper Sanders. Colonel Glenn M. McNeill Jr., commander of the state highway patrol, wrote this about the accident. “Trooper Sanders personified what it meant to be a Trooper; his passing will leave a lasting mark on all that had the honor to work together with him. The coming days and weeks will prove to be difficult, but we will stand with the Sanders family throughout this difficult process.”