In Memory of Trooper Moises Sanchez 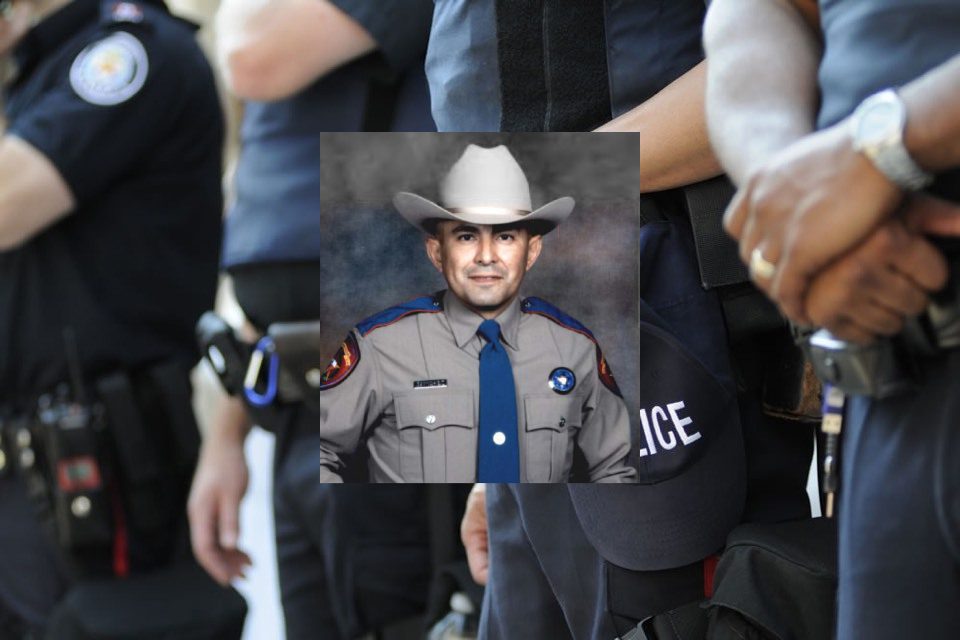 On Saturday, August 24, 2019, Texas residents learned that a Texas State Trooper had died from gun violence. Trooper Moises Sanchez, age 49, passed away from complications of a gunshot wound he received on April 6, 2019.

Trooper Sanchez was injured when he responded to a call regarding a hit-and-run. The crash occurred near N 10th Street and W Freddy Gonzalez Drive. Two vehicles had gotten into a collision, and one of the occupants was leaving the scene.

As Sanchez arrived on the scene, he noticed the suspect walking approximately a block away. He approached the man and attempted to make an arrest. The confrontation took place in the 1500 block of South Maltese Street.

The subject resisted arrest. The fleeing man pulled a weapon and shot Trooper Sanchez. He shot Sanchez multiple times, hitting him in the shoulder and head. Sanchez was transported to the hospital suffering from severe wounds. He had undergone several surgeries and was fighting to recover. He was scheduled for surgery on August 24, 2019. Unfortunately, the surgery was not without additional risks, and Sanchez passed away shortly after the operation.

After the shooting, the suspect fled the scene. A major manhunt was called as law enforcement searched for the suspect who had tried to kill an officer. After Sanchez passed away, his charges were increased to include capital murder of an officer.

Trooper Sanchez had served the residents of Texas as a sworn member of the Texas Highway Patrol for over four years. Later, to honor the sacrifice made to the city, the corner where Sanchez lost his life was renamed Trooper Moises Sanchez Boulevard in October 2019. Moises is the 22nd officer with the Texas Highway Patrol to die in the line of duty since 1823.

The Texas Department of Public Safety is responsible for overseeing law enforcement and vehicle registration. DPS is managed and controlled by the state Public Safety Commission. In specific emergencies that necessitate quick oversight, the Governor of Texas can take temporary command of the agency. The action by the governor would be in the event of a natural disaster, riot, or insurrection.

The Commission consists of five members appointed by the governor. The state then confirms these appointees. These individuals serve the state, without pay, for six-year staggered terms. This helps to maintain bipartisanship within its members. The agency is considered a civilian police agency and was formed in 1935.

The Texas Highway Patrol is the largest state-level law enforcement agency in Texas. The primary duties of the THP are to enforce Texas traffic laws and manage commercial vehicle registrations. However, the Troopers have full police arresting authority to enforce all US and Texas laws.

Patrol Troopers are considered elite officers. The agency’s responsibility includes providing security and protection services to the Capitol Complex in Austin, Texas. The Highway Motor Patrol was founded in 1929. This was the first statewide law enforcement agency created in over one hundred years when the Texas Rangers were formed in 1823.

Trooper Moises Sanchez leaves behind his wife and three children. The surrounding community will help support the Sanchez family as they deal with this sudden loss. In addition, the Texas Highway Patrol Honor Guard provided for services and helped demonstrate gratitude for his sacrifice from the entire community.

Department of Public Safety Director Steven McGraw shared his condolences. “Today is an extremely difficult day for Texas, as we have lost one of our finest, Trooper Moises Sanchez. Trooper Sanchez demonstrated great strength and bravery as a Texas Trooper, and we will honor his selfless service and sacrifice forever. Our DPS family is deeply saddened by his passing, and we’re asking for continued prayers and support for Trooper Sanchez’s wife and three children as well as his countless friends and colleagues during this difficult time.”