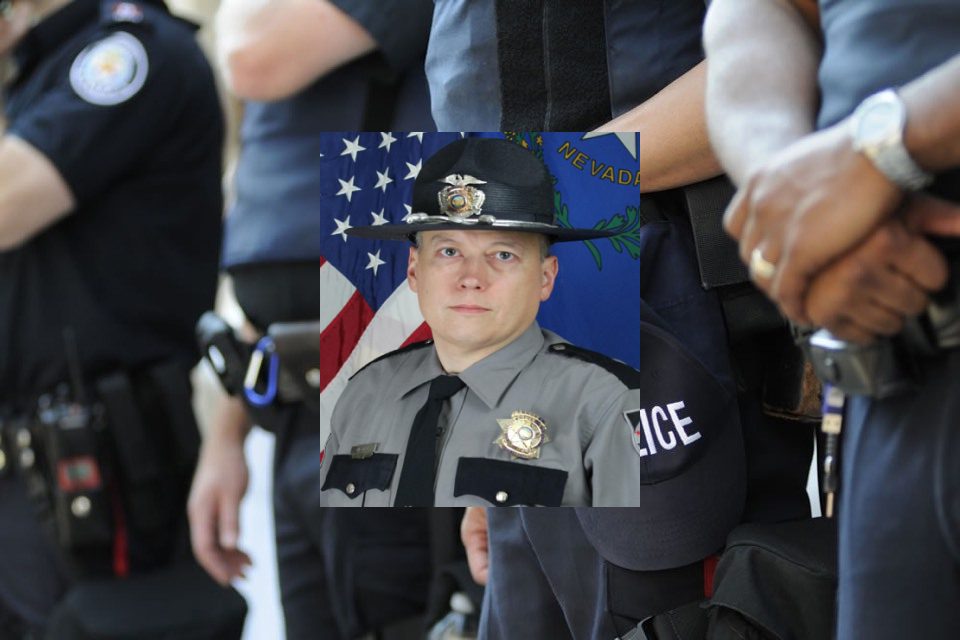 On Thursday, July 29, 2021, authorities in Nevada briefed the public that a local state trooper had been killed. Trooper Micah May, age 46, had been struck by a vehicle the previous day and died while being treated for his injuries at University Medical Center. Trooper May had served his community and the state of Nevada as a member of the Nevada Highway Patrol for over 13 years.

It was Wednesday, July 28, when officers with the Nevada Division of Parole and Probation, along with other officers and state troopers, were chasing a stolen vehicle. The chase had gone for approximately 20 miles and was endangering innocent citizens. Therefore, the decision was made to attempt to use spike strips.

Ahead of the police chase on I-15, Trooper Micah May was crossing the highway as he was deploying spike strips. He was near West Sahara Avenue in Las Vegas. Suddenly, the vehicle involved in the chase struck Trooper May, sending him flying through the car’s windshield. The subject, unphased by the accident or the injuries of Trooper May, began to reach for May’s service weapon. Other troopers nearby then opened fire, killing the suspect.

Immediate life-saving measures were taken to free Trooper May from the wreckage and save his life. He was flown to University Medical Center, where he was receiving treatment for his injuries. Unfortunately, the wounds proved to be fatal as he succumbed to the severity of the wounds the following day.

The Nevada State Police began its history in 1908 and was created to provide statewide enforcement and police presence during labor strikes in the mining communities. It is part of the Nevada Division of Public Safety. However, once Henry Ford made the automobile available to all Americans, the move was made to enforce the rules of the roads and highways in the state. As a result, the first Nevada State Highway Patrolman was hired on June 23, 1923. Thus, Nevada was one of the first western states to have a statewide highway patrol division.

By 1934, the division had grown to three officers, and it called for a line-up of vehicles. Each officer was given their silver patrol car with gold stars on the door, and the cars included red lights and sirens.

Today, the Nevada Highway Patrol has grown significantly since its beginnings, employing more than 430 officers and 135 civilians. They are headquartered in Carson City, Nevada, and have four command centers.

Trooper Micah May leaves behind his wife and two children. He also had other extended family, friends, coworkers, neighbors, and others who truly appreciate the sacrifice he made on their behalf. May will be celebrated by the local community as a hero and honored as he is laid to rest.

The Nevada Highway Patrol Southern Command Division posted this message to residents regarding the loss of Trooper May. “With heavy hearts, we confirm the loss of @NHPSouthernComm Trooper Micah May #6203. He was struck while deploying stop-sticks on I-15, attempting to apprehend an armed carjacking suspect. The suspect’s vehicle struck Trooper May, who suffered life-threatening injuries. He is survived by a wife and two children. This marks the 12th member of NHP to die in the line of duty. We pause and reflect on each of the men and women we’ve lost and their bravery. Rest easy, #6203. We’ve got the watch from here.”