In Memory of Trooper George Baker 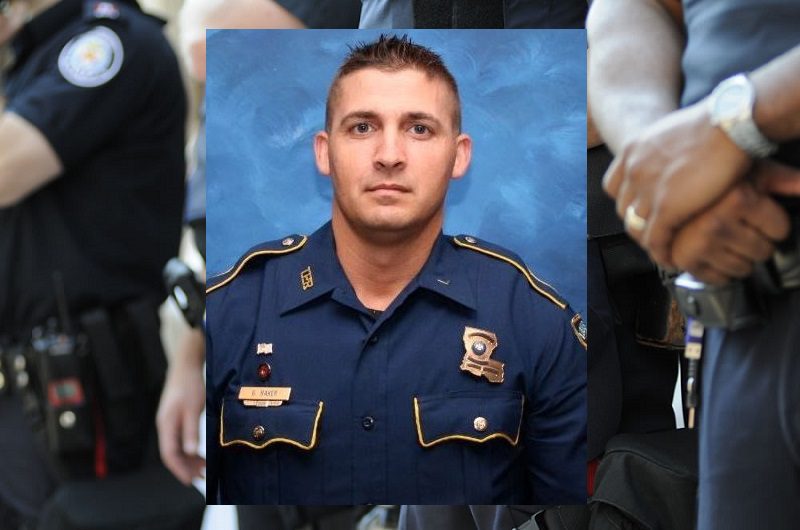 Louisiana State Police announced that one of their officers, George Baker, age 33, died from injuries that occurred on May 24, 2020.

The injuries had occurred initially on May 20. Trooper Baker was assisting the Hammond Police Department with a vehicle pursuit. Baker and another officer were in the process of removing stop sticks and clearing the road. It was a tragic accident that another patrol vehicle from the Hammond Police Department, struck both officers. The accident took place near the intersections of Kate Street and Wardline Road.

Both officers were immediately rushed to North Oaks Medical Center. One officer was released with minor injuries. George Baker, on the other hand, remained in critical condition. Family, friends, and fellow troopers stayed by his side, keeping a watchful vigil over Trooper Baker and his family. They remained from the time he entered the hospital until he succumbed to his wounds four days later.

Trooper George Baker is remembered for being a public servant his entire adult life. He started his years of service in the U.S. Marines. Baker began his career in law enforcement by serving as a Greensburg Police Officer. He then moved on to a county badge as a deputy with the St. Helena Parish’s Sheriff’s office. Eventually, he became a state trooper, with the state of Louisiana where he remained for the last ten years.

At the end of his life, he continued to give to his community and save more lives by being an organ donor.

Louisiana Governor John Bel Edwards made this comment about the trooper’s service. “He was obviously a tremendous person who cared, and he set big goals and strove to achieve them.”

State Police Superintendent Kevin Reeves awarded Trooper Baker the department’s lifesaving award posthumously. Reeves had this to say at the briefing. “Trooper Baker was committed to doing the right thing every day, and he lived his life through sacrifice.”

The numbers can be astounding. The Centers for Disease Control and Prevention (CDC), National Institute for Occupational Safety and Health, showed in their studies from 2005 to 2016 that 564 officers had died due to vehicle crashes. They also offered some advice.

Remember, too, that 152 of those fatal accidents were single-vehicle accidents. Officers need to follow the advice, though simple, it will help to preserve lives.

Trooper George Baker had worked many years in law enforcement to earn his place with the Louisiana State Police. He served as a Trooper for ten years.

The Louisiana State Police (LSP) is headquartered in Baton Rouge, but officers have jurisdiction anywhere in the state. Officially it is known as the Office of State Police. They are unique to other agencies in that the badge that they wear is shaped like the state of Louisiana.

LSP was formed in 1922; the troopers are responsible for the safety and security of 51,885 square miles and nearly 4.5 Million people. The department consists of over 1200 sworn officers and approximately 500 other civilian employees.

Trooper George Baker is the 30th Louisiana State Police officer who has given his life serving his community.

Baker is survived by his wife, Heather Baker, and his young daughter, Harper. They have requested privacy during these difficult family times.

The LSP made a post regarding the escort given to medical facilities for Trooper Baker. “In his last act of selfless service, Trooper Baker was escorted to donate his organs so that others may live.”

He had been selfless and giving through the end.