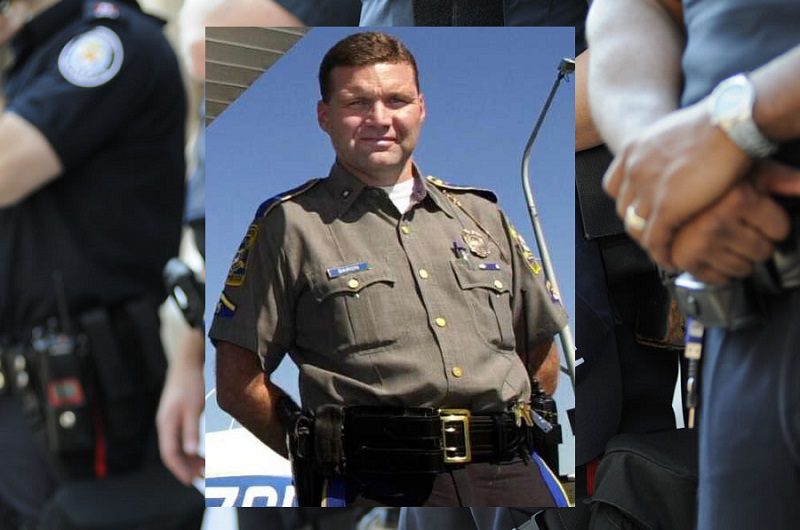 On Monday, May 25, 2020, Connecticut lost a former state trooper to cancer contracted due to exposure to chemicals during the September 11, 2001, terrorist attack. Trooper First Class Eugene Kenneth Baron, Jr., age 56, lost his battle from cancer. It is believed he contracted this type of cancer when called to assist with the recovery efforts following the 9/11 attacks on New York City.

Baron had graduated from the State Police Training Academy in 1990. He was well respected by the community and his co-workers. After serving for 18 years, he was forced to take a partial disability retirement due to illness from the 9/11 attack.

Department of Emergency Services and Public Protection Commissioner James C. Rovella made this statement regarding Trooper Baron’s recent passing. “Our condolences and prayers go to the Baron family at this time. Trooper Baron contracted cancer while doing a job that he loved. His first concern on September 11, 2001, was to help people affected by the terrorist attacks. He was always a Trooper at heart, and he will be greatly missed.”

State Police Colonel Stavros Mellekas also expressed his sympathy for the loss. “Our Troopers put their lives on the line each day, and now 24 have made the ultimate sacrifice for the citizens of Connecticut. Trooper Baron was a well-respected member of our agency, but he was also the son of a Trooper and a father of three. His life was cut short due to his service to others, a legacy that will never be forgotten.”

9/11 Never Forget, We Are Still Losing

Eighteen years after the September 11, 2001 attacks, the struggle for compensation for injuries and health matters came to a close when Trump signed legislation to extend the Victim’s Compensation Fund permanently. The bill will provide funding through 2090, which is meant to cover all 9/11 first responders for the rest of their lives.

In September of 2019, officials were still counting the number of first responders who were dying from the attack. For example, on 9/11, a total of 23 NYPD officers lost their lives. These brave men and women ran into the fire and the collapsing buildings to save as many citizens as possible. Since then, nearly 250 more NYPD officers have died due to respiratory illness and cancers developed from exposure to dust and chemicals following the attack. Trooper Baron is evidence that first responders who stepped up to help during that fateful time, are still dying.

Until there is no more loss, no more families in tears as they watch their loved ones in pain, suffering from illness, and dying, we can remind ourselves that we are still under attack. We are still losing.

Trooper First Class Eugene Kenneth Baron, Jr., served his community and neighbors with the Connecticut State Police Department (CSP). The CSP is a part of the Connecticut Department of Emergency Services and Public Protection. Headquartered in Middletown, the CSP currently has approximately 1,030 sworn officers. On top of the responsibility of protecting and serving the public, enforcing laws on public roads, the CSP is also responsible for protecting the Governor and the Lt. Governor, their families, and their residences.

Trooper Baron’s family, friends, and co-workers are all saddened by his loss. He is survived by his three children, his partner and her two children, two sisters and his parents. He will be greatly missed and will receive full State Police honors.

On Wednesday, May 27, 2020, Connecticut Governor, Ned Lamont ordered all U.S. and state flags to be lowered to half staff in honor and memory of Trooper Baron.