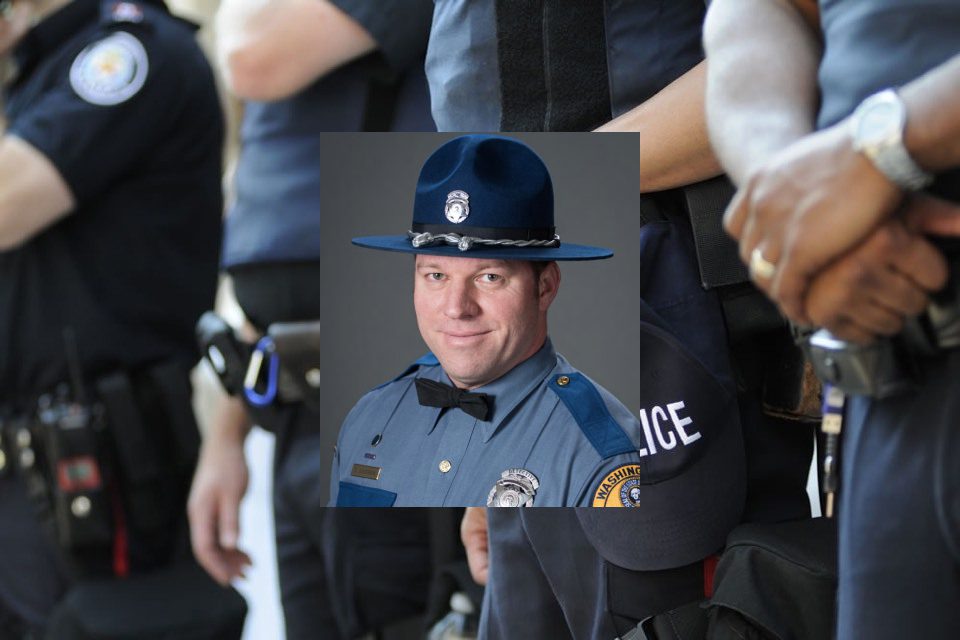 The state of Washington was devastated to learn of the loss of a local dedicated state trooper who had died due to the COVID19 pandemic. On Sunday, September 26, 2021, Trooper Eric T. Gunderson, badge number 823, died due to complications resulting from contracting the virus. As mandated by the federal government, all active-duty law enforcement officers who die due to the virus will be awarded line-of-duty death benefits so their families will have the additional help needed. Trooper Gunderson was 38 years old.

Gunderson served with the Washington State Patrol for over 15 years. It is thought that he may have contracted the virus while at a training conference held in Champions Gate, Florida. Gunderson held many responsibilities with the WSP. For example, he was the technology liaison for the Criminal Investigation Division or CID.

Gunderson was a pioneer in the use of UAVs or unmanned aerial vehicles. His work had been reported in media and newspapers across the US. His work with UAVs was able to shorten the time of road closures during collision investigations. As part of his work, he traveled to other departments to demonstrate how this could be achieved. Unfortunately, he was on this type of trip when he contracted the virus.

Washington State Patrol officers are called Troopers and have jurisdiction over the entire state of Washington, with the exceptions of federal properties and Indian nations territories. The reputation of their officers proceeds them. By the early 1960s, the Washington State Police was known as an elite law enforcement agency. At that time, they were receiving over 400 applicants a year for less than 25 openings at any given time. To wear the badge of a Washington State Patrol, sometimes known as WASP, comes with distinct honor. Gunderson is the 32nd officer with the WSP to have died in the line of duty.

Trooper Eric T. Gunderson leaves behind his wife and two sons. It will take the love of the community to support the Gunderson family during this difficult time. Honor guards from area agencies will help the family and residents in the service to show gratitude for the sacrifice made by Trooper Gunderson.

State Patrol Chief John R. Batiste shared his thoughts about the loss of Gunderson. “Eric Gunderson was a respected trooper and public servant. His is the first line of duty death since we commemorated our first century of service to this state just a few weeks ago. How I had hoped our second century of service would be more forgiving. But serving the public, as we do, has inherent dangers, and this pandemic has been a foe to our agency and indeed our state and nation.”

Kent Police Department issued a statement sharing their personal grief and condolences for the Gunderson family and the WSP. “We do not have the words to describe the magnitude of the loss of Trooper Detective Gunderson to his family, friends, WSP, and the law enforcement community,” according to a Kent Police statement. “He was a true servant and will be sorely missed. Please keep his family, friends, and law enforcement family in your thoughts and prayers.”