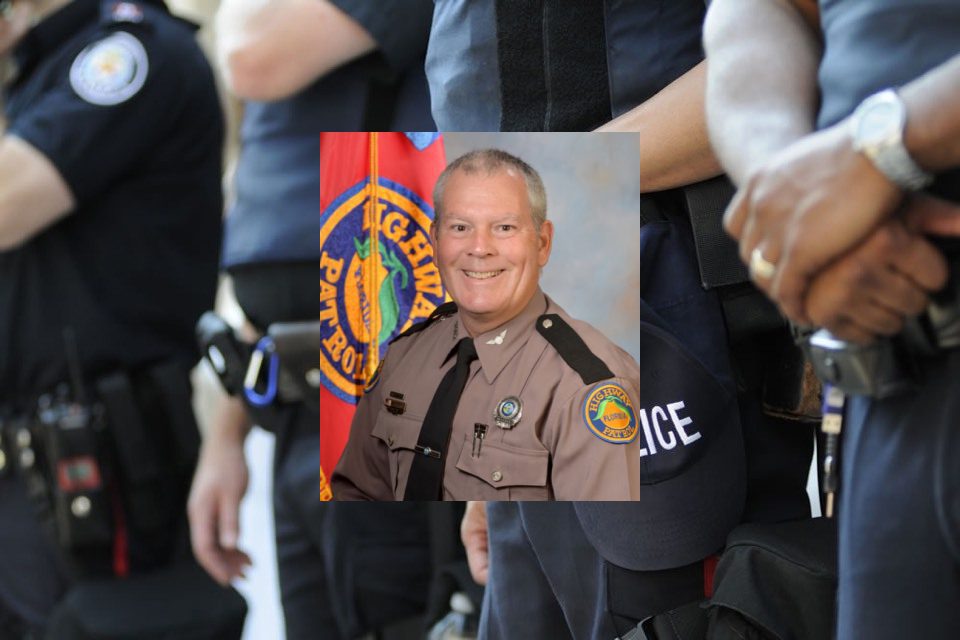 On September 18, Florida officials sadly announced to residents that they had lost one of their state Troopers to the deadly coronavirus pandemic. Trooper Brian Pingry, badge 1150, died due to complications from contracting COVID19 through his duties as a law enforcement officer. Federal law has mandated that all active-duty officers who die from the virus be awarded full line-of-duty death benefits. Trooper Pingry was 60 years old.

Pingry became an officer later in life. He had spent twenty years in retail management. Once he was in his 50’s, he chose to go to the Florida Highway Patrol Academy. He stunned everyone by achieving his goal and making a difference in the community around him. After seven years of showing leadership within the department and community, he was never so proud as when his daughter followed in his footsteps and joined the Florida Highway Patrol – being sworn in as a Trooper, too.

The Florida Highway Patrol is the primary law enforcement agency in Florida that investigates crashes on highways and crimes committed on Florida roadways. In addition, troopers are responsible for enforcing motor vehicle laws throughout the state. Officers like Pingry follow the policies and procedures of the local county sheriff’s office, so they often work very closely with those departments. Trooper Brian Pingry had served with Troop F for more than seven years.

The Florida Highway Patrol is a part of the Department of Public Safety which was created in 1939. It was part of a ruling made on November 21, 1930, when then-Governor Doyle E. Carlton decided that it would be the duty of the State Road Department to preserve state roads and enforce the laws. This was when state law enforcement began in Florida. Trooper Brian Pingry dedicated his law enforcement career to the Florida Highway patrol. He was well-liked by his fellow officers and community members.

Trooper Brian Pingry leaves behind his wife and two children. It will take the long-term support of extended family, neighbors, friends, and residents to ensure that the Pingry family reaches their full potential going into the future. Therefore, area officers will join residents to ensure that Trooper Pingry is given full honors at his memorial service. This will show gratitude to both Pingry and his family for his sacrifice on behalf of his community.

Lt. Greg Bueno expressed amazement at the type of person that Trooper Pingry was in life. “He spent over two decades in a retail Department store where he was a manager, and from that point, his spouse came home one day, and he was doing push-ups and flutter kicks in the living room, and of course she asked him why you are doing push-ups and flutter kicks in our living room. He said he was preparing to go to the Florida Highway Patrol Academy. For a person in their 50s to say, ‘I’m going to go to the FHP academy and become a state trooper’…wow. That’s extremely commendable because I don’t think too many people would do that and, not only did he do that; he did it well. Brian’s main intention with this job was to make a difference. Every life is precious, and when it hits home and you see one of your own struggling, it’s heartbreaking. To come to work every day knowing he was struggling, you almost feel helpless because we would do anything to help him.”