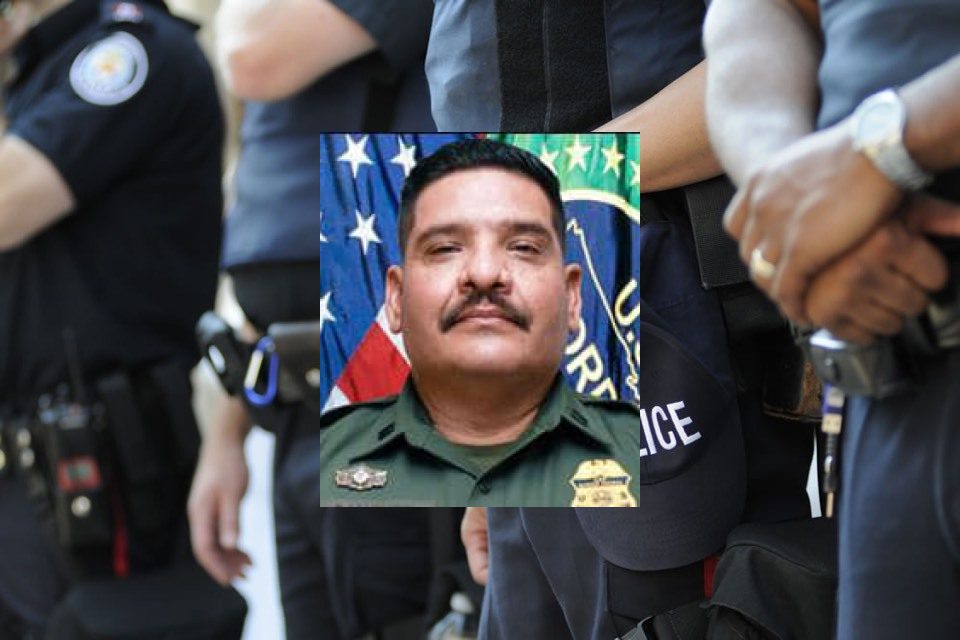 The US Department of Homeland Security announced that its agency lost a sworn officer to the current coronavirus pandemic. On Sunday, October 24, 2021, Supervisory Border Patrol Agent Rafael G. Sanchez died due to complications from contracting COVID19. As a result, the US Department of Homeland Security and Customs and Border Protection has lost more officers in the last year than at any other time in history.

Federal mandates were put into place to protect families from financial ruin should their loved ones fall victim to the virus. In addition, active-duty officers who died from contracting the virus on duty are considered line-of-duty deaths. This allows for full death benefits to help the family.

Agent Sanchez was a fully sworn law enforcement officer. For over 19 years, Sanchez served the US and his community as a Border Patrol Agent. His most recent assignment was in the Laredo Sector at Hebbronville Station.

Sanchez gave his life to protect the US and its borders; each day since the pandemic facing an invisible threat. Customs and Border Patrol falls under the authority of the federal cabinet US Department of Homeland Security. DHS was initiated in 2003 as a response to the 9/11 terrorist attacks.

DHS manages the US Customs and Border Protection (CBP). As a sworn CBP Agent, Sanchez was a diligent officer who had reached Supervisory rank. Even in the recent pandemic, he understood the additional risks with his occupation and continued to serve.

As Supervisor, Sanchez was assigned to the Hebbronville, Texas Border Patrol Station. This station is a vehicle checkpoint on Farm to Market Road. According to CBP, “The Hebbronville Station is responsible for patrolling more than 2,370 square miles of rugged South Texas terrain. Agents patrol 1,143 square miles of Jim Hogg County, 907 square miles of Duval County, and 320 square miles of Webb County. Agents utilize four-wheel-drive vehicles whenever possible; however, they frequently patrol on foot when the terrain is too harsh for motor vehicles.”

Supervisory Border Patrol Agent Rafael G. Sanchez leaves behind his wife, three children, mother, and grandmother. Residents in the area will help support the Sanchez family during this challenging time in their lives. Sanchez is recognized as a hero for putting his life on the line to keep his community and all of the US safe from harm.

Chief Danley with the US Border Patrol Del Rio Sector posted the announcement of the loss on social media. “We join the entire Border Patrol in mourning the loss of Supervisory Border Patrol Agent Rafael G. Sanchez. On behalf of the Del Rio Sector, I offer our deepest condolences to the entire Sanchez family and ask everyone to keep them in their thoughts. The Sanchez family will forever be a part of our Border Patrol Family. Though he was a member of the Laredo Sector at the time of his passing, Agent Sanchez served in Del Rio Sector for many years. As a Field Training Officer at the Del Rio Station, he had an immeasurable impact on our sector as he trained and readied dozens of new agents for their new careers. Rest easy, Agent Sanchez. You are not forgotten.”

CBP Commissioner Troy Miller shared condolences on Twitter over the loss. “I am deeply saddened to share the passing of Supervisory Border Patrol Agent Rafael Sanchez. Agent Sanchez entered on duty on September 16, 2002, and was most recently assigned to the Hebbronville Station in Laredo Sector. @CBP will forever honor his service and sacrifice.”

The residents of Parsons, West Virginia, were saddened to learn that the local code enforcement officer had died in the line of duty.

On Thursday, November 18, 2021, Arkansas residents learned that a local deputy had been killed in an automobile accident while on duty.

On Wednesday, November 17, 2021, Corrections Officer Rhonda Jean Russell, age 47, died due to a gunshot wound she sustained while on duty.

In Memory of Master Trooper Daniel A. Stainbrook