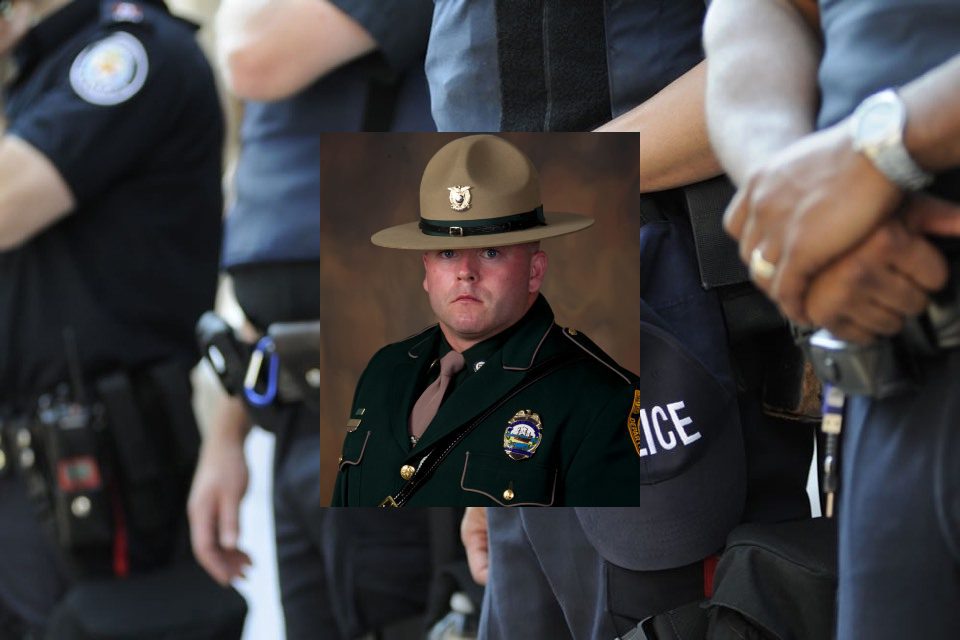 On Thursday, October 28, 2021, New Hampshire residents received the tragic news that a state trooper had died due to an accident. Before COVID19, automobile accidents were the number one cause of line of duty deaths among law enforcement.

Staff Sergeant Jesse Sherrill, age 44, was killed in a vehicle crash. Sherill had been providing police assistance to a road work crew. The crew was working to install rumble strips on the shoulder of I-95. Sherrill was there with emergency lights to help provide a safer work environment. The law in every state is that when you see emergency lights, drivers should slow down and move to the furthest lane.

It was approximately 12:30 am when Staff Sgt. Sherrill was struck from behind by a tractor-trailer. The workers called for EMTs immediately, and Sherill was transported to Portsmouth Regional Hospital, where healthcare workers tried in vain to save his life. Unfortunately, after arriving at the hospital, Sherrill succumbed to critical injuries.

Sherrill served initially with the Hooksett Police Department for over a year. The New Hampshire State Police is a prestigious group of officers, and Sherrill was honored to be accepted by the agency. Sherrill served the state with the NHSP for over 19 years. Over the years in service, he gained the rank of staff sergeant and was the assistant commander for Troop A.

Beverly Police Chief John LeLacheur commented on the dangers of police work on roadways. “It’s one of the most dangerous aspects of the job. Anytime you’re on the side of the highway.”

Sherrill was a member of the New Hampshire State Police. The agency was formed more than 84 years ago and was initiated in 1937. The agency has more than 504 employees, most of whom are sworn officers. The agency’s jurisdiction covers all the roads and highways of New Hampshire, which includes more than 9,350 square miles. NHSP provides state police services to nearly 1.4 million residents.

The New Hampshire Police Association released a statement after learning of the loss. “This was a tragedy that highlights the dangers of our profession and reminds everyone about the need to travel with care and safety in mind. Our best wishes go out to our brothers and sisters in the NH State Police during this difficult time. Sgt. Sherrill, we honor you and thank you for your service.”

Governor Chris Sununu ordered that all flags be lowered to half-staff in honor of Sherrill’s sacrifice. “He was an individual who nobly answered that call to service. And who was steadfast and devoted to the safety and well-being of all of his fellow Granite Staters.”

The Barrington Deputy Chief Daniel Brooks spoke candidly about Staff Sgt. Sherrill. “Staff Sgt. Sherrill grew up in town and had returned to his roots, where he was very active in the community. From coaching locally to raising his family here. This is going to affect all facets of the town, from the rec department to the school system, to the town as a whole, including all of us in law enforcement.”

New Hampshire Attorney General John Formella spoke highly of Sherill. “Staff Sgt. Sherrill was an incredible member of the law enforcement community and, more importantly, a loving husband, father, son, and brother. This morning’s tragic events are a reminder that our men and women in law enforcement put their lives on the line every time they go to work.”