In Memory of Special Deputy Marshal Vincent A. Gala, Jr. 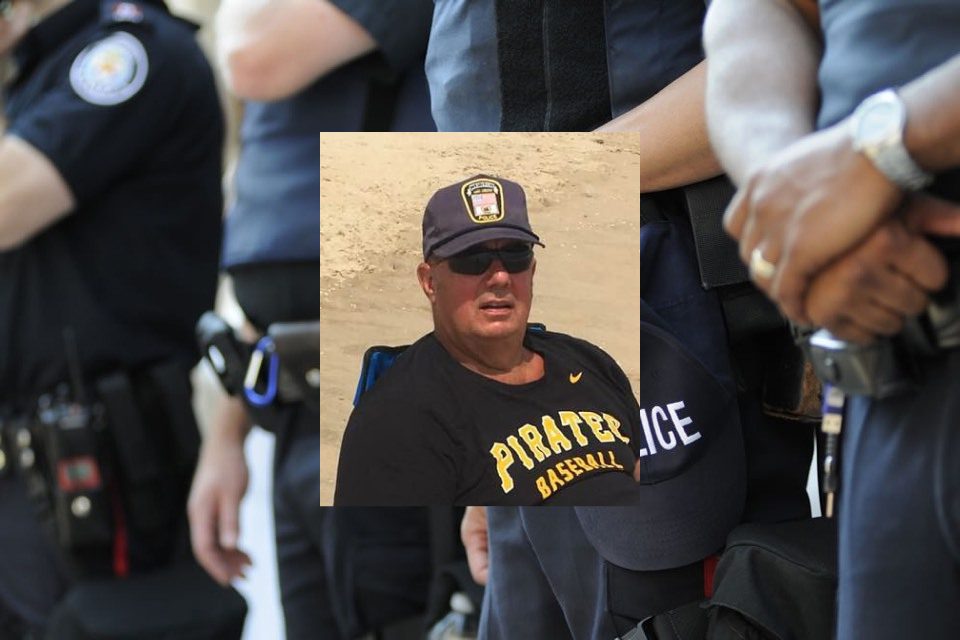 On Monday, February 8, 2021, the US Department of Justice announced that a Deputy Marshal had died in the line of duty. Special Deputy Marshal Vince Gala, Jr. died due to complications from contracting COVID19 while on duty. He worked at the Wheeling Federal Building and Courthouse in Wheeling, West Virginia. He is the second Special Deputy Marshal to die from the virus in the past two weeks stationed at the same site. Marshal Gala was 67 years old.

COVID19 has cost the lives of hundreds of officers. Heroes who continue at their station to serve and protect, despite the risk to themselves or their families. The coronavirus pandemic has left thousands of children of officers without a parent or primary caregiver. In the past two years, COVID19 has become the number one cause of line of duty deaths for law enforcement officers in the US.

Officers were warned at the start of the pandemic. Certain occupations held significantly higher rates of transmission. Front-line workers, first responders, law enforcement – all have a greater risk for contracting the virus. For law enforcement, masks can often be detrimental and block vision. On the other hand, wearing masks can help slow the spread in communities. Officers contact many people on each shift, and social distancing is often impossible.

Special Deputy Marshal Gala had spent 44 years as a law enforcement officer. He had started his law enforcement career with the Weirton Police Department, where he served residents for over thirty years. Recently, Gala had served as a sworn member of the US Marshals Service for over fourteen years.

The US Department of Justice, or DOJ, was created in 1870. The federal executive department is responsible for the enforcement of federal law. Other countries have similar offices, sometimes under interior ministries. President Ulysses S. Grant signed the DOJ into its existence.

Being a Special Deputy Marshal is a highly respected position in law enforcement. While Gala worked to handle security at a federal court, the DOJ comprises several other departments, including the US Marshals Service, the FBI, the DEA, and the ATF. The primary responsibilities of the DOJ are investigating white-collar crime and representing the US in court. In addition, the DOJ also manages the duties included in running the federal prison system.

Under the direction of the DOJ, Special Deputy Marshal Vincent Gala was assigned to the US Marshals Service. The USMS is the enforcement arm of the DOJ and federal courts. It is the responsibility of US Marshals to guarantee the operation of the judiciary and the integrity of the Constitution. George Washington was the first US President to enact this office. It was created with the Judiciary Act of 1789, making it the oldest US federal law enforcement agency. Marshals like Gala protect US courts, federal judges, and their staff. The USMS also has many other charges, including the oversight and management of the US Federal Witness Protection Program, federal prisoner and alien transportation, and the execution of federal search warrants.

Special Deputy Marshal Vincent A. Gala, Jr. leaves behind his wife, son, daughter, and grandchildren. The Gala family will join the many other families who have lost a loved one to the virus. Residents, family, friends, and neighbors can significantly support the Gala family as they mourn this loss. In addition, area agencies, honor guards, and others will help make services for the Gala memorable and honorable.

In the local Weirton Daily Times, in the obituary for Deputy Gala, it described the man he had been throughout his life. “Vince touched the lives of many people, and his legacy will live on through them. His greatest love was for his family. He enjoyed the outdoors, his Kubota tractors, and working on his farm. Also of importance was his faith, as a devout member of the St. Paul Parish, where he could be found every Sunday.”