In Memory of Sheriff Andy Clark 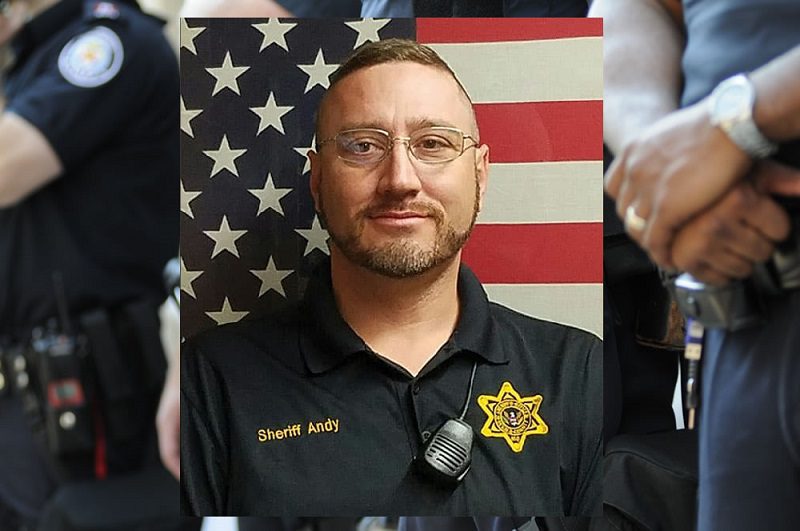 Sheriff Andy Clark was answering a call to assist another deputy near the intersection of Highway 36 and Highway M, near Osborne, Missouri. According to Missouri State Police, Sheriff Clark had his lights on and was driving toward the scene when he collided with an SUV.

Four people who were in the SUV were taken to the local hospital, but the extent of their injuries is unknown. The driver of the GMC SUV pulled out and struck the passenger door of Sheriff Clark’s vehicle. Clark, age 43, was pronounced dead at the Sheriff Andy Clark scene of the accident. The driver of the SUV, age 71, and his passengers appeared moderately injured. The driver and passengers of the SUV were known to have been wearing seatbelts. The crash is still under investigation.

After the accident, Sheriff Andy Clark was transported to Mosaic Life Care in St. Joseph, Missouri. He was returned to his hometown on the following day with full police escorts.

It is inherent that anyone choosing law enforcement as a career choice understands that they are putting their life at risk. It is a high-risk occupation. Officers understand this when they sign up. The general public, as well as soon-to-be law enforcement academy attendees, will first think of gun violence or other similar crimes as the most significant risk to their personal safety and their lives while on the job.

Gun violence indeed tops the list of the cause of deaths for those who die in the line-of-duty each year, but many don’t consider a secondary factor – vehicle accidents. According to available data from the National Law Enforcement Memorial Fund, who tracks line-of-duty fatalities from 2005 to 2017, 775 officers died in vehicle-related accidents. This number includes both crashes and those who were struck by vehicles while on the job. These deaths are 37% of all deaths for that period.

In 2018, the number of deaths due to gun violence dropped, and with it, the number of fatalities by vehicle accidents rose – for the first time, these categories tied as top causes of officer deaths.

Sheriff Andy Clark was in charge of a small and personable sheriff’s department that worked closely with his community. The office is located in Maysville, Missouri. He and his staff were responsible for the safety and protection of approximately 12,850 residents in a 426 square mile area.

He managed this with ten full-time deputies. Five of these deputies worked with the youth in the community as school resource officers. He also had four reserve officers and six civilian personnel.

His office maintains a website with information for his community, where they can turn in prescription medications, which have locally been the recipient of life-saving awards, and children who stop in to visit. There are many areas of information to help citizens through needed county tasks and legalities. Sheriff Clark also maintained a section that contained a history of the county and the beginnings of their official story.

Many Send Their Condolences

The death of a sheriff that was so close to and involved in his community comes at a significant loss to all who knew and loved him. His family, friends, co-workers, and fellow officers across the state are in mourning, for they will be without a great leader and friend. Many across the area sent condolences and kind words to the family and department to express their sympathies.

The Atchison Kansas Police Department expressed their grief. “We mourn the loss of Sheriff Andy Clark of the Dekalb County Missouri Sheriff’s Office. Please keep his family, both blood and blue, in your prayers.”

The Audrain County Sheriff’s Office made this statement regarding the loss of a fellow sheriff nearby. “We offer our heartfelt condolences to Sheriff Clark’s family at home and at his office, and to all DeKalb County Communities.”

Neighboring Lewis County Sheriff’s Office issued this statement. “Everyone at our office, and our families, offer our heartfelt condolences to Sheriff Clark’s family, to everyone at his office and to the DeKalb County community.”