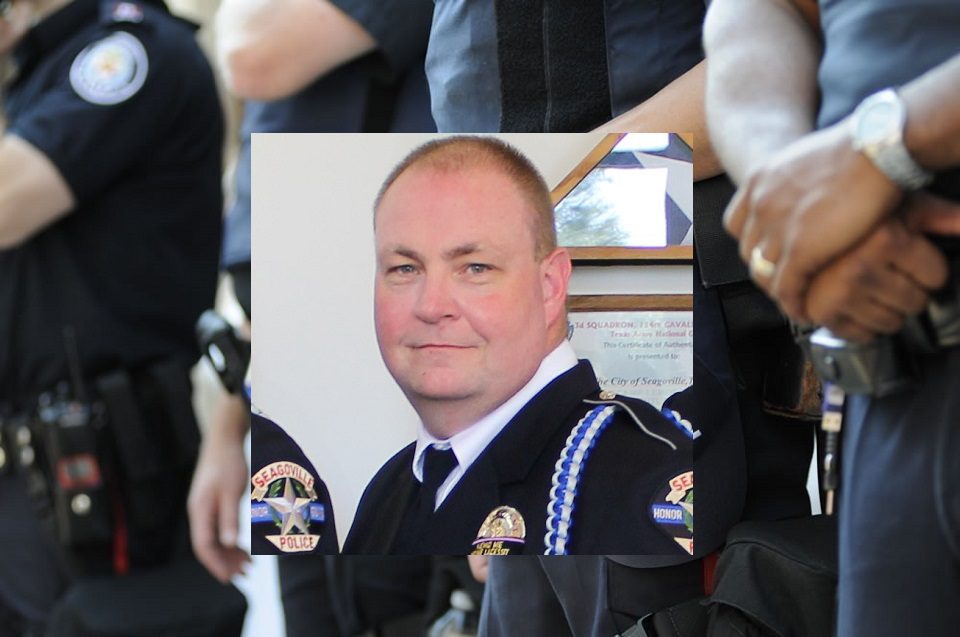 On December 23, 2020, after nearly 200 law enforcement COVID deaths in 2020, Texas authorities announced they had lost yet another first responder. Sgt. David Lynn Schmidt, age 48, died from complications of the virus he contracted in the line of duty. Sgt. Schmidt was a first responder, a Seagoville Police officer, who put his life on the line to continue to protect local residents.

Sgt. Schmidt had served the community through his work with the Seagoville Police Department for more than 15 years.

Schmidt was born in Dallas, Texas, and received an associates’ degree from the University of Phoenix.

For the past 15 years, Schmidt has served his community as a police officer. Schmidt has worked with both the city of Desoto and, most recently, the city of Seagoville. At the Seagoville Police Department, he recently was serving as a patrol sergeant.

Though Sgt. Schmidt had previously served with the Desoto Police Department, his most recent position was with the Seagoville Police Department. This is a small department that provides protection and security to the Seagoville community. The department has a staff of 23 full-time sworn officers. The department also has five part-time sworn officers, one support services manager, six public safety technicians, four part-time public safety technicians, three support services technicians, and three school crossing guards.

The department states its responsibilities to the community residents on the Seagoville Police Department website. “Seagoville maintains a modern, highly-trained, technically-skilled, energetic, diverse, and well-equipped police department, and pledges to manage YOUR organization with professionalism, leadership, and integrity.” It is outstanding to see a department that puts the needs of the community first.

COVIDs devastation on the world in 2020 has left a wide swath, a trail of grief, behind it. Many first responders have lost their lives. Sgt. David Lynn Schmidt is survived by his wife, his son, and three brothers.

The Police Unity Tour – Team Texas announced the loss on their social media pages. “Team Texas regrets to inform you that Sergeant David Schmidt died from complications as the result of contracting COVID-19 during a presumed exposure while on duty at the Seagoville Police Department.”

Sergeant Schmidt had served with the Seagoville Police Department for 15 years. He is survived by his wife, son, and three brothers.

The North Texas Patriot Guard will give full honors to Sgt. Schmidt during his services. “The Patriot Guard will honor his memory and service to the Seagoville PD by standing a flag line at his funeral service and again at the gravesite for the committal service.”

Sgt. David Schmidt’s eulogy spoke of his love for police work. “Schmidt also had a deep love for the men and women that he worked with at the Seagoville police department, especially those that worked for him on his shift. David was always willing to go above and beyond for anyone and truly embodied what it meant to protect and serve.”