In Memory of Sergeant Virgil Thomas 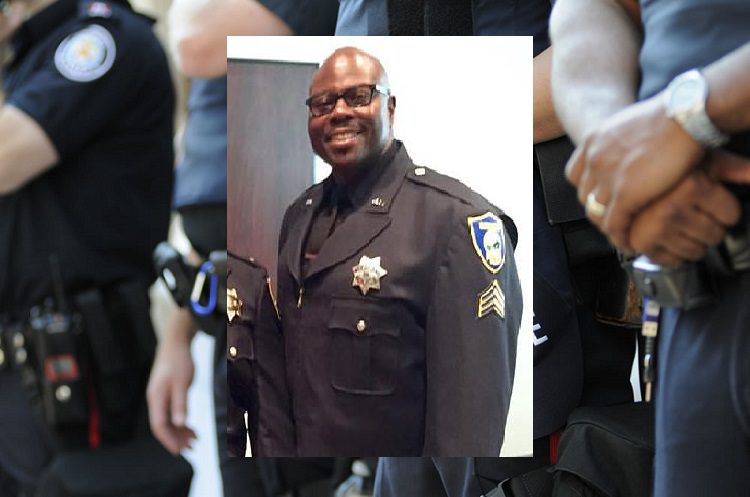 California authorities were saddened to announce the loss of yet another life to COVID19. Sergeant Virgil Thomas, age 51, died on Thursday, August 20, 2020. He had served his community, protecting and providing a prosperous environment for families with the Richmond Police Department for over 24 years. He had previously served with the Albany Police Department and the Novato Police Department. It is suspected that Sgt. Thomas contracted coronavirus during a call for service.

Thomas had been eligible for retirement for over a year. He wanted to remain a police officer to continue giving back to the youth of the community. This decision, in the end, cost him his life. He contracted the virus on a call for service, but his primary assignment was School Resource Officer.

The Richmond Police Department stated this about his service. “During his time as a School Resource Officer, he mentored and guided many of our underserved Richmond youth and was like a father figure. He also coached youth baseball and softball. At the beginning of this year, he returned to the School Resource Unit as the unit supervisor, where he continued to embrace the youth.”

Sgt. Thomas died while under investigation for a shooting. This shooting involved another Richmond resident, which occurred after the two of them argued over a parking spot. The decision has been made to continue the investigation after his passing.

Sergeant Virgil Thomas served his community through the Richmond Police Department. The department has a long history in the state of California’s law enforcement. The Richmond Police Department celebrated its 100th anniversary – a century of service in 2009. This anniversary is a feat in which the community of Richmond takes pride. In 1905 the city established a night watchman. H.W. Livingston was appointed the City Marshal, Superintendent of Streets, Tax Collector, and Pound Master by Richmond’s Board of Trustees in 1906. He was relieved of these duties in 1909 when the city became incorporated, and the town established the police force.

Today the Richmond Police Department is a full-service department that works hand in hand with its residents to provide a safe and prosperous environment for its community. It is also progressive and demonstrates its push for equality with its police chief Bisa French, an African-American woman. She is a talented, educated mother of three, who holds a Master’s Degree in Human Resource Management.

COVID19 has been ruining the future plans for many families across America. For the family of Sergeant Virgil Thomas, the dreams of retirement and living well into old age with many grandchildren have been tossed to the wind. Sgt. Thomas leaves behind his wife and four children. They are all mourning the loss of their hero, a man that they shared with the community around them. The residents of Richmond, neighbors, friends, coworkers, and extended family members share in the grief of his immediate family. The sorrow that COVID has brought upon worldwide has brought to light the meaning of family, friends, and heroes.

Richmond Police Department commented on their grief and shared sorrow with the family through this brief statement on social media. “Sgt. Thomas was loved and will be missed by his Richmond family. We, as a department and community, will carry on his legacy in our work and service. Our hearts are with his wife and four children during this difficult time.”

The Guardians of Justice, a local law enforcement group that Sgt. Thomas founded to help ensure that black officers were given dignified and equitable treatment and commented about the loss on their social media page. “Today, we lost a brother, friend, and mentor. Rest easy, President.”