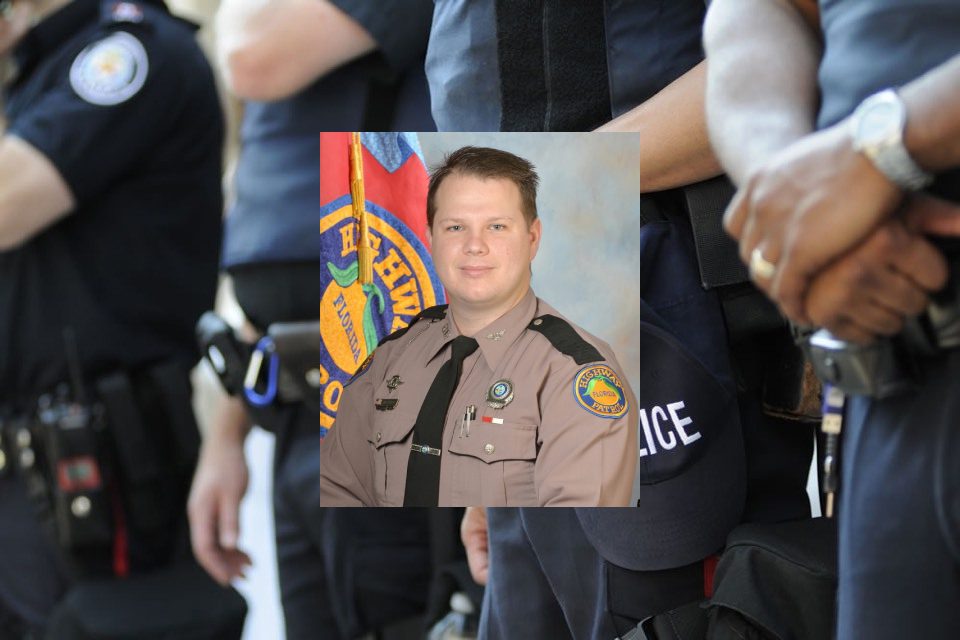 Florida residents were disheartened to hear that a local highway patrol officer had died in a tragic accident. On Friday, September 27, 2019, Sergeant Tracy Leslie Vickers, badge 1357, was killed in a vehicle crash while on duty. Vickers, who was also a military veteran, was 31 years old.

It was very early on Friday morning when Sgt Tracy Vickers was out on his patrol. He had been a sworn law enforcement officer with the Florida Highway Patrol for over four years. While driving on Route 408, near the Conway Road crossing, Vickers was killed in a severe vehicle crash.

Sgt. Vickers patrol vehicle rear-ended a tractor-trailer carrying heavy construction equipment. The impact was severe and pushed his patrol car up under the truck. He was killed instantly.

Vickers began a life of service when he left high school. He signed up and served with the military. Vickers was a veteran and served his tour with the US Navy. His fellow officers were devastated and looked up to Vickers as a leader. As a result, many in his department, including Colonel Spaulding, pushed to have his rank promoted to Sergeant posthumously.

Vickers was a proud member of the Florida Highway Patrol. The FHP is a division of the Florida Department of Highway Safety and Motor Vehicles. The agency is similar to many other state’s State Police forces. The primary responsibility of the FHP is highway patrol and investigation of traffic crashes and criminal activities that occur on state highways.

Formed in 1938, the FHP has approximately 2000 sworn troopers that work Florida highways. The jurisdiction of the officers spans 65,795 square miles. The agency is divided into twelve troops lettered A through L spread across 30 individual stations. All officers sworn into the Florida Highway patrol have graduated from the Florida Highway Patrol Police Academy.

Sergeant Tracy Leslie Vickers leaves behind family, friends, neighbors, fellow officers, and the residents of Florida whom he worked each day to serve. Many officers gathered together to celebrate his life and mourn the loss as they lined up vehicles to escort Vickers to his final resting place. Likewise, residents lined the streets with signs of support and gratitude to the Vickers family.

Gary L. Howze, Director, Florida Office of the Attorney General, shared his condolences online. “Tracy, his family, and loved ones, as well as the members of our Florida Highway Patrol, remain in our thoughts and prayers. The loss of Sgt. Vickers is not just a tragic loss, but a reminder of how precious life is and the positive impact an individual can have on others. Sgt. Vickers made a positive difference by not just what he did in service, but how he did it.”

Scott Horne, US Postal Inspector, took the time to share his gratitude to Vickers and his family. “Thank you for your service and sacrifice. Rest In Peace, Sergeant Vickers. Our deepest heartfelt condolences to all of your family, friends, and brothers and sisters at Florida Highway Patrol.”

Col. Gene Spaulding, a fellow officer who was instrumental in the posthumous promotion in rank for Sgt. Vickers shared his thoughts about Vickers. “He was a trooper’s trooper. He was passionate about the patrol. He took care of his own partners. He did what was needed. He will truly be missed.”