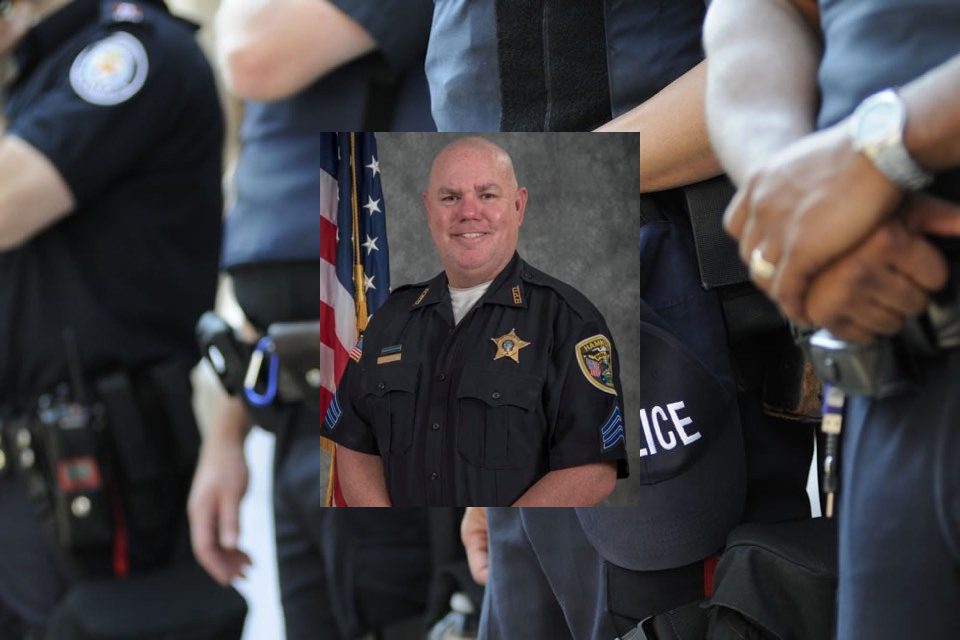 Indiana residents were stunned to hear that a veteran officer in the town of Hammond lost his life to COVID19. On Thursday, June 17, 2021, Sergeant Thomas E. Sawyer died from contracting the virus during his duties. The 53-year-old officer had many years of experience serving his community as a trusted law enforcement officer.

Before becoming an officer, Sawyer started in civil service. Out of high school, Sgt. Sawyer enlisted and served actively with the US Air Force. Sawyer was a combat veteran. He served his country during several active tours in Operation Desert Storm, Iraq, and Afghanistan.

After serving his country, he wanted to continue a life of service to his country and community. Sgt. Sawyer served for more than 23 years with the Hammond Police Department. He wore badge number 448 on his uniform.

The Hammond Police Department does not require vaccinations. Sgt. Sawyer was the first loss to COVID for the department. Out of 200 officers, so far, 20 Hammond officers have reported a positive covid test. Public health data shows that the city of Hammond is at 35% vaccinated.

Hammond police draped the blue line flag over Sawyer’s patrol vehicle. It is set as a memorial for residents who wish to say goodbye or pay their respects.

As their website proclaims, officers at the Hammond, Indiana Police Department serves more than 80,000 residents. Sgt. Sawyer was an invaluable asset to the community and the department. Twenty-three years of experience in a medium-sized city like Hammond is irreplaceable. Over his time with the department, Sawyer had an impact on many lives.

The HPD is a modern full-service agency. As a result, the department has initiated many new technologies into its community policing efforts. One such program they have begun is Hammond’s Blue Net. Businesses and residents alike can register their home security cameras with the department to allow them access to help solve crimes. In addition, residents who sign up can post stickers handed out by the department to inform others that they are being monitored on camera.

Sergeant Thomas E. Sawyer leaves behind his wife and two children. FOP Lodge 51 shared the heartfelt loss the community was feeling. “We are heartbroken as there are no words for the sadness we feel. Our hearts and prayers go out to the Sawyer family and those who love Tom.”

Hammond FOP President, colleague, and friend, Detective Michael Elkmann shared details about how dedicated an officer Sawyer had been. “He loves his son and daughter. They’re both great kids that are heading in a successful direction. His wife meant everything to him. It meant everything to him. He loved the uniform, he loved serving the community and the people that we protect and serve every day, and he loved being part of our blue line family.”

The Hammond Police Department shared the following post announcing the loss on social media. “It is with great sadness that the Hammond Police Dept. announces the passing of our brother, Sgt. Thomas E. Sawyer. Sgt. Sawyer lost a difficult fight against Covid-19 contracted while working his normal duties. We are heartbroken as there are no words for the sadness we feel as a department. Sgt. Sawyer was a 53-year-old Air Force veteran and began his tour on December 18, 1997. He is survived by his wife and two children. Our hearts and prayers go out to the Sawyer family and those who love Tom. More information will become available as we plan full honors for our brother.”