In Memory of Sergeant Stephen Williams 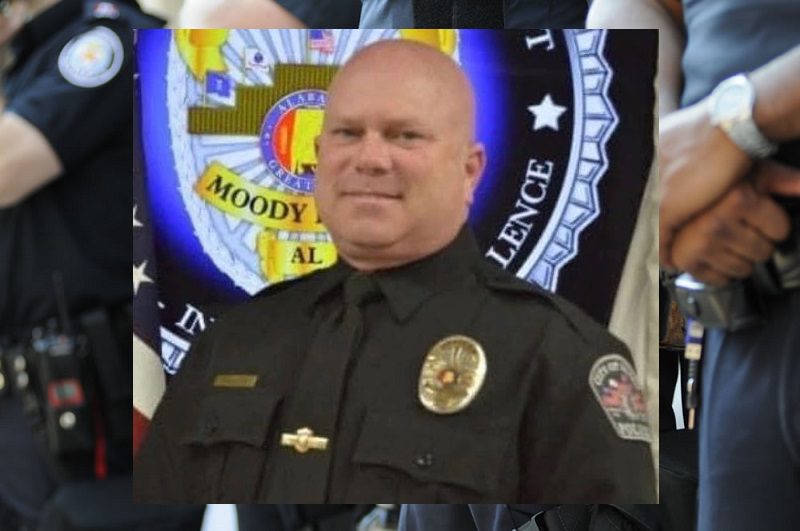 Tuesday night, June 2, 2020, the Moody Police Department in Alabama announced the loss of one of their valued officers. Sergeant Stephen Williams was shot and killed by a suspect in a standoff at the Motel 8, located in the 2400 block of Moody Parkway.

It was just after 9:30 p.m. when officers swarmed the motel due to a call of distress. No other details regarding the call have been released. The call must have been dire, as nearly 100 officers turned their attention to the hotel, and ready for any actions necessary.

Sergeant Stephen Williams, age 50, had just arrived on the scene, bringing with him a new trainee officer. Many details have yet to be released, as the incident is still under investigation. St. Clair County Sheriff Bill Murray made this statement regarding the shooting. “I would say this incident began immediately on arrival to the scene. There was an immediate engagement, and it has made this investigation very broad and complex because of the size of it.”

A male and female, who had been holed up inside the room, were eventually arrested. Their identities have not yet been released, nor the reasons behind the shooting. Law enforcement is not giving any details regarding any possible charges for the couple.

Sheriff Murray continued to explain that a large variety of weapons were found at the scene. He also stated, “Sgt. Williams and all the surrounding officers that were responding were in a fight for their life when they arrived here.”

A lifetime of Service from Williams

Sergeant Stephen Williams served with the Moody Police Department. He had been with the department for three years, having been promoted to Sergeant last year. He had served with distinction as an officer in the community and surrounding communities for over 23 years.

Police Chief Thomas Hunt had this to say about Williams’ service with his department. “Oh, he was awesome. Williams was a good man, a funny man to be around, and not long ago he won officer of the year among our department.”

His wife and three children survive sergeant Stephen Williams. Family, friends, and his many brothers and sisters in uniform are grieving the loss of a great leader in the community. He is the second Alabama officer killed in the line-of-duty this year.

Alabama Attorney General Steven Marshall had this to say during a briefing about the standoff and Williams’s loss. “Sergeant Williams was responding to a call for help at a local hotel. He showed up, ready to assist, and was instantly shot dead. At this point, we have no reason to believe that Sergeant Williams’s shooting is related to the unrest we’re witnessing across the nation.”

Marshall also added more. “Alabama has been plagued in recent months by a lack of respect for law enforcement — most of whom are genuinely good men and women, from all backgrounds, doing an incredibly difficult job.”

Moody Police Chief Thomas Hunt was saddened by the loss of one of his officers and a friend. “He was a good man, a good person, a good teacher, a good mentor. A lot of guys looked up to Stephen.”

Alabama Governor Kay Ivey was heartbroken to hear about the family’s loss, especially that of the children. “Beyond his career in law enforcement, he was a father. And now three children are left without their dad. This senseless violence must end. Every Day, brave men and women who wear the badge put their lives on the line in order to keep us safe. We are greatly indebted to his service on our behalf. I ask the people of Alabama to join me in prayer for his family, friends, and his brothers in arms.”