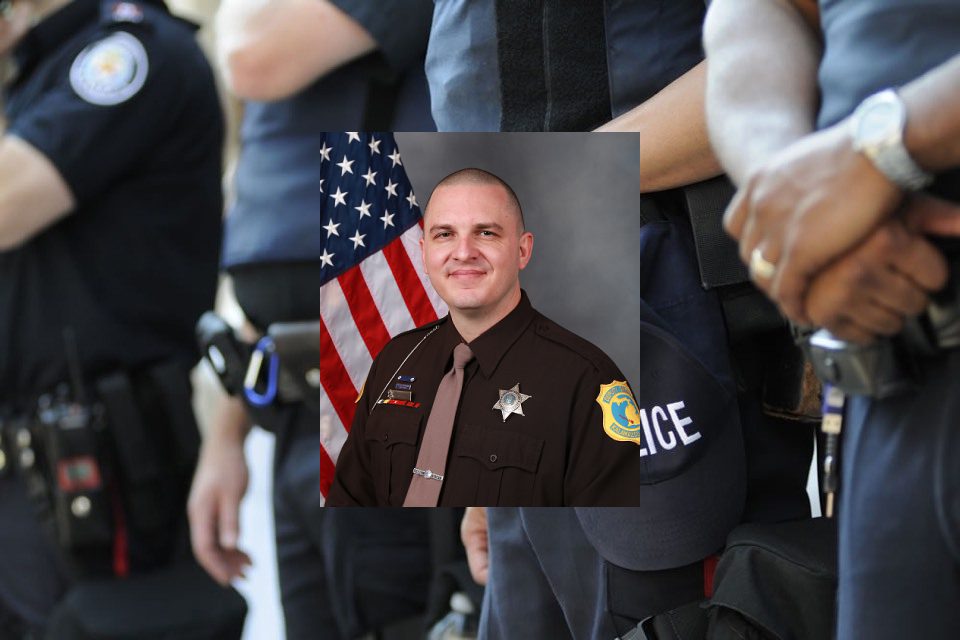 On Sunday, August 15, 2021, Michigan officials shared with residents the tragic news of the death of a local law enforcement officer. Sergeant Ryan J. Proxmire, badge number 4607, died due to a gunshot wound he received on August 14. Sgt. Proxmire was 40 years old.

Officers noted a subject that had evaded them earlier during a vehicle pursuit. Deputies approached him at a gas station. Deputies from the Kalamazoo County Sheriff’s Office moved in and began to walk toward the wanted individual. The subject pulled a weapon and fled. Deputies followed suit, engaging in the second vehicle pursuit with this subject.

The second pursuit proved more deadly. During the chase, the male subject began shooting at the officers. Unfortunately, Sergeant Proxmire was hit by one of the rounds. His vehicle left the roadway. The shooting and accident occurred in Charleston Township.

The pursuing deputies continued the chase for more than four miles. Tragically, the officers were unaware that Sgt. Proxmire had been wounded. The violence and chase closed in a field where the man pulled his weapon and began shooting at the deputies. The deputies shot back in defense, killing the man and ending the long night of violence.

A motorist found Sgt. Proxmire and called for assistance. EMTs and others helped to rush Proxmire to the nearest hospital for emergency treatment. Unfortunately, despite the attempts to save him, Proxmire died the next day.

Proxmire had been a sworn member of the Kalamazoo County Sheriff’s Office for over nine years. He recently spoke with his chief about wanting to work on the rank of sergeant. His service to the department was honored in death when Proxmire was promoted posthumously to Sergeant by the Sheriff. He is the third officer in the history of the department to die in the line of duty.

Founded in 1830, the Kalamazoo County Sheriff’s Office began its history with its first elected sheriff, Delamore Duncan. Sgt. Ryan J. Proxmire chose to serve his community as a sworn officer with the KCSO. The department serves a large population of more than 260,000 residents. The jurisdiction of the KCSO covers the entire county with focuses primarily on the unincorporated areas. Patrols can range over 580 square miles.

The KCSO is a fully accredited agency that handles law enforcement, investigations, SWAT, and civil service for the court. The sheriff’s department is responsible for court security and the maintenance and operations of the Kalamazoo County Jail.

Sergeant Ryan J. Proxmire leaves behind his wife, four children, and his parents. The sudden loss can be devastating to both the immediate family, the community, and the department. Law enforcement agencies are like family, the blue family. It will take support from all those around the Proxmire family to help them through this difficult time.

Sergeant Christopher Hoffman, a friend, and coworker was devastated and shaking back tears shared his grief. “Ryan was an exceptional cop. He was quick to attach himself to any call, no matter how in-depth or mundane. He was always concerned for his partner’s safety, no matter how dangerous the situation was. I can only hope that someday I will be as good of a cop as Ryan was. And we should all strive for that quality in law enforcement officers that Ryan was. We know 113 will always be there to assist us when we’re in need of backup.”

Sheriff Richard Fuller spoke of a family that came to the memorial outside the department set up for Ryan Proxmire. “Just two days ago, I was out front at the memorial of the patrol car that stood outside. A young couple pulled up and had a child in the back seat. She said, ‘we just wanted to go over here and show our daughter this memorial of the officer.’ I said did, ‘you know him?’ She said, ‘No, but we were at the Shell station getting a Subway sandwich that night, and he and his friends made us safe by warning us of the danger.”