In Memory of Sergeant Ricardo Perez-Ortiz 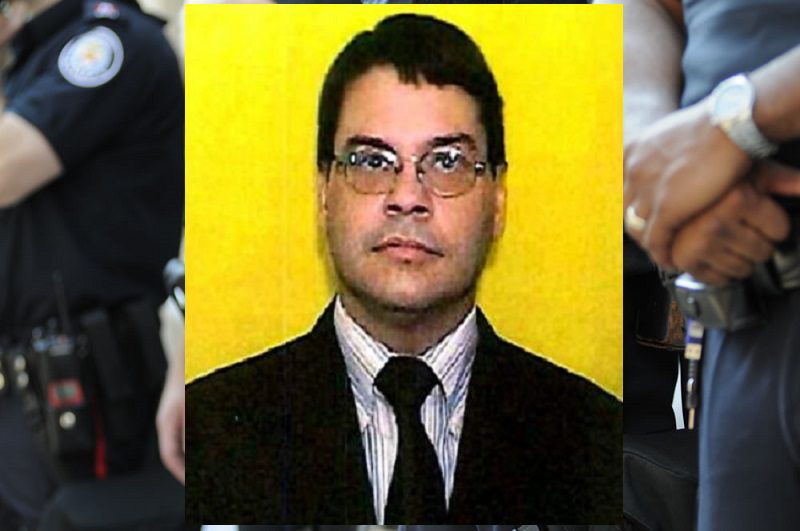 On Sunday, August 24, 2020, Puerto Rico Sergeant Ricardo Perez-Ortiz, age 52, died from his wounds he had received from gunfire on April 30, 2020. According to Puerto Rico officials, he fought for his life and his family for four months before he succumbed to his injuries.

Sgt. Perez-Ortiz was confronted on April 30, around 11:50 pm, while he was en route to his shift for work. He was driving his personal vehicle and in his police uniform while driving along Avenue Jesus T. Piñero. He was suddenly surrounded by a group of individuals who were on motorcycles and off-road vehicles, which were violating the COVID19 restrictions. The drivers encircled his car, forcing him to come to a stop. One or more of them opened fire on Sgt. Perez-Ortiz, striking him four times before fleeing.

It is known that a .40 caliber weapon was used to fire upon the officer. Officer Perez-Ortiz was struck four times, hitting him in his intestines, kidney, and vertebra.

Emergency services worked to save the life of Perez-Ortiz and transported him to Rio Piedras Medical Center. He remained in critical condition during the four months as he underwent several surgeries to attempt to save his life. He was able to help police with descriptions of the suspects. His assistance to homicide investigators will help to find those responsible for his death.

The suspect has been identified by the PRPD but has yet to be located and apprehended. At the time he was murdered, Sgt. Perez-Ortiz had been assigned to the PRPD’s Technical Services Division of the Criminal Investigation Corps.

The Puerto Rico Police Department awarded him the honor and title of Sergeant posthumously for his bravery, and the many years he served the community through his work through law enforcement.

In Puerto Rico, the police department is officially known as the Puerto Rico Police Bureau. Sergeant Ricardo Perez-Ortiz served the island state through his work as a law enforcement officer with the bureau for more than 23 years.

In 2020, the Puerto Rico Police Bureau had a total of 11,600 sworn officers as well as several thousand other administrative personnel. This makes the department the second-largest police department in the United States after New York City. The large bureau is divided into 71 districts, 34 precincts, and 13 highway patrol areas.

The department has a long history on the island, dating back to 1837. It was then that Spanish Governor Francisco Javier de Moreda y Prieto created the Puerto Rico Civil Guard. At the time it was created, the island was under the jurisdiction of Spain. In 1899, after the Spanish-American war, the United States had taken control of the island and instituted an updated police force under the command of Colonel Frank Techner. At that time, the Island had 313 sworn officers.

His brother survives sergeant Ricardo Perez-Ortiz. He also has many friends, neighbors, community members, and coworkers who share his brother’s grief. The island of Puerto Rico has come together to show support for a local hero who has sacrificed his life in the line of duty.

From The Big Shout Out, Steve Wightman expressed his condolences over the loss of Officer Perez-Ortiz on his Twitter page. “Honoring Puerto Rico Police Department Sergeant Ricardo Perez-Ortiz, died August 24, 2020, from gunshot wounds sustained on April 30th, 2020, when he was confronted by armed subjects while en route to work at 11:50 pm. Honor him, so he is not forgotten.”

The International Association of Chiefs of Police posted their condolences on their social media page as well. “Our thoughts go out to the family, friends & colleagues of Sergeant Ricardo Perez-Ortiz, Puerto Rico Police Department, Puerto Rico.”

The Bureau of Alcohol, Tobacco, and Firearms posted condolences on their Twitter account, recognizing a fellow officer’s sacrifice. “Our thoughts are with the Puerto Rico Police Department, Puerto Rico, and the family and friends of Sergeant Ricardo Perez-Ortiz, who succumbed to gunshot wounds sustained when he was confronted by armed subjects while en route to work. #LODD #EOW”