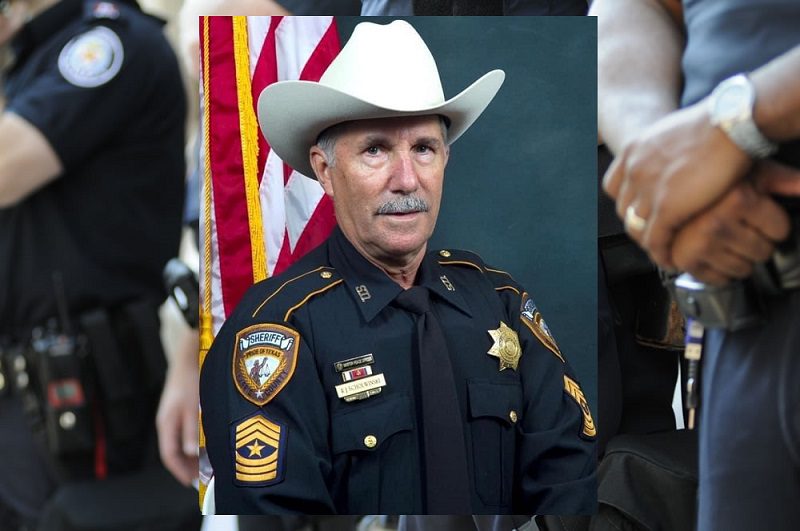 On Wednesday, May 6, 2020, Sergeant Raymond John Scholwinski of the Harris County Sheriff’s Office passed away after a month-long battle against the coronavirus. Sgt. Scholwinski, age 70, had given his life to the community and was well-loved and respected by all who knew him. He had served with the Sheriff’s office for over 44 years.

Officials with the department explained that Scholwinski began as a reserve deputy in 1979, eventually becoming a full-time officer. He then continued to serve another 26 years. His most recent assignment was as the day watch contract Sergeant, and he also helped develop and run public safety town halls for residents.

It was on April 8, that the community came together, along with fellow deputies and family members, to hold a candlelight vigil for Scholwinski as he fought for his life in the ICU at Memorial Hermann Hospital.

Harris County Sheriff Ed Gonzalez had made several comments praising Scholwinski during his time as an officer. “Sgt. Scholwinski represented the best of the Harris County Sheriff’s Office family. Whether he was on patrol, making a neighborhood association presentation, or in the field during hurricanes, tropical storms, and other disasters, Ray consistently delivered for the people of Harris County. We will miss our brother, and we will honor his legacy of service.”

Rynda, his wife, said that she could never have imagined being unable to be with him when he was sick or in his final moments. “I never thought I wouldn’t be able to be with my husband when he’s so sick.”

She spoke of how they had met over 35 years ago, as he was still striving to become a full-time officer. Scholwinski was working at her apartment complex and slowly began courting her. It was a Texas-sized romance.

Rynda Scholwinski went on to talk of all the years of training that her husband had gone through. “They go through training on how to learn how to approach a vehicle to make a stop, how to answer a door when they’re going to a domestic violence call. But you can’t even train against this.”

A total of 402 members of the Harris County sheriff’s department, support staff, and detention center employees, spent time in quarantine from exposure. Twelve Sheriff’s office employees had been hospitalized from the virus and more from the detention center.

Sgt. Scholwinski served through the Harris County Sheriff’s Office (HCSO). The HCSO is located in the county seat of Marshall, Texas. They serve a total amount of nearly 66,000 citizens, covering an area of 916 square miles. The department currently has approximately 70 full-time deputies.

Harrison County itself was officially organized in 1846, following the establishment of the town of Marshall in 1842.

Sergeant Raymond John Scholwinski left behind his wife, who had been the love of his life, Rynda, his children, grandchildren, and great-grandchildren. He had a large extended family, many friends, and co-workers in uniform who will miss him greatly.

Officials from the Sheriff’s Department released a statement of their condolences. “Sgt. Scholwinski consistently served the residents of Harris County with honor, charm, and distinction. He will be missed by his many friends and colleagues, all of whom were positively influenced by his commitment to service.”

Harris County Judge Lina Hidalgo offered her condolences to the family and community. “His service earned him the community’s love and support. Law enforcement is part of the front lines in this fight.”