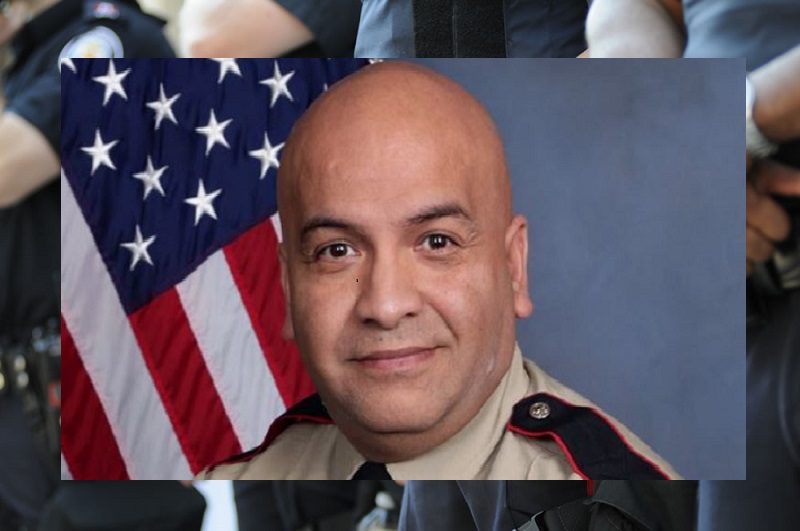 Texas has been severely impacted by the results of a loss of life among many law enforcement departments due to COVID19. Authorities are saddened once again to announce another officer’s death due to complications arising from the coronavirus. Sergeant Raul Salazar, Jr., age 52, died on Sunday, August 23, 2020. Sgt. Salazar was a 22-year veteran of Texas law enforcement, and in the end, gave his life protecting his community.

It is assumed that Salazar contracted the virus while on duty and serving his community. Officer Salazar was laid in state at the Memory Gardens Funeral Home for the public to pay their last respects, but the funeral services remained private. A funeral mass was held at the Most Precious Blood Catholic Church, and a private burial ceremony was held afterward.

Sergeant Raul Salazar graduated from the Del Mar Regional Police Academy in May 1998. He devoted his life to protecting his community and family. He began his career later in 1998 with the Beeville Police Department. Before coming to the Nueces County Sheriff’s Office, he had worked as a bailiff for Judge James Klager in County Court #4. When he joined the Nueces department, he began as a patrol deputy. He was a diligent and respected officer who was promoted to Corporal in November 2015, then received a second promotion to sergeant in September 2017.

The sheriff’s department not only provides additional law enforcement services to the community but also maintains and manages the operations of the county jail. The department includes patrol units, investigations, SWAT, court security, and many other services to the community. Officers who work for the Nueces County Sheriff’s office also handle service on all court proceedings.

Sergeant Raul Salazar, Jr. is survived by his wife, Priscilla, and his daughter, Hallie, and stepdaughter, Alissa. He also had many in the community that will share in the grief, extended family, neighbors, friends, and coworkers.

Raul started with the NCSO in July of 2015 as a Patrol Deputy, promoted to Corporal in November 2015, and promoted to Sergeant in September 2017. His coworkers will miss him, and all that knew him.

The Nueces County Sheriff’s Office will share information concerning memorial services and celebrations of life when the information becomes available. Please continue to pray for his wife and immediate family during this sad and trying period of time.”