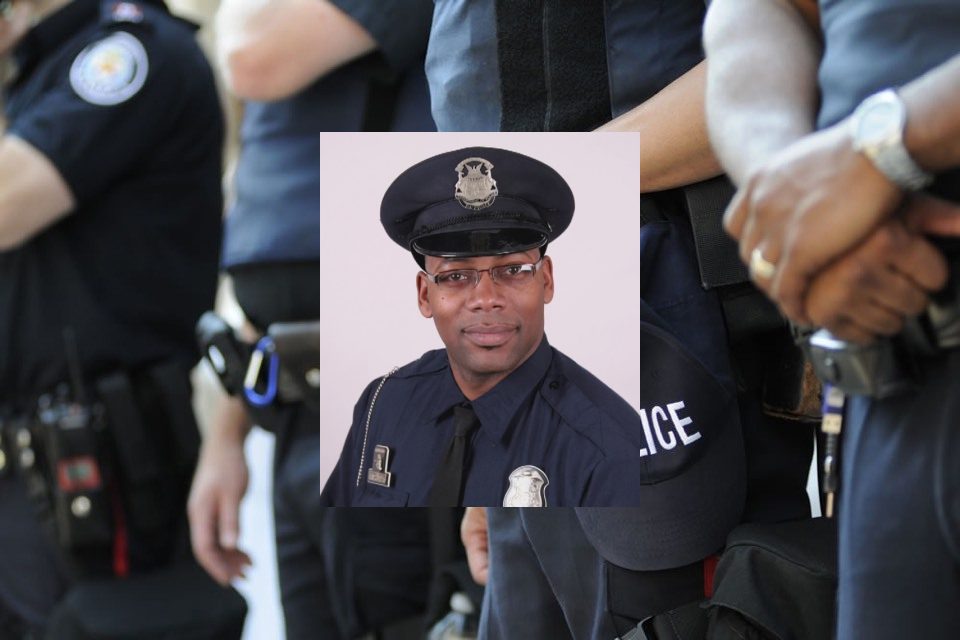 On Wednesday, November 20, 2019, the Detroit Police Department announced that a local officer had died from a gunshot wound. Sergeant Rasheen Phillipe McClain, badge 3520, was shot and killed while assisting with a domestic violence call. McClaine was 46 years old.

Domestic violence calls are the most dangerous calls that police or law enforcement officers answer. In many cases, the perpetrator of the violence has already demonstrated a lack of respect for others. This mentality becomes violent when confronted by law enforcement to answer for their actions. Frequently, domestic violence situations are such that the officers arriving don’t have any idea if there is a weapon involved or not. The standard protocol for these calls across the country is to have a multiple-officer approach because these calls can be so hazardous.

A call came into the Detroit emergency line about a domestic violence situation. A woman’s boyfriend had broken into her home. He was brandishing a firearm and threatening her and the other occupants.

Officers arrived at the scene to find the victims sitting outside. They spoke with Sgt. McClain and informed him that he was still inside the home and armed. McClain and three other officers went into the house and cleared rooms to locate the subject without hesitation.

The officers could not locate the suspect, and they had cleared the main level and the home’s second floor. So officers went to clear the basement as well. As officers were funneled into what can be referred to as a trap, officers worked their way down the stairs into the basement. As they moved down the staircase, the man jumped out from the dark and opened fire with a semi-automatic rifle.

McClain was struck in the neck, and another officer was hit in his leg. The suspect attempted to flee and managed to get about a block away from the scene before being taken down by other officers. As a way of honoring the sacrifice made by McClain, the department posthumously promoted him to the rank of Sergeant. McClain had served the city of Detroit as a law enforcement officer for over 16 years and worked out of the 12th Precinct.

The Detroit Police Department (DPD) began its history with the appointment of two town constables in 1801. They have grown significantly since then, as today, they have approximately 2,200 sworn officers. Historically, the DPD has been a fantastic example of leadership to many other law enforcement departments across the country.

In 1893, the DPD pushed social boundaries by hiring its first female officer and its first African-American officer. The liberal department established a Women’s Division in 1921, one year after women had received the right to vote. While many police departments across the country face issues regarding integration, the DPD has been an example of having a force that reflects the overall city demographics. Currently, the DPD has 67.4% of their officers that are African American or other minorities, and also, 23% of their department consists of female officers.

Sergeant Rasheen Phillipe McClain leaves behind his wife and three step-children. Full honors were performed by the Detroit Police Department’s Honor Guard. Residents mourned with the McClain family and came out to wave and show signs of support when McClain was escorted to his final destination.

US Representative Brenda Lawrence came out with residents to mourn the loss of McClain and commented on gun violence. “Gun violence, on a large level, is decimating our community. Every time we lose a life – I am so sick and tired of hearing the Second Amendment being their response. We can have a Second Amendment, which I support, but we can also have common sense. We need that to protect our police. We need that to protect our community.”

Detroit Police Chief James Craig commented on the loss of Sgt. McClain. “He was truly a professional. He was someone that, when he was in the field, knew he was in control. He loved the 12th Precinct. McClain was offered a new opportunity called a chief’s scholarship, but McClain turned it down because he wanted to stay at the 12th Precinct. He liked working the afternoon shift. This is an opportunity to really celebrate his life. I just continue to ask for prayers for the family. Not just his immediate family, but also his DPD family.”