In Memory of Sergeant Parnell Guyton 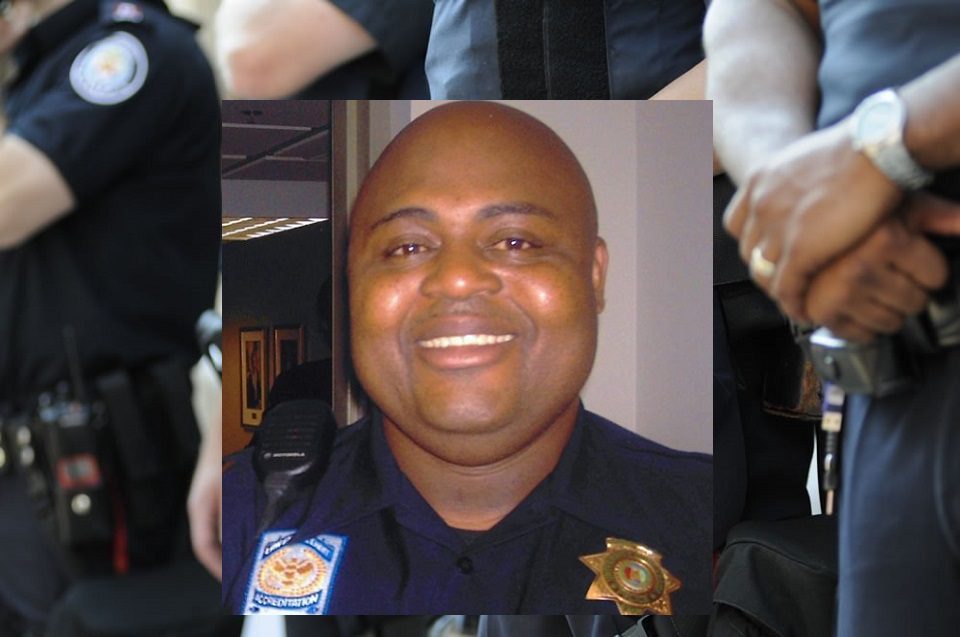 The University of Alabama announced the death of one of their campus police officers due to COVID19. Sergeant Parnell Guyton, age 47, passed away on Friday, July 31, 2020. It is presumed that he contracted the virus through his work as a police officer. Sgt. Guyton put up an extraordinary fight with the coronavirus. He was in ICU at UAB’s COVID Unit and placed on a ventilator for 45 days. He came through the battle with a total of 59 days in the hospital and one month in rehabilitation. Sadly, the impact of the virus was too much for Guyton to overcome completely. One day after his release from the hospital, Sgt. Guyton passed away at home with his family.

Guyton served for over 16 years with the UAB Police Department. He lived his life in service to others, so it was a natural fit to join a police force whose mission statement includes being professional, effective, and caring. The UAB Police & Public Safety Department brings the community into its policing, integrating crime prevention, problem resolution, and community involvement in keeping its residents safe and secure. They believe in being a support system for UAB guests, students, and employees.

Families worldwide are left to pick up the pieces of their lives and find a way to carry on after losing loved ones to COVID19. Sergeant Parnell Guyton leaves behind his wife and seven-year-old son. Through his extended stay at the hospital, the community that encouraged him is coming together to support his family in their time of need. Extended family, neighbors, strangers, and coworkers are all sharing in their loss.

UAB President Ray Watts and Police Chief Anthony Purcell stated the impact Guyton had on others. “Our hearts are broken by the passing of UAB Police Sergeant Parnell Guyton, who lost his months-long battle today after contracting COVID-19 in the spring. Countless people in the UAB family, the Birmingham community, and beyond have followed Sergeant Guyton’s courageous fight. We thank everyone who has cared for, supported, and prayed for Sergeant Guyton and his family and ask for continued prayers. His fighting spirit, bravery, and love have inspired us and warmed our hearts, and now our hearts go out to his family, friends, and colleagues, who will miss him dearly. If you knew Sergeant Guyton, you are fortunate and better for it. He was an exemplary officer and a dear friend. Most importantly, he was a beloved husband and father, and our thoughts, prayers, and support are with his family in this difficult time.”

Jennifer, from Sparks Pediatrics, was deeply impacted by time with the Guyton family. “Words cannot explain what a great man Parnell was. He brought smiles and happiness to everyone whose path he crossed. When on duty, he kept calm and rational in irrational situations and frequently came to our rescue. We are truly blessed to have known such a hero. It was awesome seeing how excited he was about bringing his “Drewski” into this world, and wonderful seeing how much he cared for and wanted the best for both of you. It has been a pleasure and an honor to know him. We cannot imagine the loss you are going through, and will always be here for you.”