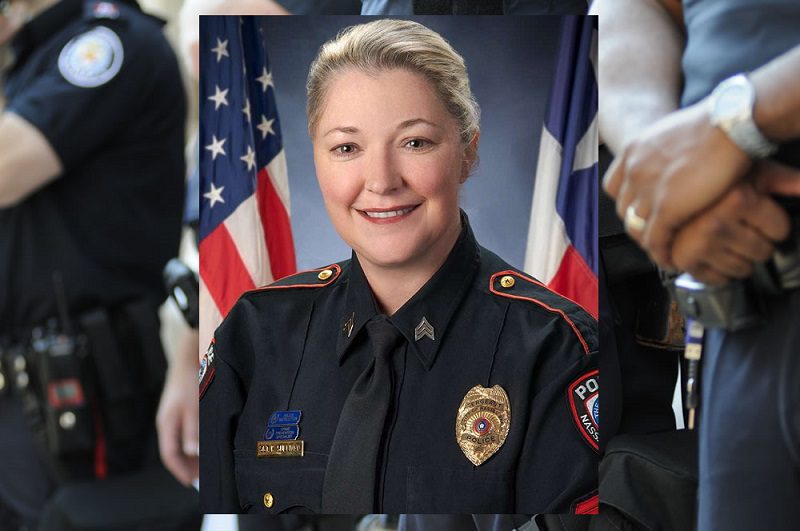 It was approximately 8:30 pm on December 10th, 2019, when Sergeant Kaila Marie Sullivan was near the 2000 block of San Sebastian Court with other officers attempting to make an arrest. Sergeant Sullivan, was backing up other officers who had pulled over the suspect on a traffic violation and found he was wanted on a domestic assault warrant.

While officers were attempting to restrain the suspect and put on cuffs, he began to resist. The suspect managed to escape and get back into his vehicle. As he was escaping, he fatally struck Sergeant Sullivan with his automobile and fled the scene. Sergeant Sullivan was transported to the nearest hospital, HCA Clear Lake Hospital, where she passed away from her injuries. She was 43-years of age.

According to the Police Officers’ Labor Council, line of duty deaths for 2019 were down 18% compared to 2018. They are pleased the rate is declining, but losing one officer is difficult. For over twenty years they have been tracking the info, in hopes to find ways to reduce the numbers of officers lost. They want to find ways to protect the very men and women who put their badge on each day and go out to keep the rest of the community safe.

While the majority of officer deaths still involve handguns, it surprises many to know that automobile deaths are a very close second. In 2019 there were 49 officers who lost their lives due to handguns, and 43 officers who were involved in traffic or automobile related incidents. Sergeant Kaila Sullivan was one of seventeen officers who were struck by an offender or another vehicle while outside their patrol car. The Council is looking to use this information to implement better training and other safety policies to reduce these rates in the future.

Nassau Bay, Texas was the community in which Sergeant Kaila Sullivan actively patrolled and protected during the length of her law enforcement career. She was a member of the Nassau Bay Police Department. The small community of nearly 4200 residents, borders southeast Houston and is directly across from the Lyndon B. Johnson Space Center.

Nassau Bay is the home of the Spirit of 1776 Ranch which was founded by Colonel Raymond Pearson. Most of the area which is now known as Nassau Bay was a part of the Colonel’s ranch from 1927 to 1962. The Colonel sold to Jack Kamin’s developers who wanted to build a community that would be enticing and familiar to families and employees moving to become part of the local NASA laboratory.

The Nassau Bay Police Department, in which Sergeant Sullivan spent her career, serves the community in a variety of ways. The department has patrol units that work 10-hour shifts that overlap, so that at no time is there ever a lack of officers, or a concern during shift changes. Since the neighborhoods and other recreational areas can sometimes be difficult to patrol from a vehicle, the Nassau Bay Police have an extensive Bicycle Patrol Unit. Their department also ensures safety on the extensive waterways of the area including the bay, and in the Clear Lake area. Since a large portion of the area the department is responsible for is water, they deploy their own Marine Division with certified Marine Safety Enforcement Officers.

Sergeant Kaila Sullivan touched so many lives in Nassau Bay, that she is remembered as a local hero. Nassau Bay remembers her as an officer who served their community for nearly 16 years. Her entire community loved her in return. They remember her as being “selfless,” an outgoing woman who played guitar, and was the consummate professional at all times. For this, they honored her when on Wednesday, December 18, 2019, family, friends, and fellow officers from across Texas, filled the Grace Church on Gulf Freeway for her funeral. The impact she made in her years in law enforcement was so incredible, that the decision was made to close all administrative offices in the city on the day of her funeral.

The loss of Sergeant Sullivan left behind a grieving family. Sullivan is survived by her loving wife, Traci Sullivan, and her son, Kaden. She valued her relationship with Traci and the embracing acceptance the community gave them. She was involved in many extra activities outside of her work as an officer including being a long-time member of the Sisters Eternal Motorcycle Club of Texas, in which she held the esteemed office of President. The group showed her great reverence during her funeral by escorting her casket from the church in the passenger seat of a motorcycle. She is an officer who will be truly missed by many friends, co-workers in blue, and her family she cherished so much.