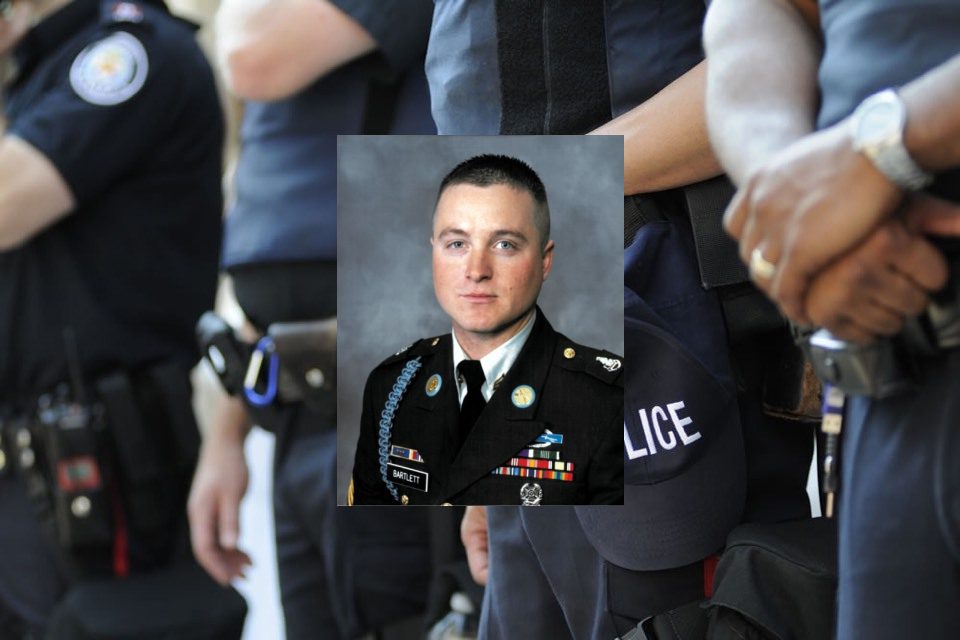 On Thursday, July 15, 2021, the residents of Lubbock County, Texas, were stunned to learn that one of their local Sergeants had been killed in the line of duty. Sergeant Josh Blake Bartlett, age 38, was shot and killed by a suspect who then barricaded himself into his home. Sgt. Bartlett had served his community many years as a member of the Lubbock County Sheriff’s Office and was a US Army Veteran. Bartlett was the fourth officer in the history of the Lubbock County Sheriff’s Office to be killed in the line of duty.

It was early Thursday morning when a driver had been pulled over for reckless driving by a Texas Highway Patrol Trooper. The driver was aggressive against the Trooper, attempting to bait the officer into some type of altercation. After the Trooper let the driver go, he returned home. The man was agitated by the incident and began walking around his neighborhood with a firearm in the early afternoon. Calls lit up the 911 switchboard with concerned residents.

Sgt. Bartlett went to answer the call along with officers with the Levelland Police Department. As officers with the Levelland Police Department approached, the subject opened fire on them, ran into his home, and barricaded himself behind closed doors. As other officers arrived, the gunman began firing reckless, random shots from his hiding place within the house, located in the 1100 block area of 10th Street in Levelland, Texas.

During the standoff and intermittent violence, Sgt. Bartlett, along with three other members of the SWAT team, was shot. Sgt. Bartlett was taken immediately to Covenant Medical Center for treatment and later succumbed to the gunshot wound. In addition, several officers and team members were wounded during the standoff; one is in critical condition.

Despite the number of injuries, officers stayed in their positions and took the gunman into custody around 11:30 pm. The suspect is being charged with capital murder.

Bartlett led an impeccable life of service to his fellow man. He began his service in the US Army, where he saw combat during two tours in Iraq. Bartlett was an infantryman with the 10th Mountain Division. During his military career, Bartlett excelled and was awarded many honors and accolades when he was enlisted. He earned the Purple Heart, an Army Commendation Medal, Army Good Conduct Medal, National Defense Service Medal, Global War on Terrorism Service Medal, Global War on Terrorism Expeditionary Medal, Iraq Campaign Medal, Army Service Ribbon, Overseas Service Ribbon, and Combat Infantryman Badge.

Deputies and other officers with the Lubbock Sheriff’s Office provide law enforcement services to the unincorporated areas of Lubbock County and also to communities they have contracted with for patrols. The LCSO is responsible for patrolling more than 900 square feet and providing protection and security to more than 300,000 residents.

Thousands of residents and local law enforcement gathered together to help support the Bartlett family and show their gratitude for the sacrifice made by Sergeant Joshua Blake Bartlett. Sgt. Bartlett leaves behind his wife, four sons, parents, and siblings. The abundance of support that they received from the community has lifted the spirits and pain for this family.

Kelly Rowe, Lubbock County Sheriff, spoke of the senselessness of the loss to his department and to the Bartlett family. “The loss of Josh has created a void that will never be filled for everyone who knew and loved him because of the senseless and inexplicable actions of a despicable individual that decent words cannot describe.”

Reverend Dooley Appleton shared a memory of Bartlett’s philosophy in life. “He believed in the statement: make a friend wherever your feet trod. He did that; he did that very well.” Bartlett shared this way of life with his family through many travels and vacations. Bartlett was an exemplary individual everywhere he went.