In Memory of Sergeant Joseph Spinosa 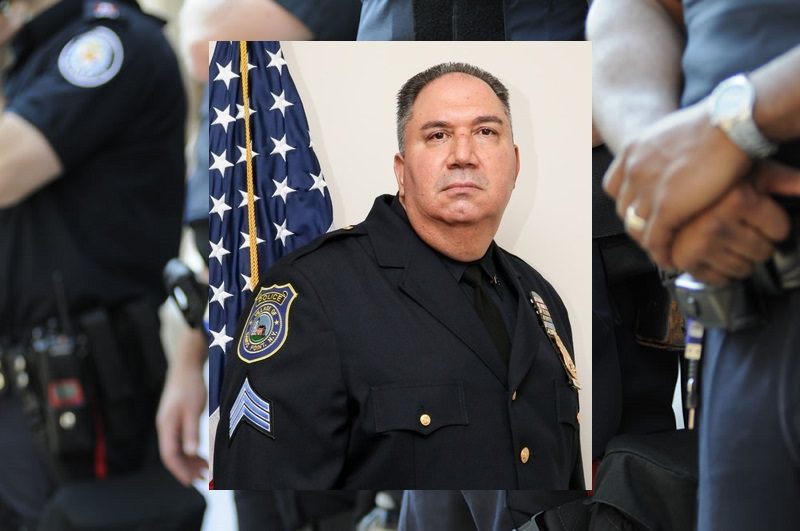 The Sands Point Police Department lost one of their own to the coronavirus on Wednesday, April 15, 2020. Sergeant Joseph Spinosa, age 52, lost his battle with complications from the virus. After leaving his shift on March 27, he began feeling ill and started having a fever spike. Spinosa informed the department regarding his condition, as it did not improve, the sergeant sought medical treatment on March 31. On April 1, he tested positive for COVID19 and pneumonia.

Chief Thomas Ruehle spoke about Sergeant Spinosa during a briefing about his death. He said this marks the first coronavirus death that has occurred for them as well as the first line-of-duty death for their department. Spinosa had been a patient at New York University Winthrop Hospital. He had difficulty breathing and was placed on a ventilator that he never came off or recovered from being placed on it.

Sergeant Spinosa had spent nearly 20 years with the department. Chief Ruehle described him as a big teddy bear of a nice guy who loved “busting chops.” A jokester. Spinosa was known as a big man with a bigger heart. Ruehle stated that his department was overwhelmed by the number of condolences and messages they have been receiving from Sands Point residents. He also added, “He didn’t have a mean bone in his body. He was the perfect sergeant.”

Friends and co-workers in the department had many things to add about Sergeant Spinosa. Officer James Schenker had this to say about his friend: “He loved food; he was a foodie. He loved to barbecue. He was happiest when me… and some of the other guys could get together and eat.”

Another officer and co-worker added more about Sergeant Spinosa’s cooking abilities. Sergeant Brian Meadows mentioned that Spinosa was well known as the department’s grill master. Although the recipe remained a big secret, “His cherry cola pork chops were outstanding.”

Meadows went on to say that while his friend was in charge, that you couldn’t get near the grill. Schenker added to this that Spinosa’s favorite foods were anything meat. That he loved “Steak, sausage, ribs, pork chops.”

Carol Spinosa, the sergeant’s 77-year-old mother who also lived in Hicksville, was extremely proud of her son. “He wanted to go to the city police, but we sort of talked him out of it. It was safer on Long Island than in the city. He loved being a cop. He liked people. He was a people-person. He liked helping people.”

While Americans are staying inside, police and their departments are still out doing their jobs, acting as first-responders and patrolling to keep everyone safe, at peril to their own lives. Since the virus began, departments across the country have been changing the way they work with updated safety protocols and new disinfection policies trying to stay healthy and safe while out on patrol.

While doing their jobs, many officers across the country have died from the coronavirus; thousands more have become very ill from the disease, forcing them to take time off and leaving departments short-handed. Officers in every city across America are still patrolling despite the risks involved, knowing that this threat is one that they can’t see, and may not be able to defeat.

The Chelsea Police Department in Massachusetts, Chief Bryan Kyes, had this to say about the pandemic sweeping the globe: “We’re all learning from each other across the state in terms of best practices. We don’t have roll calls. We have nothing where we have officers in close proximity to one another. Officers are wearing PPE for any interactions with the public.”

The Sands Point Police department has a 100-year-old history in the village of Sands Point on Long Island. The department serves a community of approximately 4,000 residents and covers a 3 ½ square mile area. The department includes 20 sworn officers, with current Chief of Police Thomas Ruehle, one lieutenant, now three sergeants, and fifteen full-time patrol officers.

The main tasks of the department are through the patrol division. However, they do have specialized areas to serve their community, which includes traffic enforcement, juvenile aid, and School Resource Officers.

New York, Long Island, and the Village of Sands Point all showed up to bid farewell to Sergeant Joseph Spinosa. Police departments across the country are facing difficult times during this coronavirus outbreak as they work through the details of how to honor their local heroes. Often when an officer is lost, thousands come from all across the country to show their respects. The officers come to grieve and to share in the services for the fallen officer. Today, getting a funeral together at all has become difficult at best. This isn’t a problem just for officers but for anyone in the country, due to the coronavirus outbreak.

Officers from Long Island and other areas of New York State came together at the hospital in Mineola on Sunday afternoon. Reverend Joseph D’Angelo said a prayer for the fallen officer as they placed a flag over his casket. Off to the side, a bagpipe musician played the mournful sounds as they loaded the casket into a Nassau Police ambulance. The motorcade first took a trip to Hicksville, where Sergeant Spinosa’s mother lives, allowing the 77-year-old mother to say goodbye.

The motorcade was accompanied by the Nassau Police helicopter and, after leaving Hicksville, proceeded on towards the funeral home. Chief Reuhle stated this about Sergeant Spinosa’s mother. “She will always be a part of our family.”

Another motorcade is scheduled on Tuesday to carry Spinosa to a cemetery in Dutchess county, where he will be laid to rest in a private ceremony.