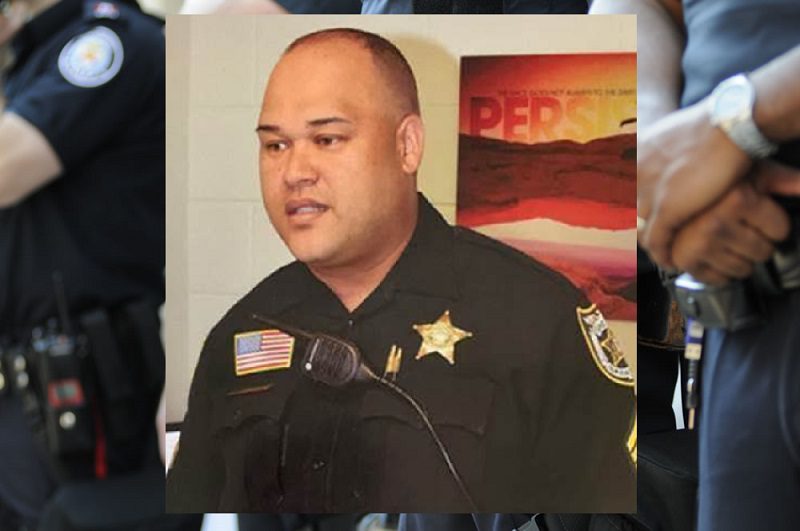 On Saturday, April 4, 2020, the Palm Beach Sheriff’s Office lost one of their officers to the coronavirus pandemic. Sergeant Jose Diaz Ayala, who was 38-years-old, died from complications from COVID19. He had served with the department for 14 years.

The young 38-year-old Sergeant had pre-existing conditions that complicated his fight for life once contracting the illness. Sergeant Alaya had joined the department in 2006 and was assigned as a corrections deputy. He worked diligently and earned the rank of Sergeant in January 2016.

Palm Beach County Sheriff Ric Bradshaw posted a video message to the public regarding the passing of Sergeant Ayala on the department’s Facebook page. “The sheriff’s office is extremely sad at the passing of Sergeant Diaz Ayala. He had an outstanding career with the agency and was respected by all of his peers. Sgt. Diaz Ayala’s death illustrates the seriousness of this disease and the danger that the deputies face as they continue to serve this community.”

Sheriff Ric Bradshaw was right to discuss the danger that deputies and all law enforcement officers are facing at this time with this health crisis. This pandemic, COVID19, does not respect boundaries, racial or ethnic groups, or occupations. It simply spreads.

Around the country, police departments watch in horror as huge numbers of their officers are getting sick as this virus explodes, reaching into every pocket of neighborhoods. Large law enforcement departments, such as the Detroit Police Department, have over 1/5 of its officers under quarantine. What happens to any department as their officer becomes sick or in contact with patients and has to undergo a 14-day quarantine is that it leaves agencies short-handed. The remaining officers double their risk as they work extra shifts, and swap between units to keep the public safe.

It is a question that many leaders are facing about how laws can continue to be enforced while continuing to keep numbers of their department healthy and able to protect public safety. Many officers and department leaders are pushing for balance. Realizing that in this time to overlook minor offenses to balance their health safety. It is a matter of do they risk their lives to enforce something minor or continue working and being healthy when a serious matter arises. Police across the country have always faced fear, but now they are scared of an invisible threat.

According to studies, 73% of individuals who have been hospitalized for the coronavirus have had at least one pre-existing condition. Worse yet, 78% of those that were further admitted to intensive care had pre-existing or other underlying health factors. Sergeant Ayala continued his post in the face of an invisible threat, knowing that with his underlying pre-existing condition, he was at more of a risk than others.

The most common conditions that were reported to affect patients who were admitted to the hospital were diabetes, chronic lung disease, and cardiovascular disease. Some were immune-compromised or had other chronic illnesses. The CDC stated that these findings are only preliminary as there is missing health data for 95% of patients. This statistic is due to the lack of available testing.

Sergeant Jose Diaz Ayala gave 14 years of his life serving the Palm Beach County Sheriff’s Office. Known under the initials PBSO, the Palm Beach County Sheriff’s Office is one of the largest in its area. It employs more than 4,000 employees, but as a local civilian law enforcement agency, it also has more than 4,300 volunteers.

Palm Beach County is the 25th most populous county in the United States. The PBSO is responsible for the residents in the unincorporated areas of the county, which is 2,383 square miles in size. It has 1,970 square miles of land, as well as 413 square miles of coastline or waterways. Over 60% of the total population of the county lives in the unincorporated areas. The county has a total of nearly 1.5 million residents, which leaves 680,000 residents for the sheriff’s agency to protect. They also provide services to an additional 120,000 residents in seven small cities and towns.

Sergeant Jose Diaz Ayala was a young officer who left behind his family. He leaves behind his three daughters, his sisters, and his parents. All are mourning his tragic loss.

His sister, Yinalis Diaz, called her brother a hero. “You were always looking out for me. You were the only best brother in life. I have lived many terrible things, but no pain compares to your departure.”

His former wife, Grisel Pineda, is also grieving with her girls. She said his daughters meant everything to him. “This has been the toughest thing I’ve ever had to do. All the girls are grieving so differently right now. He is going to be deeply, deeply missed.”

Sheriff Bradshaw spoke of how much the department will miss Sergeant Ayala. “Our thoughts and prayers are with his family and all of the families that have lost a loved one during this difficult time. Sgt. Diaz Ayala will be missed.”