In Memory of Sergeant John Burright 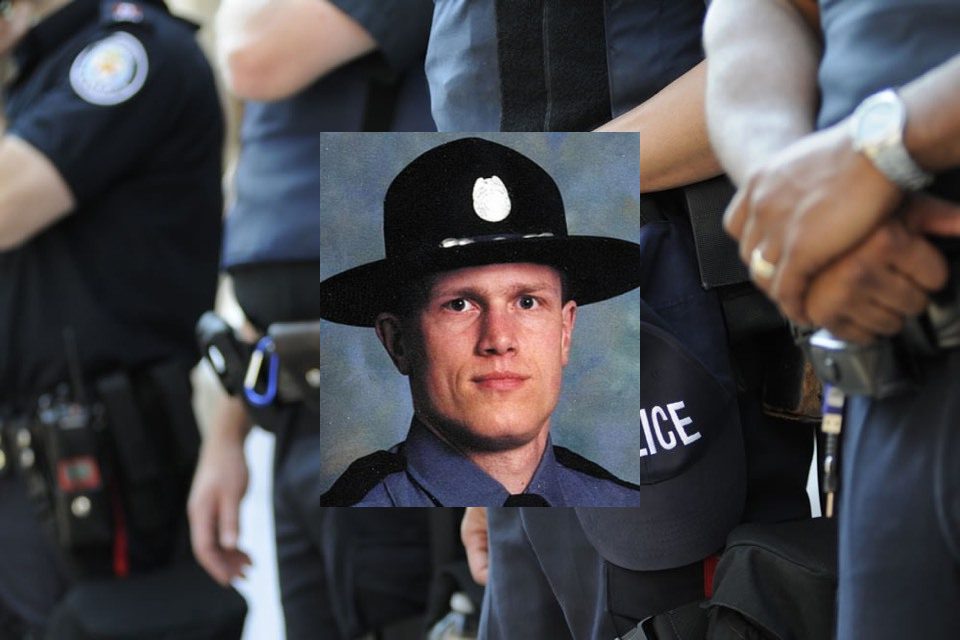 On May 4, 2021, Oregon authorities briefed residents that a local state trooper had died. Sergeant John Burright succumbed to injuries he had sustained years before. He was 61 years old.

The injuries occurred while on duty on September 4, 2001. Sgt. Burright was mentoring a colleague, Officer Jason Hoerauf, who was along for an official ride-along. The two officers stopped to assist a van that was broken down. Another state police officer, Trooper Maria Mignano, heard the call and came to the scene to see if they needed backup. A family had broken down on the side of the road; the break-down occurred near mile marker 243 on I-5 near Albany, Oregon.

The three officers were there to help the family that was stranded on the road. The van was parked on the right shoulder, and the three officers stood on the right side of the disabled vehicle, away from traffic. A truck suddenly began driving erratically. It swerved across traffic, striking Trooper Mignano’s patrol vehicle. The two cars then slid along, hitting the other two vehicles. All four cars were then on a collision path toward the three officers. All three were struck. Trooper Mignano and Officer Hoerauf passed away at the scene.

Burright was Lifeline flown to the nearest hospital. He was in critical condition. Sgt. Burright could not fully recover from the severe wounds and was forced to take medical retirement in 2002. He had to remain under continuous medical care for the rest of his life. He passed, from complications of these wounds, on May 4, 2021.

The driver of the truck was arrested. He had fallen asleep at the wheel and was driving on a suspended license. He faced charges of criminally negligent homicide in December of 2001. He was given a plea deal and, despite causing the deaths of three officers, was sentenced to two days in jail and three years’ probation.

Sgt Burright had served the state of Oregon and its residents as a member of the Oregon State Police for over 14 years. To honor the sacrifice made by Sgt. Burright, a street in Salem, Oregon, was renamed in his honor in 2016.

Sergeant Burright was a sworn Trooper with the Oregon State Police Department for 14 years. The OSPD was initiated and formed in 1931. Many states in the US began state law enforcement agencies and highway troopers around this period. The automobile was becoming a modern convenience. Today, the agency has approximately 380 sworn Troopers who cover 98,466 square miles each day and provide service to more than 4 million residents.

The OSPD has the primary function of law enforcement on the state highways and other state-owned property. This also includes state prisons. Many Troopers are called on to respond to incidents in rural areas. This is done to provide backup to local agencies that may be temporarily overwhelmed. At the time of Burright’s injuries, he was doing just that, along with the other officers who died. He was helping someone in need.

Sergeant John Burright leaves behind his wife and three sons. As a family, they supported John during his long medical journey. Sgt. Burright is remembered by many for the sacrifice made by him and the other two officers on that day. They all had simply stopped to help a family in need. Law enforcement from all across the state will help the family honor the Sgt, escorting him to his final resting place. He will never be forgotten.

OSPD Superintendent Terri Davie shared her thoughts on the loss of Sgt. Burright. “At work, Sergeant Burright was a courageous and dedicated professional that shared his sense of humor with those he came into contact with, but away from work, he was a devoted and loving husband and a father to three sons. The death of John is a vivid reminder of the dangers our Troopers face each day. It does not matter the type of call our Troopers respond to; risk is present the moment they put on their uniform and badge. John is our 34th Oregon State Trooper that has died in the line of duty, and we honor his and his family’s sacrifice. Our thoughts and prayers are with them and all who knew John.”

The OSPD posted details of the loss, expressing their condolences and pointing to the long battle that Sgt. Burright faced for so many years. “Retired Sergeant John Burright passed away May 4, 2021, after a battle that started on September 4, 2001. That was the night his life and the lives of those closest to him were forever changed.”