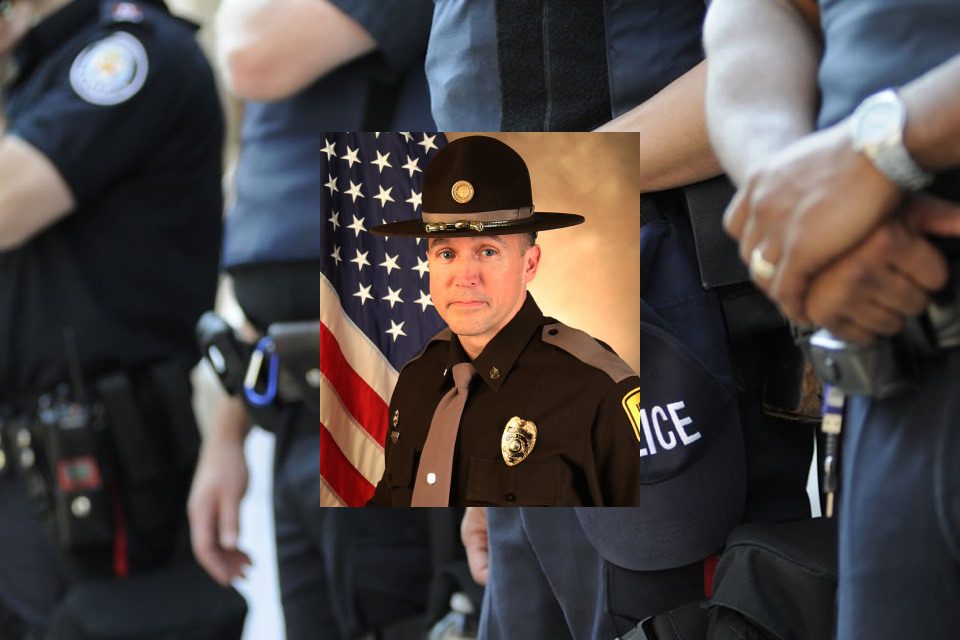 Iowa residents were stunned to learn that one of their local State Police Officers was shot and killed during an incident. On Friday, April 9, 2021, Sergeant James Smith was shot by a suspect as Smith and another officer were placing him under arrest. Sgt. Smith died from his wounds. Sgt. Smith was an officer who had over 27 years of experience in law enforcement.

The suspect was well-known to law enforcement, and his history of DUI, starting fights, and driving without a license were reasons for the traffic stop. An officer spotted the driver of the vehicle and knew he did not have a driver’s license.

The suspect had pulled over near 250th Street and fled. Then he turned and attacked the officer who was chasing him. A Grundy County deputy arrived at the scene to hear shouts of “Come get me!” as the suspect fled again. The deputy pursued chasing the man back into Grundy Center, then lost him.

The deputy then noted that the suspect was parked at his home and could be seen entering through the garage. The deputy requested back up, which is when other officers, including Sgt. Smith, arrived. They surrounded the home. The suspect’s father had informed the officers that he had multiple firearms in the house.

At some point, the officers went in. As they were clearing the upstairs of the residence, the suspect shot Sgt. Smith. Officers noted the man was holding a pump shotgun. Their first attention was to their fellow officer and getting him out of the house. At that time, the shooter then barricaded himself in a room.

At 11:50 pm, officers sent in a wheeled, armored personnel carrier. The shooter attempted firing multiple times at the carrier but was taken into custody in the end.

Sgt. Smith’s death is the first line of duty death for any Iowan police officer in the last decade. He is the eleventh Iowa state patrol member to have passed away in the line of duty. Smith had earned many honors and accommodations during his time as a Trooper.

Sgt. Smith gave his life serving with the Iowa State Police. The ISP is the state law enforcement agency. Currently, the ISP, formed in 1935, has more than 260 sworn officers covering the state. Historically, most state police agencies across the country were developed in the late 1920s to 1930s. This addition of new state police forces was in part due to the booming popularity of automobiles.

Together, ISP Troopers patrol the state, which is more than 56,000 square miles. They serve a population of approximately three million residents.

Sgt. Smith was murdered tragically and senselessly. He gave his life to the residents of his community every day. Sergeant James Smith leaves behind his wife and three children. The law enforcement community and extended family will help them through their time of grief.

Stephan Bayens, Commissioner with the Iowa Department of Public Safety, became emotional in giving his statement over the loss of Sgt. Smith. “Sergeant Jim Smith. I’m going to keep saying his name until his sacrifice is seared upon the hearts of anybody who can hear my voice.”

The Iowa Law Enforcement Academy posted its shared sympathy online and boasted of the great leader that Sgt. Smith had been. “We will remember. Trooper Jim Smith is proud and humbled by his position as an Iowa State Trooper. He consistently performs his duties every day, with the motoring public safety his number one priority, along with having the ‘I can make a difference’ mindset. Sgt. Smith was a protector of the innocent, a guardian of justice.”