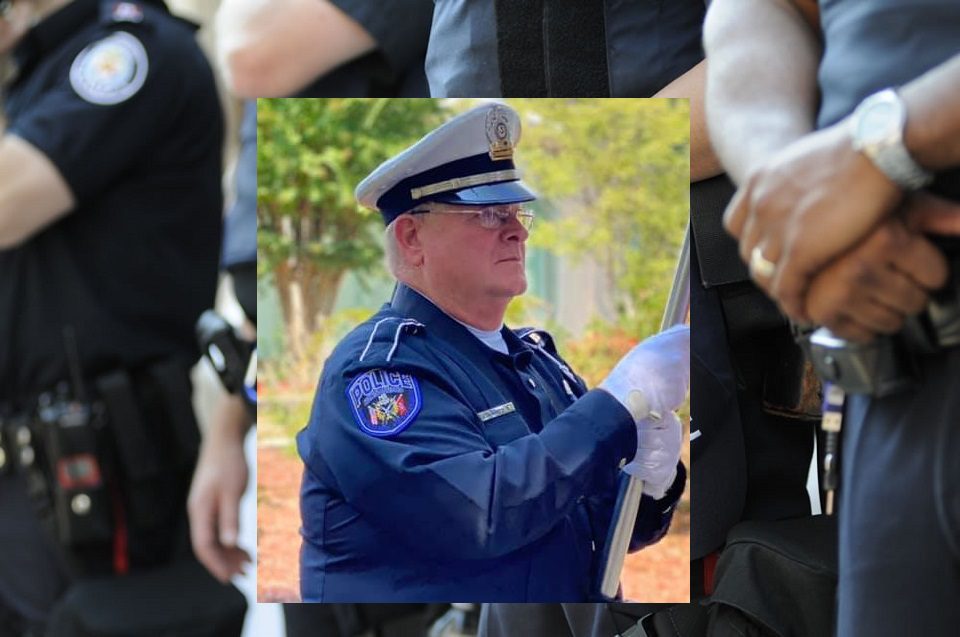 Arkansas authorities were saddened to announce a veteran police officer’s loss with more than 35 years on the job. On Wednesday, December 2, 2020, Sergeant J. L. “Buck” Dancy passed away due to complications arising from the coronavirus. COVID19 has devastated law enforcement agencies across the country. All first responders have faced significant risks to maintain safety for others. In 2020, the numbers of those we have lost were staggering.

Sgt. Buck was known to love his community and his family fiercely. Entering law enforcement at an early age, he chose a career path that allowed him to serve all he loved. Dancy has served the North Little Rock area as a sworn police officer for more than 35 years. No agency can replace that type of knowledge and experience. Overall, losing Dancy will have a significant impact on the community he worked so hard to protect.

Sgt. Dancy was a dedicated Christian. He allowed his faith to lead him through tough challenges in life and his career. He was an active and long-time member of the Levy Baptist Church. Dancy was a volunteer member of Gideons International.

Buck Dancy became a North Little Rock Police Officer in June 1985. After years of hard work, he attained the rank of Sergeant in 1995. After time on patrol, Dancy spent a great deal of his career solving violent crimes. For much of his time as an officer, Dancy was a part of the Crimes Against Persons Unit. Here, he developed the skills to stop violent criminals from hurting others in North Little Rock.

Dancy also dedicated his time to others in the community. He helped provide honors at military and law enforcement funerals through his work with the North Little Rock Police Department Honor Guard. In sadness, it is now their turn to honor his sacrifice. Sgt. Dancy is the first law enforcement officer in Arkansas to die from the virus.

Dancy served his community through his position with the North Little Rock Police Department. The NLRPD is a full-service law enforcement agency that works to honor its mission statement to residents. The mission is “to promote a high quality of life for the City’s citizens by ensuring a safe, secure, and peaceful environment in accordance with the principles and values of the organization.”

The department’s pride is prevalent in its display of the police ‘code of ethics’ posted on their website. The agency, located in Pulaski County, Arkansas, has both a patrol division and an investigative division. The officers provide security and many other volunteer services to the residents.

North Little Rock sits on the Arkansas River and was incorporated in 1901. Officers in their police agency regularly patrol an area over 55 square miles and serve more than 66,000 residents.

Sergeant J. L. “Buck” Dancy leaves behind his daughter, Rebekah. He has extended family, friends, and many coworkers who will help her through these challenging times. The community residents and law enforcement from throughout the area came to show their respect and gratitude for his sacrifice.

Arkansas Attorney General Leslie Rutledge commented on the loss of Sgt. Dancy. “And while we have lost too many officers this year in the line of duty and at any time in the line of duty. It wasn’t staring down a firearm. It wasn’t not knowing who was behind the door. It wasn’t not knowing who was in that car, but an invisible, silent killer that took this incredible servant-leader from us. Even amid a pandemic, even on the cusp of a horizon where he could see his retirement, he never wavered in his commitment.”

Former North Little Rock Police Chief Mike Davis shared police work stories and laughter with Dancy’s funeral attendees. “We worked Friday and Saturday night. On Saturday night, an Arkansas Democrat-Gazette reporter came up. He asked, “What do you call this operation? And without skipping a beat, Larry (Sgt. Dancy) replied, “Operation Diaper Rash.” Because we’re messing with kids, and we’re rubbing them the wrong way.”