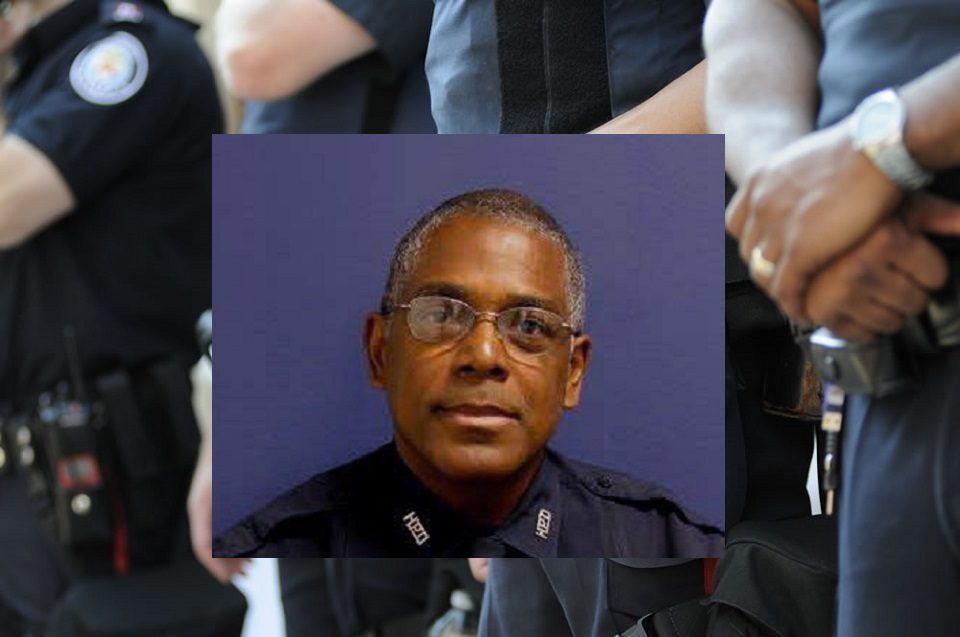 Houston authorities announced the loss of a Police Sergeant from gun violence on Tuesday, October 20, 2020. Sergeant Harold L. Preston had answered a domestic violence call. Domestic violence calls are the most dangerous type of situation that any officer can face. He gave his life trying to protect a resident of Houston.

Preston, age 65, had worked with the Houston Police Department for over 41 years. He was planning his retirement in just a few weeks. At 9:30 am, Sgt. Preston and another officer answered a domestic disturbance call. The call came from inside an apartment complex in the 2600 block of Holly Hall St.

The call came from a woman claiming to be locked out of her apartment by her estranged husband. She said they were splitting up, and she was attempting to get her things. There had been two domestic disturbance calls that had come in from the same address in the previous few days. When they arrived, they talked with the women who had called for nearly an hour. Sgt. Preston and the other officer were attempting to de-escalate the situation. While talking with the woman, her fourteen-year-old son finally managed to get to the door and unlock it. Sgt. Preston then noticed the father was holding a gun.

The man holding the weapon opened fire on Sgt. Preston. He struck him several times. He also wounded the juvenile and another officer. The shooter surrendered to police about an hour later, suffering from a gunshot wound to the stomach. He is now facing criminal charges. According to Houston Police Chief Art Acevedo, Preston passed away at the hospital with his family surrounding him.

Sergeant Harold L. Preston was sworn into the Houston Police Department in 1979. He is a 41-year veteran of the department. Preston spent his career serving with the fifth-largest law enforcement agency in the United States. Houston is the fourth-largest city by population. The large, full-service department employs 5300 sworn officers as well as 1200 civilian employees.

Preston worked in many different positions during his time with the HPD. He put his life on the line every day for the 2.4 million residents of Houston. Weeks away from a well-earned retirement, his life was taken.

Texas Governor Gregg Abbot shared his sentiments about the loss of an officer. “Our hearts are with the family of Houston Police Sgt. Harold Preston, who was shot and killed in the line of duty this morning. This tragic loss is a grave reminder of our brave law enforcement officers’ dangers while keeping our communities safe. Cecilia and I ask our fellow Texans to join us in lifting up Sgt. Preston’s family in prayer in their time of need. We also ask all Texans to pray for the speedy recovery of Houston Police Officer Courtney Waller, who was shot while responding to the same incident and is recovering in the hospital. The state stands ready to assist the Houston Police Department in bringing to justice the perpetrators of this horrific tragedy.”

Police Chief Acevedo commented outside Memorial Hermann Hospital. “We have lost a wonderful human being. As good as he was as a cop, he was a better human being.”

The Houston Police Officer’s Union posted their condolences. “Rest in Peace, brother. You will always be remembered, and your sacrifice will never be forgotten.”

Harris County Judge Lina Hidalgo shared her thoughts about the loss. “Heartbroken over the loss of Sergeant Harold Preston, who bravely served our community for over four decades. Our thoughts go out to his family, the entire Houston Police Department, and all who served with him as he kept our community safe.”