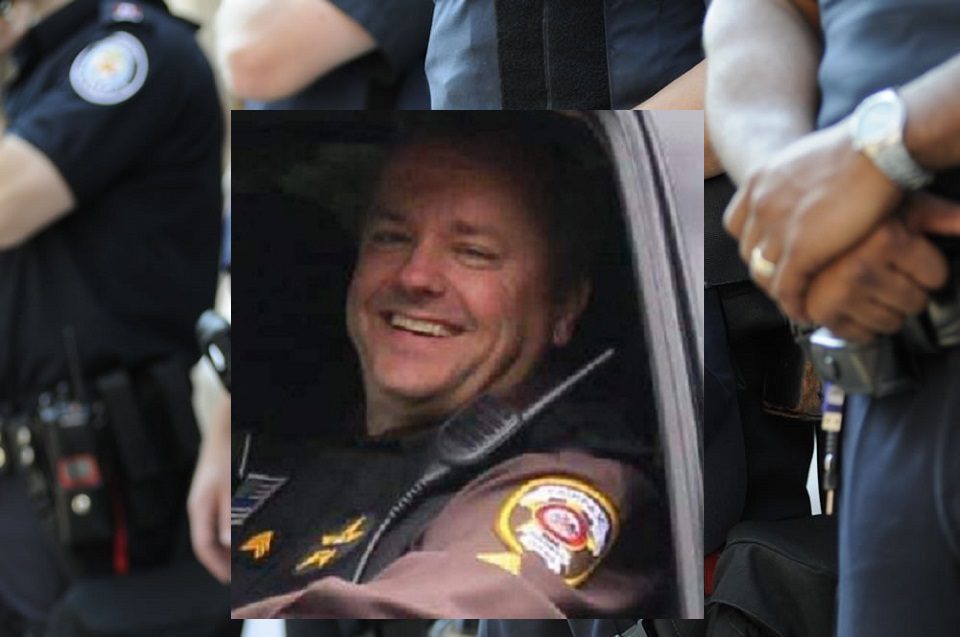 On Tuesday, January 12, 2021, the end of watch came for a local Virginia law enforcement officer. Sergeant Frederick “Butch” Cameron, age 51, passed away due to complications of the coronavirus. Cameron likely contracted the virus while protecting others, on duty, at the Fairfax County Judicial Center.

Sgt. Cameron became sick with the virus when there was an outbreak in the Fairfax County Jail. More than 30 guards and inmates have tested positive. The sheriff’s office stated that a total of 19 deputies and 13 inmates are currently fighting the virus through contact at the jail—sheriff’s deputies, like Sgt. Cameron interchangeably guard both the jail and courthouse.

Cameron was well-liked by everyone he met, residents and coworkers alike. He served the community with courage and distinction as a Fairfax County law enforcement officer for more than 16 years. In 2010, the Fairfax County Chamber of Commerce honored Sgt. Cameron for his bravery when he rescued victims of a fiery crash.

Friend, John F. Sargent III wrote: “Butch was the type of guy who’d always welcome you over to his home. He was a very warm person and a great father and stepfather.”

Cameron was known to be involved in police organizations and was an active member of Law Enforcement United. This charitable organization helps families of officers who die in the line of duty.

Sergeant Cameron served with the Fairfax County Sheriff’s Office. The FCSO serves more than 1.1 million residents living within Fairfax County, Virginia. The office is officially known as the ‘Fairfax County Office of the Sheriff.’

Located in Fairfax, Virginia, the sheriff’s office provides law enforcement services to all of the unincorporated areas of Fairfax County, the City of Fairfax, Herndon, and Vienna. The department is the largest sheriff’s office in Virginia, often called to help out in the DC area as they are included as a suburb of Washington, DC. FCSO maintains nearly 600 sworn officers who work in conjunction with other law enforcement agencies in the area, such as assisting the Fairfax County Police Department to maintain security and protection to all residents in the area.

Sgt. Cameron is leaving behind many memories. Memories for residents, coworkers, and friends to share how he touched their lives. His wife and two children survive sergeant Frederick Butch Cameron. His family has asked for privacy as they seek to make necessary arrangements.

The Fairfax Sheriff’s Office posted the loss announcing their grief to the community residents on social media. “With profound sadness, we mourn the loss of Deputy Sheriff Frederick “Butch” Cameron, who died in the line of duty today due to COVID-19.”

George Mason University Police shared their condolences on their Facebook page. “Mason Police mourn the loss of Fairfax County Sheriff Sergeant Frederick “Butch” Cameron, who died in the line of duty today due to COVID-19. Please keep his friends, family, and coworkers in your thoughts.”
The Prince William County Police Department shrouded their badges in grief with fellow officers. “Members of the Prince William County Police Department will continue shrouding our badges in remembrance of Sergeant Frederick “Butch” Cameron, EOW January 12, 2021. Our thoughts and prayers are with the Fairfax County Sheriff’s Office, family, and friends as they mourn their loss.”