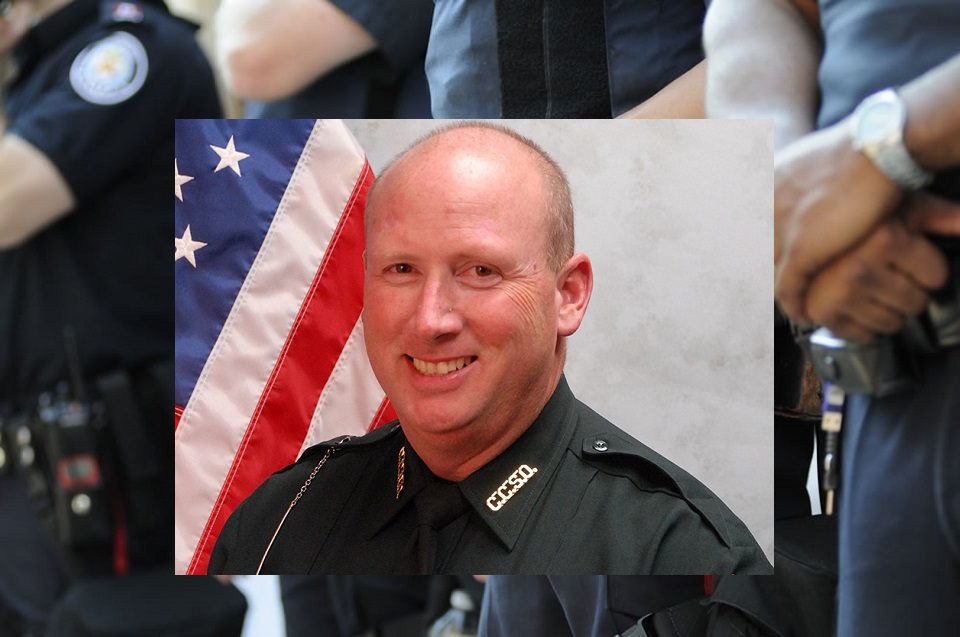 On Wednesday, September 16, 2020, Florida officials announced the loss of a local law enforcement officer to the coronavirus. Sergeant Eric John Twisdale, age 49, lost his battle with the virus. He was a well-known and respected officer who had given a total of 25 years of his career to law enforcement. He began his career with the Jacksonville Sheriff’s Office then spent the last 22 years with the Clay County Sheriff’s Office. It is presumed that he contracted the virus while on the job during an outbreak at the Sheriff’s office.

He was known as a great officer in the area and was promoted to sergeant in 2010. He was a leader in the department. He served as a training leader for the department’s dive team, honor guard, and crisis negotiation teams. In 2014, Twisdale received the Sheriff’s Office’s Lifesaving Award after he saved someone from drowning. The following year Twisdale was named Deputy of the Year for “displaying exceptional valor during the apprehension of two murder suspects.”

Sergeant Twisdale gave his life and 22 years to the Clay County Sheriff’s Office. He enjoyed his work as an officer in the community. The CCSO worked by their department motto: “Our Community, Our County, Our Responsibility… We’re All in this Together.” The history of the department dates back to 1859. Elam J. Daniels was the first elected sheriff of Clay County. Since that time, the department has grown tremendously.

Headquartered in Green Cove Springs, Florida, the department now operates with more than 275 sworn deputy officers. The staff also includes more than 100 detention deputies and 200 civilian staff members. The office is responsible for the safety of the entire area of Clay County, which covers protecting more than 220,000 residents. The patrolled area consisted of 604 square miles of land and more than 40 square miles of water. Clay County is Florida’s 3rd Congressional district and is located in the Jacksonville metropolitan area.

Young people across the globe are left dealing with significant loss due to the pandemic. The Twisdale family is no exception. Sergeant Eric John Twisdale leaves behind three children and six grandchildren. The community that he served and gave his life to protect has rallied to show them support in their time of grief.

Friend and fellow law enforcement officer, Sgt. Kenny West spoke of his friend Twisdale and the life he lived. “Eric was such a fighter, and he fought for so many years with multiple sclerosis, and he always seemed to stay just ahead of it, then for something like this to be the cause of his death is just mind-boggling. It’s an honor, it is, and I am glad for Eric. He served this community, and he loved being a policeman.”

Reverend Andy Blaszkowski knew Twisdale as a “cop’s cop.” “Eric is remembered as being courageous and having a big heart,” the church pastor said before he blessed all law enforcement in the sanctuary. “But it was a tiny and invisible enemy of COVID-19 that struck him unexpectedly sometime a few weeks ago. This noon hour is dark without him. But he will not be forgotten.”

Clay County Sergeant Rob Schoonover read a brief eulogy at Twisdale’s funeral. “Eric loved his job, he loved his fellow officers, and he loved his Clay County community. Even though in appearance, he might have come across as a tough guy, as many of you know, he was just a gentle giant. Rest now. Your work here is done.”