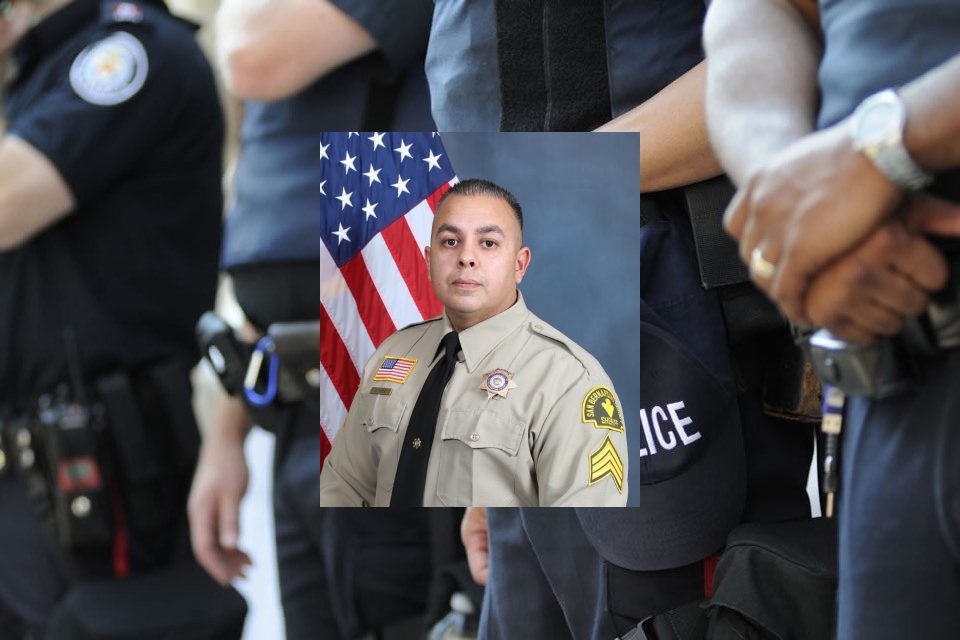 On Monday, May 31, 2021, authorities in California briefed the public regarding the loss of a local San Bernadino officer. Sergeant Dominic Vaca, age 43, was shot and killed during a vehicle pursuit. Sgt. Vaca had served as a law enforcement officer in his community for more than 17 years. Traffic stops and domestic disturbance calls continue to be the most violent situations that confront officers.

Deputies in the Yucca Valley area were conduction operations to enforce violations for the use of off-highway vehicles. It was about 2:00 pm when the officers noticed a motorcycle near Paxton Road and Imperial Drive with no plates. The deputies attempted to pull over the bike but ended up in pursuit.

The suspect on the motorcycle abandoned his bike near Dumosa Avenue and Sunnyslope Drive. Then the suspect set up in a spot to ambush law enforcement. As the deputies began to approach the motorcycle, the suspect opened fire, wounding Sergeant Vaca. Vaca was flown by helicopter to the trauma center, where he succumbed to his wounds.

The deputies had returned fire during the incident, and the suspect was shot and killed.

Sergeant Vaca had served for many years with the San Bernardino County Sheriff’s Department. This sheriff’s department holds the honor for providing law enforcement services to the geographically largest county in the nation. It is a large law enforcement agency with approximately 3900 employees, eight-county, and fourteen petrol stations, all to answer the dispatch’s more than 770,000 annual calls for service. The department serves more than 2.1 million California residents. Volunteers donate more than 1.5 million hours to the department annually to help it succeed today.

The SBCSD is divided into several divisions to provide a variety of services to residents. These divisions include aviation, training, SWAT, dispatch, detention management, gangs, and narcotics and patrol. The agency also provides court services and control for the San Bernardino County Detention Center. The agency prides itself on delivering the highest level of service to all residents in the county.

Sergeant Dominic Vaca leaves behind his wife and children. Hundreds of residents and officers gathered to share their respect and honor the sacrifice made by Sgt. Vaca during his escort from the hospital. A memorial fund has been started by the Sheriff’s Employees Benefit Association to help the family in their future.

Sergeant Grant Ward, President of the Sheriff’s Employees Benefit Association, shared his thoughts on the loss of Vaca. “Dominic was a dedicated sergeant and a wonderful partner. He cared deeply about his work and the people he served. The outpouring of love and support from the surrounding communities has been truly moving.”

The Sheriff’s Benefit Association, the local union for the department, gave the following statement to officers and residents about the loss of Sgt. Vaca. “Losing a colleague, a friend, a hero is heartbreaking. It takes the breath from your lungs and the words from your mouth. It swells your heart with empathy for his family and consolation for his partners. We mourn the tragic loss of Sgt. Dominic Vaca who was murdered while protecting his community. In a time when words are never enough, we offer our unflinching support and unending prayers.”