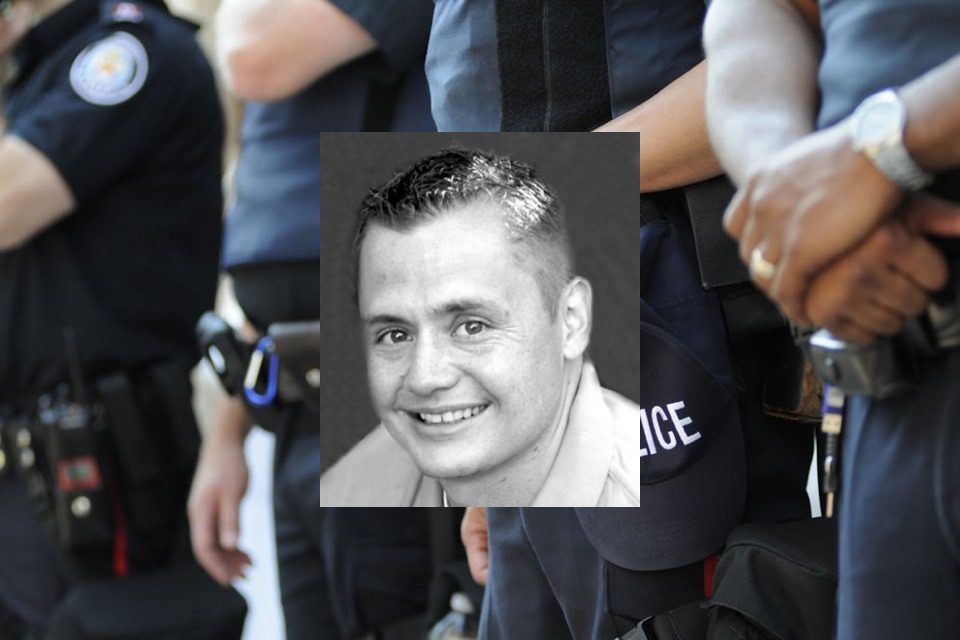 Draper sits at the southern part of Salt Lake. One word describes it, growth. In 1990, it had approximately 7,000 people. By 2010, it had over 42,000. Draper is growing at a tremendous pace. It’s home to Utah State Prison, and is slowly attracting web-oriented business from all over the country. It’s also home to many outdoor attractions, hiking trails, and natural wonders, much like the entire State of Utah. When any US city grows, the unfortunate reality is that crime, especially violent crime, goes up, and usually exponentially higher than the population grows. Almost overnight, Draper went from being a small farming community, to burgeoning suburb, and likely on its way to establishing its own corner of the Greater Salt Lake area. And with that kind of sharp upturn, officers can sometimes be found in the crosshairs of that growth. As it was for our next officer.

On September 1st, 2013, Sergeant Derek Ray Johnson, an eight-year-veteran of the Draper Police Department, was on the tail end of a graveyard shift, when he spotted a vehicle that was parked illegally along South Fort Street, a major roadway in Draper. Before Sergeant Johnson could exit his patrol vehicle, the driver, Timothy Troy Walker, fired five rounds at Sergeant Johnson. Sergeant Johnson immediately placed his vehicle in drive, to flee the immediate area, but Walker pursued Sergeant Johnson, and continued firing. Sergeant Johnson had been struck by the initial rounds, and was trying to call for help on his radio. In trying to manage the radio, his vehicle and likely a major adrenaline rush, he crashed his patrol vehicle several dozen yards away from the initial scene, into a tree. Walker fled, with a female in his vehicle, who he had also shot.

Officers arrived on scene and began performing CPR on Sergeant Johnson immediately. A 14-square block area was shut down in Draper, with residents asked to stay in their homes while officers searched for suspects. While the search was underway, Walker and the female were discovered several blocks away. Walker was found with what was established to be a self-inflicted gunshot wound. The female was initially found to be a victim in the original incident. However, she was eventually charged with Obstruction of Justice, because she misled investigators about the incident.

Sergeant Johnson was declared dead at the hospital after being airlifted. He is survived by his wife and son.

Timothy Walker ultimately pled guilty to the murder of Sergeant Johnson and was sentenced to life without the possibility of parole. By the end of 2014 his girlfriend, the female in his vehicle, was released on time served, and 36 months of probation on the charge she pled to. The Johnson Family, in a sign of massive humility, accepted these sentences, and wished the female the best in life, and that she gets help with her problems. They were not as nice with Walker, at his sentencing, and we can’t blame them. The community of Draper came together to honor Sergeant Johnson, the first officer killed in the line of duty. The Johnson Family constructed a memorial bench for Sergeant Johnson at the location of his death. Many people ask us why memorial benches are placed for law enforcement officers. The purpose behind them is for people to sit, take pause, and remember the moment something changed forever in that location. Much can be said about what the loss of Sergeant Johnson meant to the community, but the ongoing community support says everything we could possibly say. We recommend that if you find yourself in Salt Lake, take a trip down Interstate 15, take the Bangerter Highway east, then 13800 South to the east, and finally S Fort Street to the north, where it intersects with 13200 South. You’ll find the Ballard Corner Memorial Park, with the memorial bench, and stone, and one of the saddest inscriptions drawn in the cement of the stone.

We miss Sergeant Johnson too.