In Memory of Sergeant Daniel Mobley 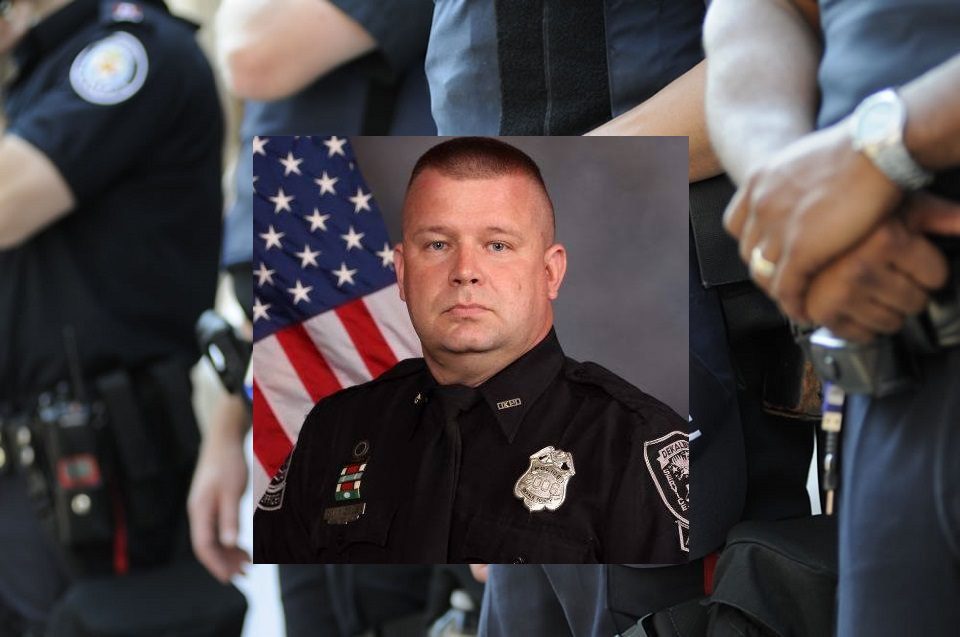 On Saturday, January 2, 2021, the residents of Dekalb County, Georgia, were stunned by the news of a local officer being struck and killed. Sergeant Daniel Mobley, age 44, died when he was hit by a vehicle while working on duty for the Dekalb County Police Department.

Sgt. Mobley was on the scene of an accident involving another Dekalb Police officer. While attempting to help the accident victims, another vehicle struck Sgt. Mobley resulting in his death. The accident occurred at approximately 9:00 am on I 75-85 Southbound near Williams Street in downtown Atlanta, Georgia.

Preliminary investigations show that a driver of a Ford Focus lost control of their vehicle. The driver was attempting to make a left-hand turn. During the accident, the car went onto the right shoulder of the downtown connector. It crashed into a barrier wall and struck Sgt. Mobley, causing his death.

Mobley had spent his career and life working in law enforcement. He had been a member of the Dekalb County Police Department for over 22 years. Mobley had been promoted to Sergeant in 2017. He was most recently assigned to the North-Central Precinct. His coworkers and other law enforcement officers admired Mobley, who had worked hard to gain their respect.

It may come as a surprise that gun violence is not the only danger facing law enforcement officers. From 2006 to 2020, 856 law enforcement officers died due to motor vehicle accidents. This includes those who were struck by vehicles as well as those involved in crashes. Not including the large number of officers who died from COVID19 in 2020, the numbers demonstrate that, on average, 43% of all line-of-duty deaths are caused by vehicles. This information is essential as safety measures are improved continuously to try to prevent more deaths. Law enforcement agencies provide training and encourage officers to wear their seat belts while on duty.

Sergeant Mobley was a veteran member of the Dekalb County Police Department (DKP). The DKPD is the principal law enforcement agency of Dekalb County, Georgia. The agency also provides police protection and services to the incorporated cities of Tucker and Stonecrest, Georgia.

Officers working for the DKPD, like Mobley, provided law enforcement services to more than 730,000 residents. Officers patrol an area that is 217 square miles. The agency has more than 715 officers that are spread across four precincts. These precincts are located in the cities of Decatur, Tucker, and Lithonia.

Sgt. Mobley started with the department in 1998. Ranking officials within the department commented on working with Mobley stating that he was “someone who was routinely utilized as the Officer-in-Charge because of his exceptional work ethic.”

Both the community residents and family members are stunned at the sudden loss of Sgt. Mobley. He was well known in the community for his service work. Sgt. Mobley’s family, neighbors, friends, and coworkers will come together to honor his life and grieve for the terrible loss.

Dekalb County CEO Michael Thurmond issued the following statement regarding the passing of Sgt. Mobley. “On behalf of the Board of Commissioners, the employees and residents of DeKalb County, I express our deepest sympathy and offer our prayers to the family and friends of Police Sgt. Daniel Mobley, who gave his life in the line of duty. This is a tragic reminder that our frontline public safety employees place their lives on the line for us every day.”

DKP officials commented on the loss of Sgt. Mobley. “Outside of work, Daniel Mobley was a private family man. He was a father to a son. He was a BIG Ford fan and loved to work on his cars in his spare time. We cannot express how much we appreciate the Grady Hospital staff who treated our Sergeant.”