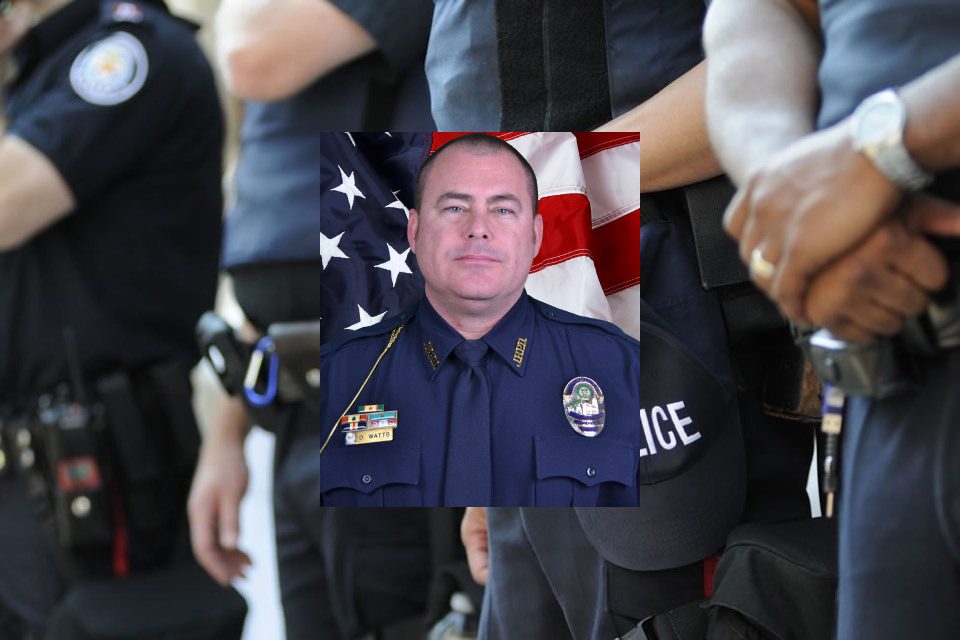 On Wednesday, September 1, 2021, the last call came for badge number 1259 of the Jacksonville Police Department. The agency’s officials briefed residents about the loss of one of their veteran officers. Sergeant Daniel Eugene Watts, age 49, died due to complications of the coronavirus. He contracted COVID19, most likely during the course of his duties as a police officer.

As a Sergeant with the Jacksonville Police Department, he also held the title of Deputy Sheriff.

The agency is commanded by the Duval County Sheriff, which is an elected position. The department employs more than 1650 law enforcement officers. All officers with the department have earned both titles of ‘police officer’ and ‘deputy sheriff.’ This dual-title allows the officers to perform all duties, including serving court documents and making arrests.

Sergeant Daniel Eugene Watts leaves behind his father and two children. The department put Watt’s patrol vehicle out in front of the department so that residents could stop to say goodbye and share condolences with the family. Sgt. Watt’s son, Eli, came to see the display and bravely saluted his father’s vehicle.

Many residents, neighbors, friends, and fellow family in blue will help each other through this difficult time. The honor and gratitude shown as the community comes together can help the Watts family through their support and acknowledgment.

Police Chief Gene Paul Smith is devastated by the loss. “Dan was a decorated, veteran member of this department. We are devastated.”

Chief Paul Smith also posted details of the loss for the Jacksonville Police Department’s Facebook page. “I am heartbroken to announce the passing of Sergeant Daniel “Dan” Eugene Watts from COVID-19 complications. He was 49 years of age. Dan was a decorated veteran member of this department. We are devastated. Because of the anticipated large response from the community and other law enforcement agencies, we will be making an announcement regarding a memorial service once all details have been planned. Please be patient with us during this heartbreaking time. The announcement will be made early enough to allow time for you to make arrangements to attend, but it may take a few days to finalize the details.”

The St. Cloud Police Department shared details of Watt’s passing on social media. “We extend our condolences to the family, friends, and colleagues of City of Jacksonville Police Department Sergeant Daniel Eugene Watts.”