In Memory of Sergeant Damon Gutzwiller 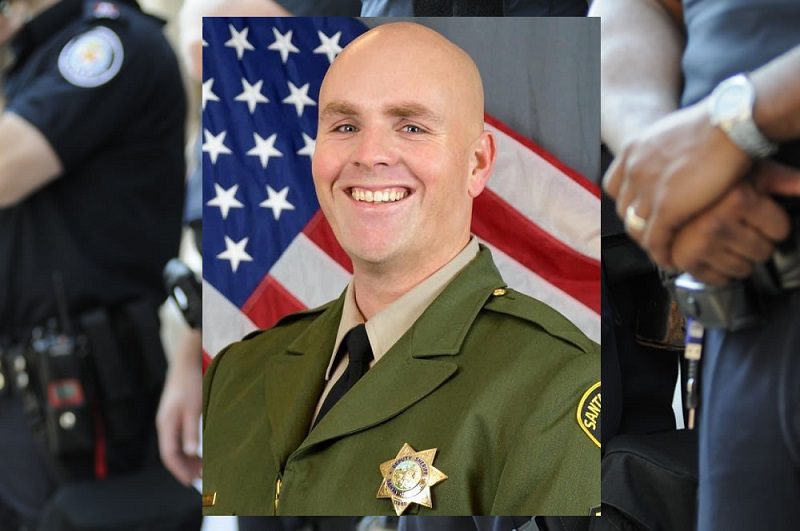 The Santa Cruz County Sheriff’s Office announced on Saturday, June 6, 2020, that one of their deputies had been shot and killed.

During a time of protests, a call had come in regarding a suspicious vehicle containing weapons and bomb-making equipment. Sgt. Gutzwiller answered the call. He and another deputy went to the location; the vehicle was said to be located in Boulder Creek on Jamison Creek.

When they arrived, the suspected vehicle was leaving the scene. The officers followed behind the van until it pulled into a residence on Waldeberg Drive. After the vehicle stopped, the driver jumped from the van pulling his weapons and began firing upon the officers and their patrol car.

Sgt. Gutzwiller died at the scene, and the other officer was seriously wounded. The shooter then took off, carjacked a vehicle, and fled the area. He was located a short time later, and he was involved in another shoot out with the police. The shooter was taken into custody, but not before injuring a California Highway Patrol Officer and being severely wounded himself.

It was confirmed on Sunday that the shooter was an active member of the U.S. Air Force. He was a sergeant who was stationed at Travis Air Force Base.

Santa Cruz Sheriff stated that it did not have to happen. “Damon showed up today to do his job, to keep this community safe, and his life was taken needlessly.”

Sergeant Damon Gutzwiller was 38 years old. The shooting occurred in a non-incorporated area, in the small community of Ben Lomond. The residents of Ben Lomond, around 6000, are shocked that a crime like this happened in their area.

The sheriff’s department and the FBI are investigating the crime. The shooter had previously been under investigation in 2018, after the death of his wife. His wife, also a member of the Air Force, had been found shot to death in an off-base hotel in South Carolina. According to the Air Force, it was ruled a suicide.

Currently, the shooter is in custody and facing first-degree murder charges. The FBI is also looking into a possible link between this killing and another murder of an officer that occurred outside a federal building in Oakland, California just last month.

The office provides patrol services and investigations as well as manages all county adult correctional facilities. The deputies provide security services to the local court, serve civil documents, and investigate as coroner any unexpected or sudden deaths in the area.

Sergeant Damon Gutzwiller is survived by his expecting wife and a small child. A young family in its beginnings left to mourn his loss.

California Governor Gavin Newsom ordered flags at the Capitol to be flown at half staff to honor the loss of Sergeant Gutzwiller. He went on to add a brief statement regarding the loss of one of California’s officers. “He will be remembered as a hero who devoted his life to protecting the community and as a loving husband and father.”

Sheriff Jim Hart added these condolences. “Words cannot express the pain we feel for Damon and his family. He was the kind of person we all hope to be. Today, we lost a hero. We are grateful to have known him, and we mourn with his family.”