In Memory of Sergeant Craig Johnson 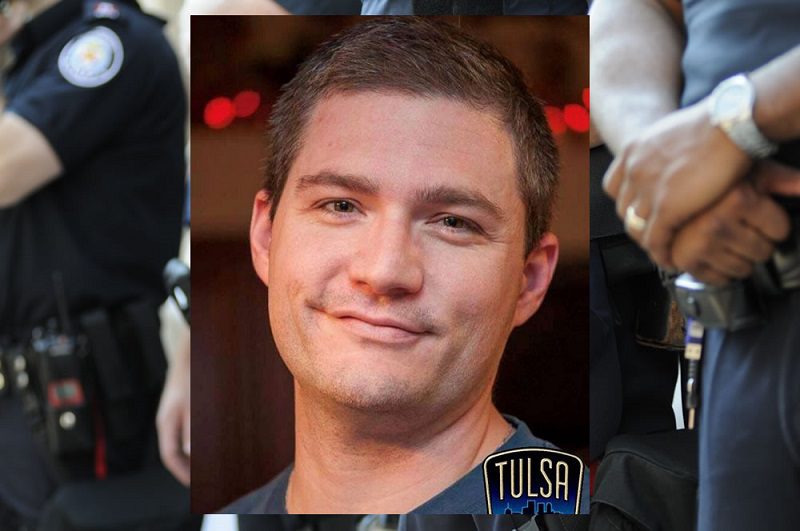 It was with a heavy heart that the Tulsa Police Department announced the death of one of their officers on Tuesday, June 30, 2020. Sergeant Craig Johnson, age 45, died from multiple gunshot wounds he had received during a traffic stop he had conducted the previous day.

Sgt. Johnson was backing up another officer involved in conducting a traffic stop around 3:30 a.m. on Monday, June 29. It was near the intersection of East 21st Street and South 89th East Avenue. It was determined that the vehicle was going to need to go to impound. The driver refused to exit the car peacefully.

When a struggle began from an attempt to remove the man from his vehicle, Sgt. Johnson used his taser. The suspect then removed the taser ends from his body while the other officer used mace to continue efforts to subdue him. As they continued to attempt to remove him from the vehicle, the suspect pulled a gun and shot both officers several times.

Sgt. Johnson was hit several times, and after arriving at the hospital underwent immediate life-saving surgeries. He died from his wounds the following day. Officer Zarkeshan, who was also shot in this incident, was critically injured and remained in the hospital with severe injuries.

The suspect was arrested and charged with first-degree murder, shooting with intent to kill, and unlawful possession of a firearm by a felon.

Every officer who puts on their badge and uniform knows that when they leave the house that day, there is a chance that they may never be coming home. Law enforcement is one of the most dangerous career paths that anyone can choose for themselves, and most do this as a way to give back to their communities. They decide to put their own lives on the line to protect their own families, friends, and neighbors.

Gun violence is a serious threat to officers on duty. There are many ways that officers can face a threat to their lives, including automobile-related deaths, but gun violence has always remained at the top of the list. In 2019, 48 officers were killed in the act of a felony. Of these felonious acts of violence against an officer, 44 were killed with firearms. It can be during essential patrol duties, including a traffic violation. During 2019, six of these officers died by way of being shot, attempting to do a simple traffic stop.

Sergeant Craig Johnson gave 15 years of his life serving with the Tulsa Police Department (TPD). The TPD is the primary law enforcement agency for the city of Tulsa, Oklahoma. While informally the TPD has existed since 1905, it was officially sanctioned when the city of Tulsa was organized and incorporated in 1907.

The department currently has approximately 750 sworn officers and 170 civilian employees. The department is managed primarily by the Chief of Police, then divided into three bureaus, each having their deputy chief managing their areas individually.

Family and Friends Left to Mourn

Sergeant Craig Johnson is survived by his wife, Kristi Johnson, and his two sons, Connor and Clinton. He also leaves behind his parents, extended family, and numerous ‘families’ in uniform who were a part of his blue family. All are devastated for the loss of such a brave and honorable servant of the community.

Johnson had been a brave police officer who had done many activities during his career that earned him awards and made changes to his community. He was presented with a purple heart medal and helped make changes to the law regarding copper metal theft. He had also signed up to donate his organs, his last gift to his community.

G.T. Bynum, Tulsa’s Mayor, commented about the significance of the time in which this sacrifice occurred. “These are officers who have chosen to be in law enforcement at a historically challenging time.”

Senator James Lankford (R) of Oklahoma, expressed sorrow on behalf of himself, his wife, and the entire city of Tulsa. “The news is heartbreaking to the entire nation,” he wrote. “We pray his family knows that Oklahomans everywhere mourn with them and pray for them today.”