In Memory of Sergeant Corey Pendergrass 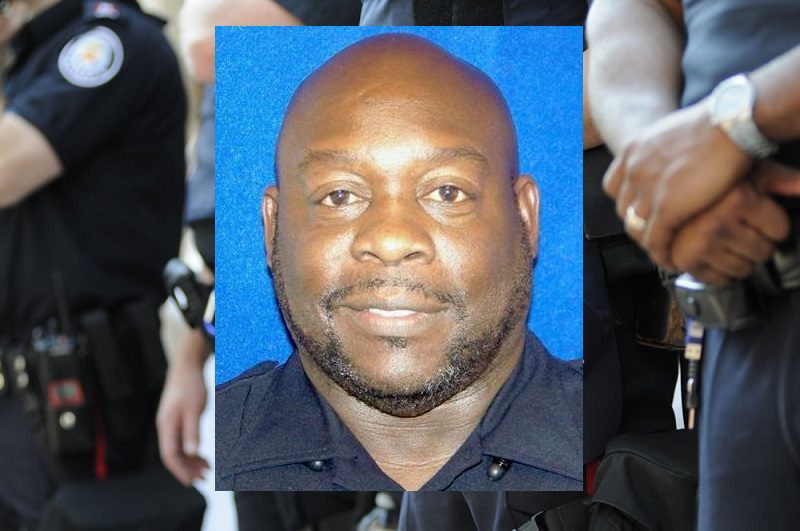 The Lauderhill Police Department mourns the passing of one of its much-loved Veteran officers, as on July 26, 2020, Sergeant Corey Pendergrass was lost to COVID-19, which he contracted in the line of duty on June 13, 2020. He died from complications arising from the disease.

Corey, aged 51, had served with the Lauderhill Police Department for 20 years and had previously served with the Broward County Sheriff’s Office for three years. He is survived by his wife, Denise, and six children.

In a post on social media, Corey Pendegrass’ daughter, Kourtney, said that a wave of peace and happiness overcame her on Sunday.

“I believe it was him telling me that true HAPPINESS comes from within, stay STRONG for my mother and brother, and continue pouring LOVE into them both.”

“I’m fully equipped to take on this lifelong mission. You fought a hard fight, and I know you gave it your all. Thank you for your role in my life, and may you rest in eternal peace.”

Sergeant Pendergrass’ son, Corey Jr, attends Florida A&M University in Tallahassee and plans to follow in his father’s footsteps after his graduation, expected this year.

Lauderhill Police Chief Constance Stanley said of Pendergrass that he loved his job and was also described as a mentor who left an indelible impression on those he encountered:

“He enjoyed being a police officer and was always willing to do what it took to get the job done. Corey was a very humble person and was described by many as a “gentle giant.” He was a mentor to co-workers and members of the community. Corey had a very unique way of dealing with members of the public and has been known to leave an indelible impression on those he encountered. The many accolades received by members of the community speak volumes to his character, which was beyond question.”

“The men and women of the Lauderhill Police Department and the entire city were very fortunate to have such a wonderful, kind, and giving individual, who was always there when you needed him,” Stanley said. “Corey never let anything get the best of him and always looked at the positive side of things when faced with adversity.”

The City of Lauderhill Police Department also released a touching statement, which read:

“We suffered a great loss when Corey Pendergrass was taken from us on July 26, 2020. Not only was Corey a great person, a community leader, a friend, and an officer; he was an incredible Husband and Father.

On July 30, 2020, Police Chief Constance Stanley announced that the City posthumously promoted Corey Pendergrass to the rank of Sergeant. We thank him for his 23 years of dedicated service to the law enforcement profession and the entire Lauderhill family.

“It is with great regret that the department announces the death of our brother, Officer Corey Pendergrass, who died this morning of complications related to COVID-19. We will miss you tremendously.”

It was an honor and a privilege for Lauderhill Fire Rescue Quint 110 & Quint 73 to participate in the funeral procession to honor Sgt. Corey Pendergrass today. Rest In Peace!

A tribute also came from the Broward Sheriff’s Office, which stated:

The men and women of the Broward Sheriff’s Office mourn the loss of Lauderhill Police Department Officer Corey Pendergrass.

Our thoughts and prayers are with his family and the entire public safety community during this difficult time. Thank you for your service, Officer Pendergrass. You will be missed, but never forgotten.

On Monday, July 27, the flag outside the Lauderhill Police Department flew at half-staff.

The Lauderhill Police Department strives to be a progressive, community-orientated agency. It is committed to developing partnerships within the local community as well as with civic and business members to identify local problems. Their mission is not only to protect and serve but also to enhance the quality of life for residents and visitors through professional police service.

In early 2020, thousands of law enforcement officers and other first responders throughout Broward County contracted COVID-19 during the global pandemic due to the requirements of their job. Many of these first responders died as a result of the disease.

COVID-19 and the City of Lauderhill

The City of Lauderhill has recently announced new measures to deal with the impact of the novel coronavirus. Its CARES II Program is a new relief fund for residents of Lauderhill affected by the COVID-19 pandemic. Their website states:

The City of Lauderhill CARES II Program will assist with rent, mortgage payments, homeowner association fees, and utility bills to include water and electricity for both renters and homeowners up to $10,000 per household for those who qualify. Only the City of Lauderhill Residents may apply. Applications are available now and will be accepted starting Monday, August 3, 2020. Visit lauderhill-fl.gov/LauderhillCARESprogram for more information.

Under the CARES I Program, the City is still accepting applications for business assistance. Please email [email protected] or call 954-714-2181 for more information on either program.

City of Lauderhill officials have warned residents that COVID-19 still remains a threat in the community, and they continue to monitor the effects of the virus closely. Local.10.com News reports that Florida saw 6,229 new coronavirus cases, and Broward County’s cases increased by 654 to 62,268. The county’s death toll is at 803.