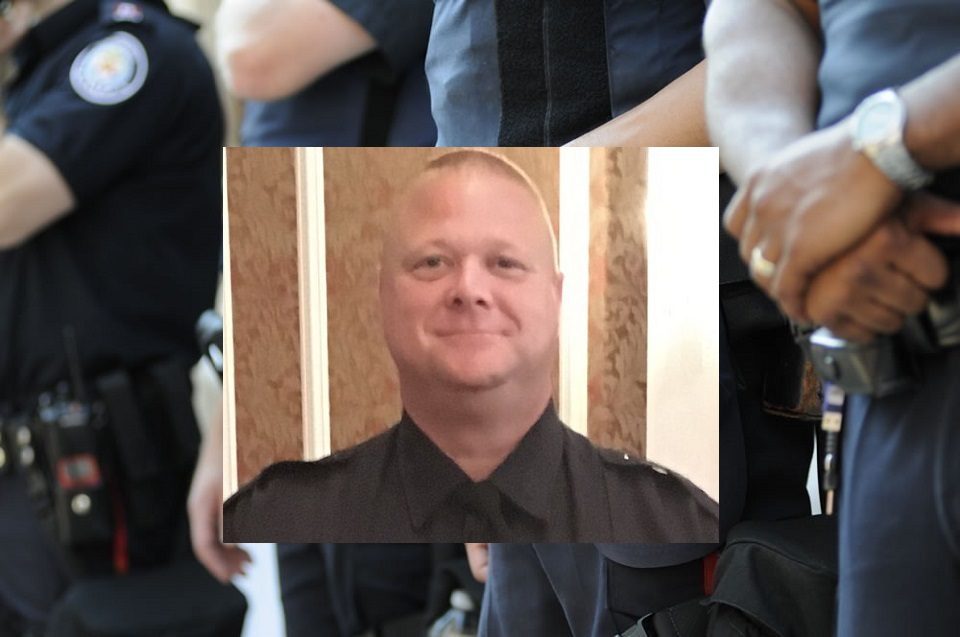 A Greenville County Deputy made a traffic stop on I-85 in Greenville, near White Horse Road. One of the occupants in the vehicle started a struggle with the officer. He had refused to produce identification and was told he was under arrest. When Sgt. Jumper arrived, the suspect was “actively fighting and resisting deputies’ lawful arrest,” according to the affidavit. The man continued to fight both the deputy and the Sgt. by “physically assaulted them by pushing, striking, and pulling away.” The suspect continued to resist arrest by Sgt. Jumper, getting back into his car, then purposely driving the Nissan into heavy oncoming traffic.

The fleeing suspect continued to drive away, dragging Sgt. Jumper alongside the vehicle. He went straight into oncoming traffic, causing a collision, which resulted in the officer’s death. Sgt. Jumper was unable to free himself from the car and the suspect. As the driver caused one collision, an 18-wheeler then struck Jumper and the Nissan, killing him immediately.

The arresting affidavit stated that the suspect did “with malice aforethought kill Sgt. Conley Jumper, during the commission of, or in the flight therefrom, a felony and/or Ray Kelly did kill Sgt. Conley Jumper with extreme reckless indifference in the value of human life”. Investigators also found a handgun and evidence of narcotics in the vehicle.

Sergeant Conley Jumper spent 28 years of his life serving the community through his work with the Greenville County Sheriff’s Office. He most recently was on the Interdiction Team, and to honor his memory, he was posthumously entitled with Sergeant’s rank from the position of Master Deputy Sheriff. Greenville County was founded in 1786. The county was located in the Ninety Six District and was serviced by a district sheriff.

In 1808, South Carolina enacted legislation allowing citizens to elect their own sheriff for their county. The Greenville County Sheriff’s Office has grown since that first election into a full-service modern law enforcement agency that protects and serves more than 450,000 residents.

Sergeant Conley Jumper leaves behind his wife, daughter, parents, and sister. As a family, they grieve the loss of a hero. The community, neighbors, and friends will share the grief and honor with them as they come together to celebrate Jumper’s life and legacy.

Dr. W. Burke Royster, Superintendent of the Greenville County Schools, gave a brief statement regarding the loss of a beloved officer who had done so much for students. “On behalf of Greenville County Schools, we want to extend our prayers, sympathy, and support to the Greenville County Sheriff’s Office. Prior to his current assignment, Sgt. Conley Jumper was a longtime member of our School Enforcement team, and I was fortunate to know him and consider him a friend. His large physical presence was only a small part of who he was. He was a man who lit up a room with an infectious smile, a great sense of humor, and a passion for service. His ability to connect with people and respect all individuals made him a great deputy. His loss will be felt for a long time both personally and professionally, and those of us in GCS grieve together with his family, his brothers, and sisters in law enforcement, and the countless individuals who considered him a friend.”