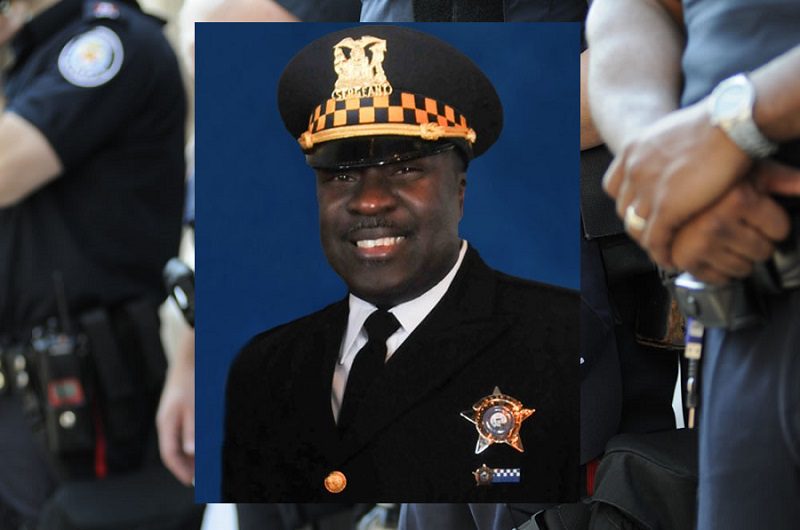 The city of Chicago has lost another officer to COVID-19. The Interim-Superintendent Beck called the virus a killer. He stated the “coronavirus is a difficult murderer to trace.”

Sergeant Clifford W. Martin Sr., age 56, was the second Chicago officer to have died from the virus. He had spent 25 years serving the public with the Chicago Police Department. A local, Martin had grown up in a housing development in Chicago. He worked hard as an officer, proving his value to the department and the city. Over the 25 years he served with the department, he became the most “respected detective in the Chicago Police Department.”

Sergeant Martin’s widow made a statement to the Chicago Mayor Lori Lightfoot that she wanted his death to serve a purpose, a warning to the residents of Chicago.

Lightfoot gave a press conference regarding the loss of Sergeant Martin. Sgt. Martin gave his own life in the service of others. Do not force our officers to be called upon to break up gatherings, in our parks and streets. This disease is real, and it is deadly. And when you do gather, you’re not only putting yourself at risk, but you’re putting our officers at risk as well.”

Interim Superintendent Beck spoke about how law enforcement is dealing with the virus. “Unfortunately, this is a very, very difficult murderer to trace. I mean, if you want to describe the cause of death by the virus, I guess you could extrapolate that it’s a murder by a virus. But that’s not a technical term. That’s a term of art I just use.”

On April 10, the Chicago Police Department reported that the number of positive cases within their department was 151. The positive tests belong to 144 officers and seven civilians. The death of Sergeant Martin is the second death in this department. Departments across the country are losing officers as well.

The Chicago Police Department has a newly appointed Superintendent. Superintendent David Brown talked about his priorities of boosting the morale of his officers during this pandemic. His officers are on the front line in a war against both crime and an invisible threat.

Beck, in a press briefing, assured the public that currently, the Chicago Police Department has enough PPE for now. He also stated this regarding having protective equipment. “I think that you know, people want something, some magic protection when there really is not such a thing.”

The Chicago Police Department is the second largest in the country, behind New York City. They have more than 13,500 sworn officers, along with approximately 2000 other civilian employees. Behind cities like Boston, it is considered one of the oldest police forces in the world. It was officially established in 1835. The Superintendent of Police is the head of the entire Chicago Police Department. Many ranks follow underneath the Superintendent in a set structure where officers earn their positions or stripes to excel or get promoted within the department.

Chicago Police wear a five-pointed star-shaped badge. Within the department, it is referred to as a star, not a badge, unlike other police departments, which usually have a standard shape to their badges. The color of the stars, usually silver, indicate the rank of the officer. If the color is gold, with sharp points, then the officer is of a command rank or higher. However, like most American police departments, you can find the officer’s position written above their patch.

Sergeant Martin had given his entire career to this department. He started at the beginning and worked his way up. Eventually, he was even considered one of the most respected detectives in the department. Many other officers viewed him as a mentor and looked up to him for answers when they needed it. Over the 25 years he spent with the department, he received several commendations.

A Blue Family Loses Their Leader

Sergeant Clifford W. Martin Sr. leaves behind his wife and three children. He also had extended family as well as his extensive blue family. To all of them, he was a leader, a teacher, and a mentor.

Of his three children, two of them followed in his footsteps and became police officers. CPD Chief of Detectives Brendan Deenihan spoke of Sergeant Martin and how incredibly proud and excited he was to be the one to pin his daughter. It was a family affair, as later, his daughter had the honor of pinning her brother into the force.

Deenihan also had this to say about the type of mentor Sergeant Martin was to his children. “Cliff would even send his kids a police ‘Tip of the Day,’ his wife told me, where he would text them tips on how to handle specific assignments that he knew they would encounter while on the job. As a sergeant, he always just wanted to be with his guys; he would often remark. He just wanted to teach the detectives the right way to do the job, and the right way to do things in general.”

Mayor Lori Lightfoot said this to the public at a press conference, about how to honor the death of Sergeant Martin in light of the COVID-19 epidemic. Do not force our officers to be called upon to break up gatherings, in our parks and streets. This disease is real, and it is deadly. And when you do gather, you’re not only putting yourself at risk, but you’re putting our officers at risk as well.”