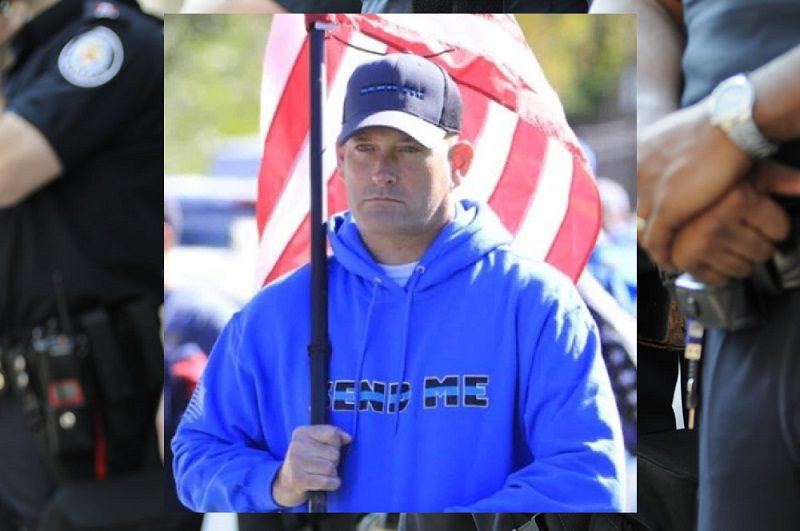 The Glen Ridge Police Department announced the loss of one of their officers to coronavirus. On Monday, May 11, 2020, Sergeant Charles ‘Rob’ Roberts III, died from complications arising from contracting COVID19 on the job. There had been a serious outbreak in the government buildings and the police department.

Sergeant Roberts, age 45, has served with the Glen Ridge Police Department for 20 years. The department chose to honor him with posthumously awarding Officer Roberts the rank of Sergeant.

Roberts had been rushed to the intensive care unit in critical condition at Mountainside Medical Center in late April. Officer Christopher Grogan and others, including members of the volunteer ambulance squad, found Roberts in crisis and had to resuscitate him at his home. His heart had stopped beating. His friend and coworker Grogan had this to say about the situation. “When we arrived at Rob’s house that day, it was different. Something that we would’ve never imagined.”

Grogan went on to say this about Sergeant Roberts. “Rob was a protector, defender, and champion of this community.”

The community was so overwhelmed with Sergeant Robert’s condition, that they offered support for him and his family. Across his hometown, where he had served so many, the community came together, posting signs of encouragement and blue hearts on their doors, windows, and trees.

New Jersey has been one of the hardest-hit areas for COVID19. According to John Hopkins University, who is tracking the virus, New Jersey has the second-highest death toll in the country. New York is first. There have been at least 11,144 residents in New Jersey who have died from coronavirus. As of Memorial Day weekend, the total cases in New Jersey total 155,092 residents.

Divisiveness has swept across New Jersey and the entire country regarding quarantine. Science and health authorities are continuing to suggest social distancing and other safety measures. Some residents are fighting back, pushing a movement towards reopening. This conflict has created many additional calls to police, and possible exposure for them as some residents refuse to wear a mask.

Sergeant Charles ‘Rob’ Roberts III gave 20 years of his life serving his community and working for the Glen Ridge Police Department in New Jersey. He was well- known in the community, especially for his smile. It was known to be contagious.

In the history of the Glen Ridge Police Department, Glen Ridge was a section or subdivision of Bloomfield, known as “the Hill.” Glen Ridge became incorporated in 1895. Secession from Bloomfield occurred over a battle over tax dollars and how they were allocated in the community.

The first entry into an official Police Blotter for the Glen Ridge Police Department occurred on May 20, 1895. The entry describes the hiring of the first officer, Thomas Cullin, who was assigned to work 12 hours a day for $50 a month. The small book is a treasure to the department as it describes each step of growth they experienced over history. It also includes details of how, in the early 1900s, a rash of burglaries created a need and concept for using K-9s for police work.

Sergeant Charles ‘Rob’ Roberts III is survived by his wife and three children. There were many other family members, extended family, friends, and coworkers who are mourning the loss of Roberts. To honor his service, the department gave him the promotion.

An official procession occurred to honor his service to the community. With bagpipes playing, his wife, Alice, and his three children walked slowly, in tears behind his hearse as they slowly went down the street. Many law enforcement officers were involved, including standing silently and saluting Sergeant Roberts as he passed. The procession was live-streamed for thousands of residents who had been giving a great deal of support to Roberts, his family, and the police department.

His father, in grief, made this comment to other officers who came to support the family. “Thank you for keeping him safe for 20 years. Honor Rob by staying positive and reaching out to others.”

Police Chief Sheila Byron-Lagattuta described Roberts as committed to his duties as an officer and his community. She stated that “he served with honor, strength, and courage and did it all with a contagious smile.”