In Memory of Sergeant Ben Jenkins 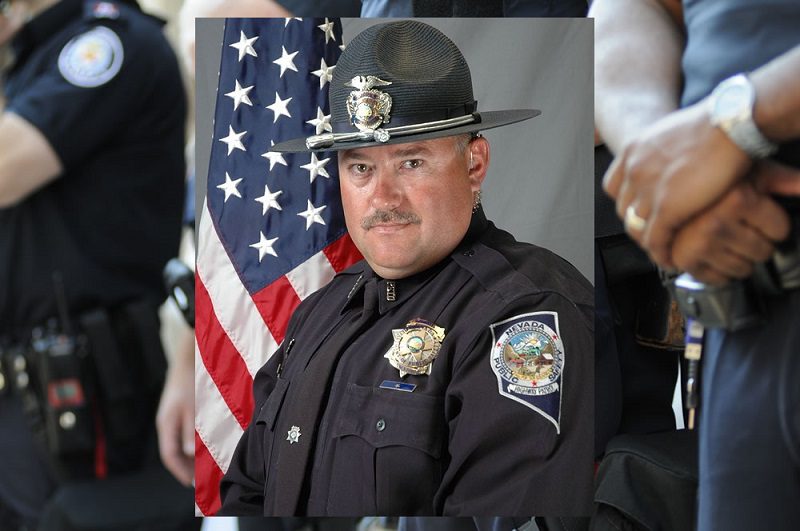 Just before 6:00 am, on the morning of Friday, March 28, 2020, Sergeant Ben Jenkins stopped to help a stranded motorist on U.S. 93, just outside the town of Ely, Nevada. He was then ambushed by the motorist who pulled out a weapon and fired on Sergeant Jenkins. After shooting the Sergeant, who had offered assistance, the gunman then stole the officer’s shirt and badge he was wearing. He then fled the scene of the crime wearing Sergeant Jenkins’ shirt and took his patrol vehicle. Sergeant Ben Jenkins was pronounced dead at the scene.

A massive search began in White Pine County. Multiple agencies were involved in hunting for the suspect. After several hours, the 65-year-old man from White Pine was captured and taken into custody. He was found after he had crashed the Sergeant’s patrol car. Charges are pending for the defendant.

Sergeant Ben Jenkins was 47 years old and had spent his career serving the citizens of his home state of Nevada. An Elko native, he began his time with the Nevada Highway Patrol in 2008 as a Trooper in Jackpot, Nevada. He was promoted in his home town of Elko to Sergeant in 2013.

Jenkins was a military veteran of both the Army National Guard and the Air National Guard. Before joining the Nevada Highway Patrol, he served with the Nevada State Fire Marshal Division as a training officer. Jenkins also worked for the Nevada Division of Forestry as a crew supervisor and served with the Spring Creek Volunteer Fire Department as an Assistant Fire Chief. He spent his entire life devoted to the people of Nevada.

The Nevada State Police began its history in 1908 and was originally created to provide statewide enforcement and police presence during labor strikes in the mining communities. However, once Henry Ford made the automobile available to all Americans, the move was made to begin enforcing the rules of the roads and highways in the state. The first Nevada State Highway Patrolman was hired on June 23, 1923. Nevada was one of the first western states to have a statewide highway patrol division.

By 1934, the division had grown to three officers, and it called for a line-up of vehicles. Each officer was given their own silver patrol car with gold stars on the door, and the patrol vehicles included red lights and sirens. Sergeant Jenkins served with one of the original three divisions, as he was assigned to the Elko division, in his hometown.

Today, the Nevada Highway Patrol has grown significantly since its beginnings, now employing more than 430 officers and 135 civilians. They are headquartered in Carson City, Nevada, and has four command centers.

A Large Family Left Behind

Sergeant Ben Jenkins leaves behind his family, consisting of his mother, his wife, four children, and five grandchildren. He was the leader and strength that a large family loved and depended on every day. They are now mourning the loss of this senseless tragedy.

Nevada Highway Patrol Director, George Togliatti, had this to say about the fallen officer. “Without question, Sgt. Jenkins was a hero to his community, his law enforcement colleagues, the State of Nevada, and our country. This tragedy is a tremendous loss for the Nevada Highway Patrol, his family, and everyone Sgt. Jenkins touched during his long and honorable career in public service. My thoughts and prayers are with his loved ones during this period of mourning.”

To honor Sergeant Jenkins and his family, Nevada State Governor, Steve Sisolak, has ordered all U.S. and state flags to be flown at half-staff until Monday, March 30, at sunset.

Funeral arrangements are pending and may be delayed due to social distancing requirements for the current coronavirus pandemic.