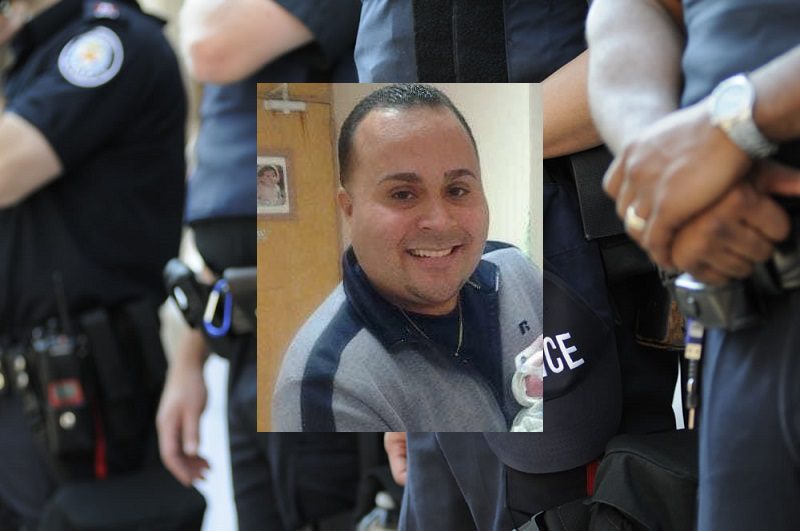 Puerto Rico officials were saddened to announce the death of one of their beloved officers. Sergeant Alvin R. Sugrañes-Lebrón, age 37, was shot and killed on Wednesday, September 16, 2020. The Sgt. was shot and killed outside the gate of the Guayama 500 Correctional Facility. Another correctional officer attacked Sugrañes-Lebrón. This incident was a case of officer on officer violence.

The suspect came to the gate and demanded to see several other officers who worked at the facility. He was denied access to the facility. Sergeant Alvin R. Sugrañes-Lebrón asked the agitated officer to wait as he contacted a supervisor. As the supervisor approached the gate, the suspect opened fire on Sgt. Sugrañes-Lebrón. The shooter had killed the Sgt. instantly as he had shot him directly in the face.

As a fugitive task force searched the area, they cornered the suspect and began negotiations. During the negotiation process, the suspected shooter turned his gun on himself and committed suicide.

These events unfolded after the shooter had murdered another female corrections officer, who also worked at the facility, for rejecting his proposal for reconciliation. He murdered the woman in front of his apartment on Sanibel Island. After the shooting, he wanted to talk to several of his colleagues. Sgt. Sugrañes-Lebrón, the department gunsmith, arrived at the main gate to deliver a long gun to the officer. There was no connection between the shooter and the Sgt.

Immediately after the shooting, the suspect drove back to his residence. His residence was located in Patillas. He then telephoned his neighbor, whom he had been disgruntled with over a wall being built dividing their properties. When the neighbor came outside on his back deck, the corrections officer shot and killed him. The shooter then hid in a wooded location until he took his own life.

Sergeant Alvin R. Sugrañes-Lebrón served his community, family, and neighbors by providing safety and protection to all those around him. He served as a member of the Puerto Rico Police Bureau. The Bureau manages all law enforcement on the island. They are also the ‘state’ police force.

After 2012, the Puerto Rico Police Bureau expanded to more than 17,000 officers, making it the second-largest police force in the United States, second only to New York. For operational purposes, the Bureau is divided into 13 regions or department divisions. This division is to help organize and maintain local departments over an area.

The Puerto Rican Police Bureau was initiated in 1899. Currently, they have cut back on the number of officers to approximately 12,000, but are still the second-largest force in the country. Before its current status, the island of Puerto Rico had its original police force, known as the Puerto Rico Civil Guard, established in 1839 by its then Spanish governor.

Loved Ones Pay the Price

Sergeant Alvin R. Sugrañes-Lebrón is survived by his beloved wife and child.

Mayor of Monaubo, Jorge L. Márquez Pérez, expressed his sorrow over the events. “It is very unfortunate that this has happened; we sympathize with all the families who are going through this difficult time. These are things that are not common in our town, but at the time that happens as a town, as a small city, as a city that we know each other, we all feel deep pain.”

The Mayor continued in his comments about the tragedy that unfolded. He showed concern for the victim and the family of the shooter. “It is a very good family, a very dear family, all of them… I know their family (from Montes Collazo) from their father, mother, I know them. They are things that usually happen and that the moment they happen, you put yourself in their place. It is a very difficult moment, a very painful moment; you have to hold on to the Lord’s hands and then let him be the one who gives strength to all of them. I knew him from his relatives, because I know he was a servant within the Department of Correction.”

The Knox County Sheriff’s Office posted their condolences on social media. “Sheriff Tom Spangler and the Knox County Sheriff’s Office sends our condolences and prayers to our brothers and sisters in blue with the Puerto Rico Department of Corrections and Rehabilitation. Please remember Sergeant Sugrañes—Lebron’s family, friends, and colleagues as they mourn this tragic loss.”