In Memory of Sergeant AlTerek Patterson 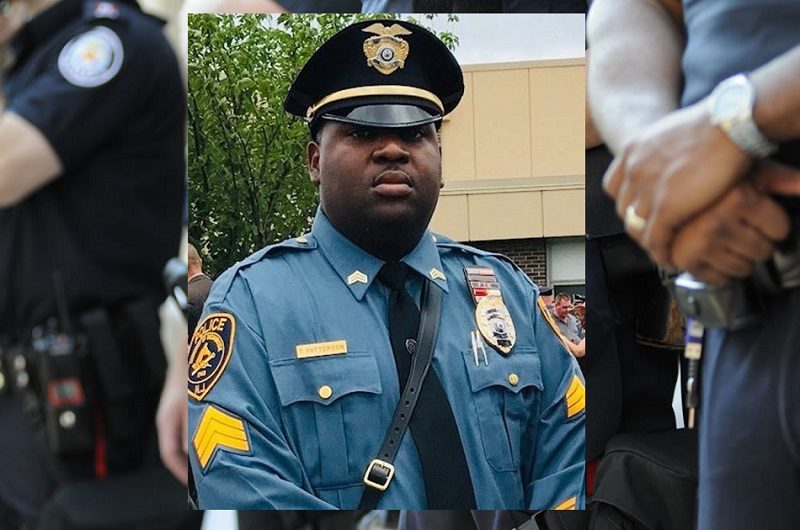 On Sunday, April 12, 2020, Bedminster Police Sergeant AlTerek Patterson lost his life due to complications arising from contracting COVID19. Officer Patterson, age 38, had served the New Jersey area with the Bedminster Police Department for 14 years. It is thought that he contracted the virus through his duties as a police officer.

Police Chief Karl Rock made a brief statement to the press regarding the loss of one of his officers. “Sgt. Patterson fought a courageous battle against COVID-19 and unexpectedly passed away early this morning. Sgt. Patterson always had a smile on his face and touched the lives of so many residents at their time of need.”

Patterson had graduated from Somerset County Police Academy Recruit Class in 2005 and began working for the Bedminster Police Department in January 2006. He was very goal-oriented and had told others that he had his sights set on becoming chief of the department one day.

Sergeant Patterson served the citizens of Bedminster for 14 years through the local police department. The Bedminster Police Department was formed shortly after the attacks on Pearl Harbor in 1942. It was a small department that began with one full-time officer to cover the township. In the early 1970s, the department expanded to four officers full time; however, it was not yet a 24-hour service operation. For the township of Bedminster, it was in 1980 when they first had enough officers working full time to cover 24-hour shifts, seven days a week.

Mayor Lawrence Jacobs gave his assessment of his review of Sergeant Patterson from the qualifying interview before the board for his promotion to Sergeant in 2014. “During the interview session, he answered each question confidently and with quiet authority,” he recalled. “He recognized that policing in Bedminster was community-driven, and his work demonstrated that he had the unique ability to connect with everyone he met.”

Those Left to Mourn, Saying Goodbye

His wife and three children survive sergeant AlTerek Patterson. He had one eight-year-old child and a set of two-year-old twins.

Bedminster Mayor Lawrence Jacobs spoke of his condolences to the family and the community for losing such an excellent officer. “On behalf of the Township Committee, our hearts go out to his wife and children and all his family and friends. I want them to know that AlTerek Patterson will forever be part of the Bedminster community. For many of our residents, Sgt. Patterson was the face of the Bedminster police department,” he added. “With his charming smile, calming demeanor, and sense of fairness, he was perfectly suited as a Bedminster police officer.”

A friend and fellow officer from the Piscataway Police Department, where Sergeant Patterson lived with his family, posted this about the loss. “As first responders, we put our lives on the line every day, and in this case, we are fighting an enemy that we cannot see, COVID-19. However, as always, we stick together and put the public first. Please rally together with us and AlTerek’s youngest brother, New Jersey State Trooper Michael Patterson, to support AlTerek’s family during the most difficult time of their lives.”

Governor Phil Murphy took a moment to honor Sergeant Patterson when he addressed the state and the country during his daily briefings. “His wife, Brandi, and their children are in our prayers along with everyone in Bedminster who served alongside Sgt. Patterson and all who looked up to him. And many looked up to him as a role model. God bless him.”